Christmas in the Pines 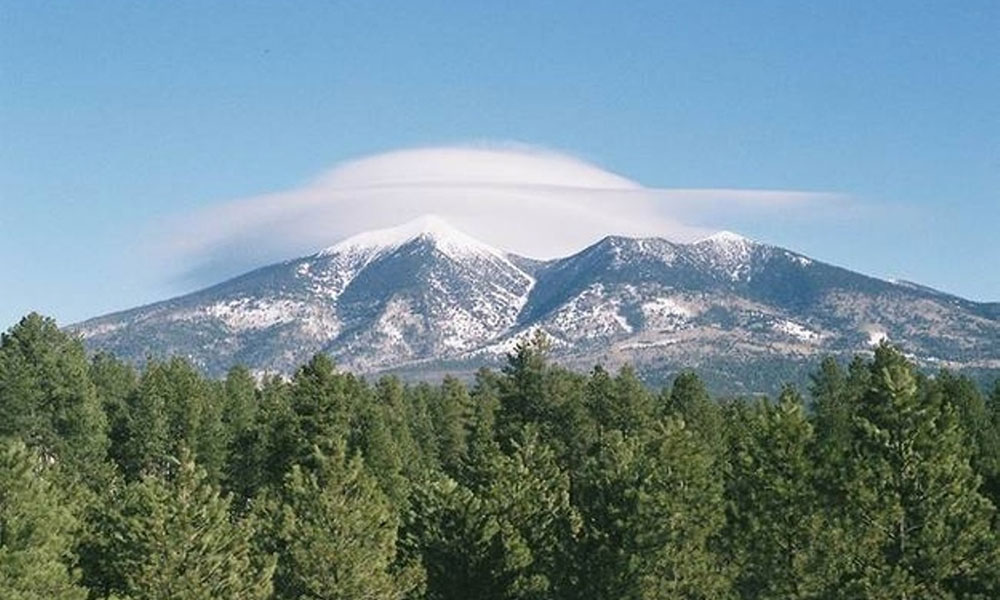 The first recorded Christmas in Northern Arizona north of the Gila River took place in 1853 at the foot of the snowy San Francisco Peaks where the city of Flagstaff is today. And, it was a wild and wooly affair.

The celebrants were members of the Army Corps of Topographical Engineers, their military escorts and helpers who were at the time, mapping a future transcortical highway and railroad to California. The region had only recently become a part of the United States and the topographical engineers were the frontier’s rendition of America’s Astronauts of the second half of the 20th century. Secretary of War Jefferson Davis called upon them to survey and map it.

The scout for the survey was the legendary, Antoine Leroux, a veteran of some thirty years in the mountains with plenty of experience finding and making trails.

The officer in charge of the little expedition was a young man named Lt. Amiel W. Whipple. Earlier Whipple had equipped and provisioned his men at Albuquerque before heading west along the 35th Parallel. By December 23rd, they had reached the San Francisco Peaks where they were greeted by a raging snowstorm that brought them to an abrupt halt.

Since the next day was Christmas Eve Whipple decided it would be a good place to hole up for a couple of days and let the bone-weary men and animals rest.

While unpacking the mules, Lt. John Jones, head of the military escort, discovered a hefty supply of rum and wine that had been cached by the men who wanted to “gladden their hearts” on those cold winter nights. He also fished out a carton of fresh eggs that had been stowed in the grain sacks so they could survive the rigorous journey.

This unexpected surprise inspired the enterprising lieutenant to concoct a special Christmas eggnog. So while the cooks were busy preparing a Christmas banquet, Jones was busy mixing bottles of liquid refreshment in a huge kettle hung over hot coals. Next, he stirred in the eggs and added a few items from his own secret recipe.

That evening all hands were invited to dip their tin cups into the kettle and enjoy the Christmas cheer.

The next few hours were spent around the campfire.

“We sat in a circle,” Baldwin Mollhausen, the noted German artist and naturalist who chronicled the expedition wrote, “smoked, drank toasts and told jokes—hearts became lighter, blood ran more swiftly in the veins and all joined in a hearty songfest that echoed through ravines and mountains that must have sadly interfered with a night’s rest of sleeping [wild] turkeys.”

The celebration was appropriately enough, multicultural. The joyous Mexicans sang their native coridos complete with whoops, howls and they even performed a moving pastoral. A couple of them had been captives of the Navajo and they performed dances learned during their years of captivity.  Some of the soldiers warbled beloved traditional Christmas carols while the soldiers from the South sang Negro spirituals learned in their youth.

Earlier Whipple had dispensed some of the surplus gunpowder to the Mexican sheepherders, who proceeded to use it in the celebration. At first they fired pistols and rifles into the air but soon graduated to salvos. The resounding shock waves knocked clumps of snow from the pine branches. The fireworks reached a sparkling climax with an impromptu pyrotechnics when one of the sheepherders threw a firebrand into a dry pine tree. The dead needles, rich in resin, sent flames and sparks high above the trees.

The fearless Leroux sat quietly, taking in the revelry. He looked off into the piney woods and opined, “What a splendid opportunity if would be for the Indians to surprise us tonight.”

Fortunately, there were no war parties on the prod that night. After all the gunpowder and Christmas cheer was gone, the hearty celebrants crawled into their bedrolls and called it a night.

According to Mollhausen, Christmas Day was “spent in perfect quiet,,,,” It was another way of saying all hands were pretty hungover. But they hadn’t forgotten the true meaning of Christmas, for he added poetically, “We looked up at the sublime summits of the San Francisco Mountains and needed no temple made with hands wherein to worship our creator.”