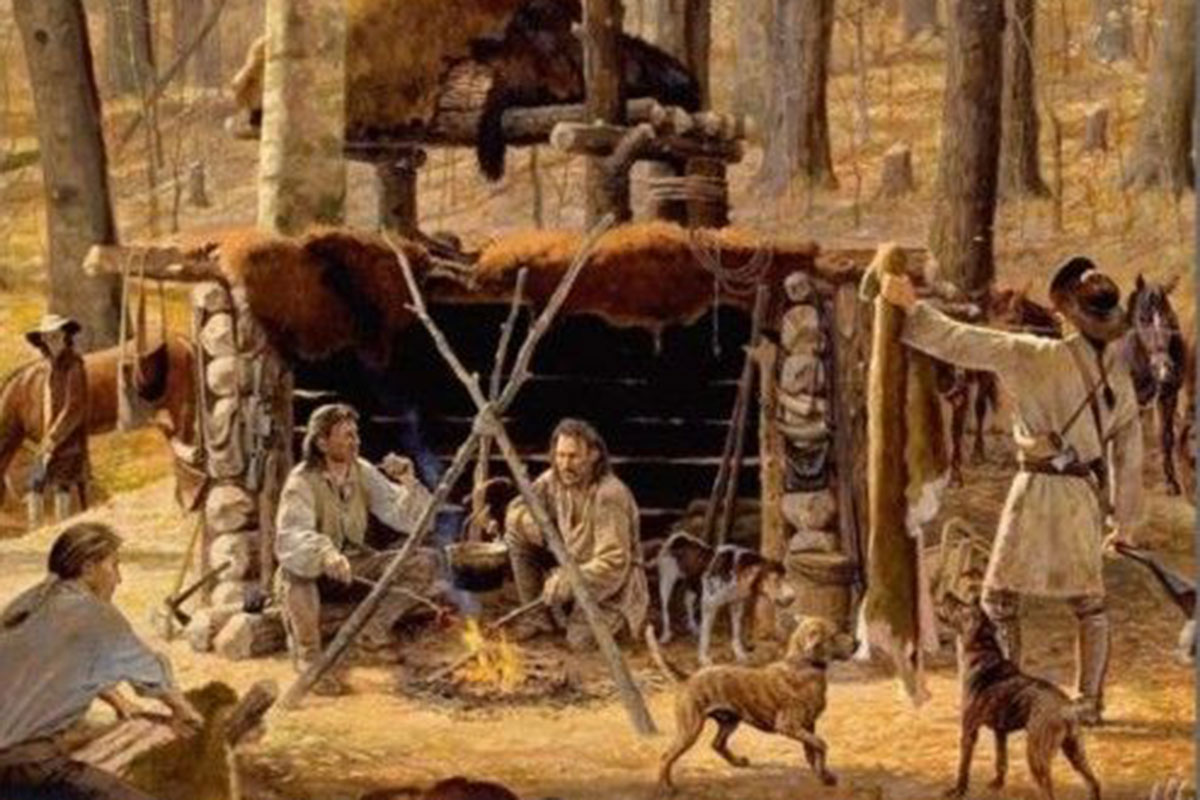 Basically there were only two types of trappers, the engage, or lowly company employee who worked for wages and the enterprising aristocrat of the trade, the free trapper. He went where he pleased, trapped wherever and whenever he pleased and could sell his pelts to the highest bidder. If the situation warranted it he would band up other free trappers voluntarily. Others like Old Bill Williams preferred to go alone.

When the free trappers banded together for self-preservation usually elected a partisan, or captain, to act as leader. He was always a veteran of the trade and a proven leader. Like the Indians choosing a war chief, his most important attribute was the ability to keep his men alive.

The partisan had nearly as much authority as did the captain of a ship. One of the greatest of these in the Southwest is today, a little-known man named Ewing Young. Young was one of the first Americans to enter Santa Fe, making the trek down the trail with William Becknell in 1822. He would lead several parties of trappers into the dangerous Gila River country that is today, Arizona.

He was also leader of the first American group that viewed the Grand Canyon. Young also served as mentor for a youngster who was a runaway from his job in a saddle maker’s shop where he’d been indentured at the age of sixteen.

Like many, he also come down the Santa Fe Trail in search of adventure. His employer had offered a reward of one penny for his return.

Trapper, trailblazer, scout, wilderness guide, Indian agent, pathfinder for John C. Fremont “The Great Pathfinder” and Civil War general, Kit Carson, would prove to be worth a lot more to his country in many ways before he cashed in his chips in 1868.