The Horse Returns to North America 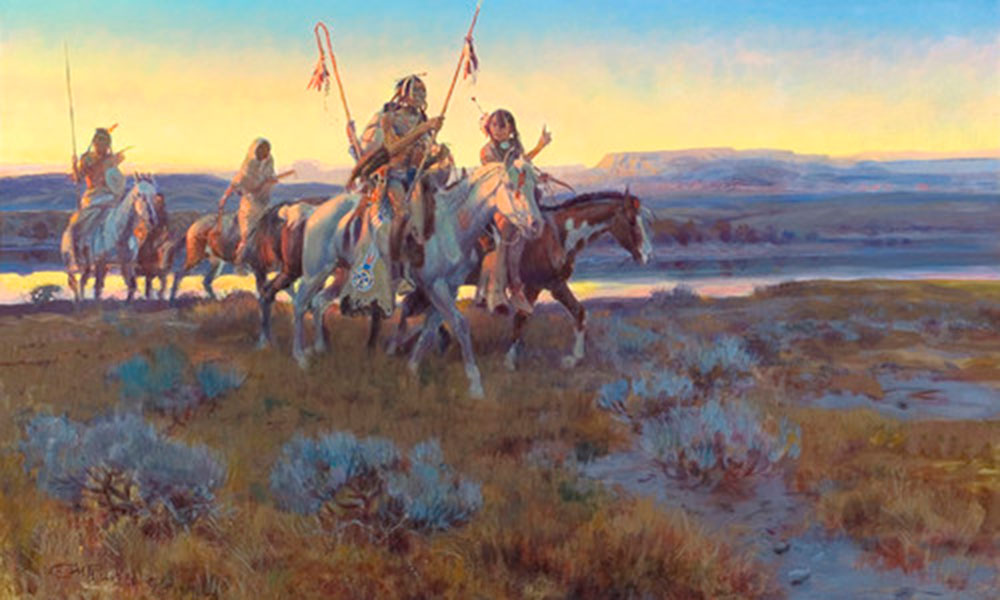 The end of the Pleistocene epoch, a geological period spanning roughly 2.5 million to 12,000 years ago brought about climate change to animals in North America. Among those was a four-legged critter about the size of a large dog. It survived only because of the Bering land bridge connected Alaska to Siberia enabling the horse to cross into Asia and head west. Over the millennia the horse evolved. Several thousand years later, the horse as we know it today arrived in Mexico in 1519 with Cortez’s conquistadors.

The earliest horses, some fifty-six million years ago are called dawn horses. They had four toes and were the size of a dog or about two feet high at the withers. Over time they evolved to three toes then two and finally one-toe (the hoof). They quickly proliferated far and wide. The horse existed in North America for fifty-six million years because unlike many other animals, they were adaptable to climate change.

They began to decline in numbers beginning about 37,000 years ago and were nearly extinct by the time humans arrived 12,000-15,000 years ago.

There’s a good chance the humans crossing over the Bering Strait from Asia crossed paths with the dawn horse heading for Asia not realizing they would meet again in the distant future.

The acquisition of the horse in the 1600s brought immediate and sweeping changes to the Plains Indians. It gave them wide range and mobility for hunting and warfare. It brought about the most glorious period in their history and they built an entire culture around it.

The greatest of these “Horse Indians” were the Comanche, who were as you know neighbors to the east of the Pueblo. There are many anthropological books in libraries on the Navajo, Apache and Plains Indians that have much information on how they broke horses.

The Comanche became expert ropers and popular way to capture and break a young horse was to rope him, choke him to exhaustion and while the horse was down on the ground the captor would then blow his breath into the nostrils of the animal and remove the “wild hairs” around its eyes. A headstall or hackamore, a loop was placed around the jaw and tied at the neck. The horse would then be attached to a gentle mare. The warrior would then handle him enough to get him used to being around humans. After a few days he would be turned loose to be free but would remain with the mare, following her everywhere she went. When it came time to ride the handler would take the horse into deep water or a sand-bottomed creek to mount. This served to take some of the starch out of his bucking and make the landing softer if the horse succeeded in unloading its rider.

Capturing and breaking a wild horse increased their herds but the Comanche was also a top-notch horse thief and stealing them was his stock and trade.

They were also adept at selective breeding, gelding the inferior and using the good ones for breeding.

Getting horses by plunder and especially under dangerous conditions gave the warrior an opportunity for valor and prestige. The Comanche raided for other plunder and scalps but more often than not he preferred to go on horse-stealing forays.

There were a lot of ways to break a horse and over time the Indians adopted some of the methods of the white man and vice versa. Kindness rather than cruelty was always the most effective way to break a horse.

The Pueblo Indians were a village culture rather than nomadic hunters and warriors. Unlike the Plains Indians, had little use for the horse. That’s why the horse isn’t woven deeply into their culture.