The Comanche and his Horse 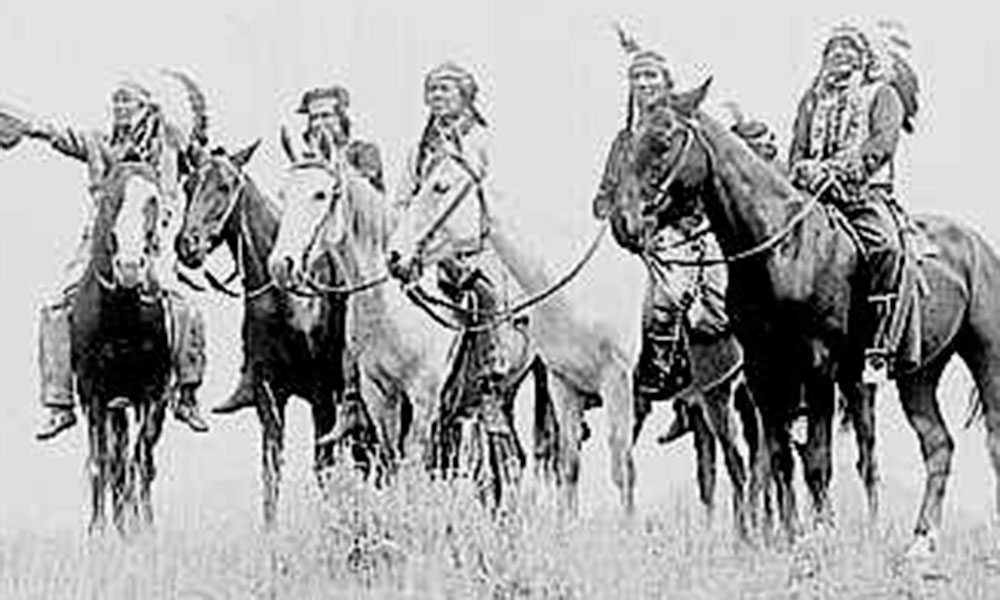 The acquisition of the horse in the 1600s brought immediate and sweeping changes to the Plains Indians. For the first time it gave them a wide range and mobility for hunting and military might. It brought about the most glorious period in their history. The Comanche were the first to acquire the horse referred to them as their “God Dogs.” They built an entire culture around them.

The Comanche became expert ropers and popular way to capture and break a young horse was to rope him, choke him to exhaustion and while the horse was down on the ground the captor would then blow his breath into the nostrils of the animal and remove the “wild hairs” around its eyes. A headstall or hackamore, a loop was placed around the jaw and tied at the neck. The horse would then be attached to a gentle mare. The warrior would then handle him enough to get him used to being around humans. After a few days he would be turned loose to be free but would remain with the mare, following her everywhere she went. When it came time to ride the handler would take the horse into deep water or a sand-bottomed creek to mount. This served to take some of the starch out of his bucking and make the landing softer if the horse succeeded in unloading its rider.

Capturing and breaking a wild horse was good but the Comanche was also an excellent horse thief and stealing them was developed into an art. Getting horses by plunder and especially under dangerous conditions gave the warrior an opportunity for valor and prestige. The Comanche raided for other plunder and scalps but more often than not he preferred to go on horse-stealing forays.

There were a lot of ways to break a horse and over time the Indians adopted some of the methods of the white man and vice versa. Kindness rather than cruelty was always the most effective way to break a horse.

They also practiced selective breeding, gelding the inferior males and breeding the best stallions with their mares.

Rival Plains Indians tribes noted the Comanche affinity for his mounts in their campfire stories noted that in time of danger a Comanche would bring his favorite horses into the tee pee and make his wives sleep outside. They also claimed that when a Comanche copulated with his wife he would mount her from behind and whinny like a stallion.

Artist George Catlin, who was one of the first to write about them wrote: “A Comanche is out of his element and comparatively almost as awkward as a monkey on the ground without a limb or a branch to cling to; but the moment he lays his hands upon his horse his face even becomes handsome and he gracefully flies away like a different being.”

William Blakemore, an Englishman spent eight years with the tribe left this description: “On foot slow and awkward, but on horseback graceful, they are the most expert and daring riders in the world. In battle they sweep down upon their enemies with terrific yells, and concealing the whole body with the exception of one foot behind their horses, discharge bullets or arrows over and under the animal’s neck and accurately. Each has his favorite war-horse which he regards with great affection and only mounts when he goes into battle. Even the women are daring riders and hunters, lassoing antelope and shooting buffalo.”