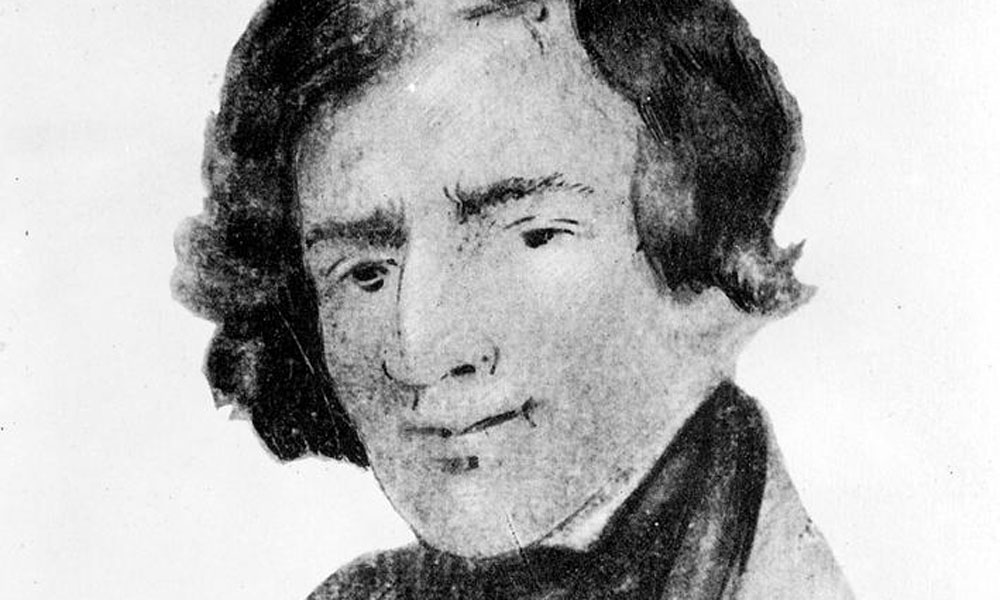 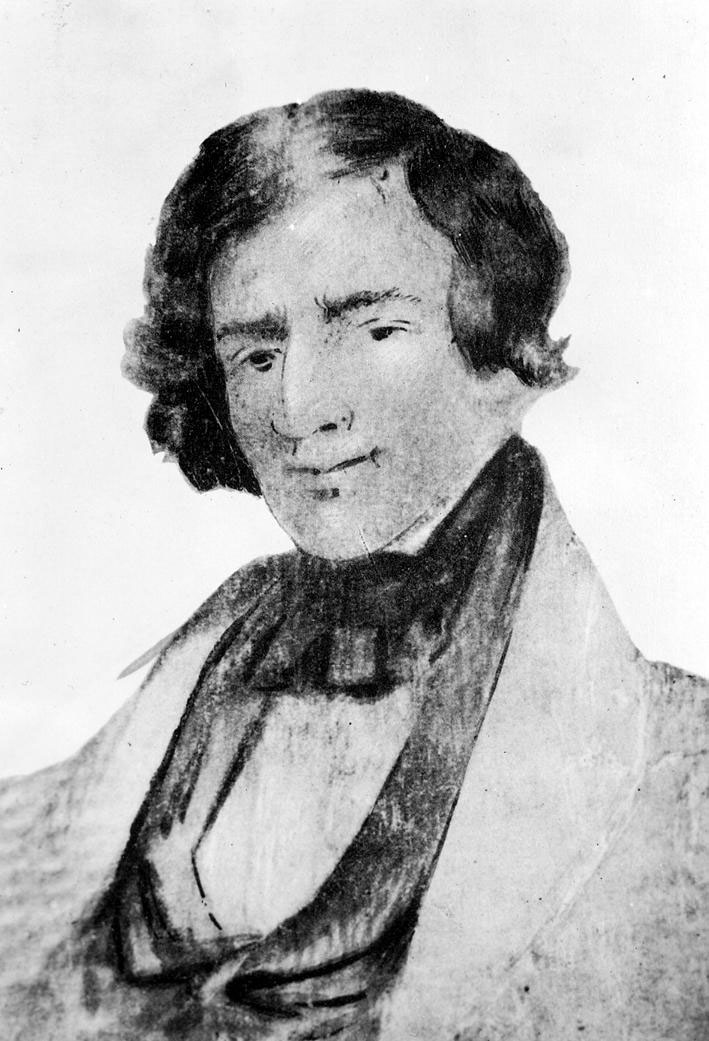 Life in the wilderness took a heavy toll on the health and often the lives of the mountain men.  Those hardy trappers, who roamed the Rockies in the 1820s and 1830s in search of beaver for the hats of eastern gentlemen were exposed to hunger, thirst, heat, snow, and attack—from both Indians and grizzly bears.  Fact and fantasy are mingled in the stories of their heroic survivals and sudden deaths.  And sometimes even the facts were so incredible that true stories were immediately elevated to the realm of legend.

As a pathfinder in the Far West, Jed Smith had few equals.  While trapping and exploring beyond the Missouri, he opened three trails to California and the Pacific Northwest, and had enough adventure to satisfy ten ordinary people.

Unlike most of his rough and tumble companions, Smith neither swore nor used tobacco.  And he seldom took a drink.  But no one ever accused him of being soft.

As a young man he joined the first American expedition up the Missouri River in 1823.  That year he launched out from Fort Kiowa as leader of a band of trappers to the Black Hills.  One day he came face to face with a huge grizzly bear in a thicket.  The bear jumped him taking a firm grip his entire head in his mouth and when the beast finally let go, most of Smith’s skull was laid bare and his right ear was hanging by a thread.

Since none of his companions knew anything about surgery, it was up to Smith himself to direct the repairs.

“One or two of you go for water,” he ordered, “and if you have a needle and thread, get it out and sew up the wounds around my head.  One of his fellow trappers, Jim Clyman, offered to do the needlework while Smith provided surgical instructions.

When his other wounds were all stitched up, Smith was told his ear was beyond saving.

“Oh, you must try to stitch it up some way or other.” He insisted.

While Smith held a mirror in a position where he could see the operation, he calmly told Clyman how to sew it back on and when the operation was finished, Smith mounted his horse and rode back to camp.

During his illustrious career in the Far West Jedidiah Smith left his mark in history.

After the mauling by the grizzly, Smith and his co-partner, Tom Fitzpatrick led the trappers west, wintering at the present day site of Dubois, Wyoming.  From the Indians they learned of an opening in the Rockies, and thus re-discovered the famous South Pass in southern Wyoming.

Smith’s greatest expedition came in the fall of 1826 when he headed south from Great Salt Lake and onto the Colorado Plateau. They traveled along the Colorado River in Arizona then crossed westward into California.

The Californians felt secure in their paradise.  They were well-aware of the Americans and their love of adventure, but calculated it would be at least a couple hundred years before they would be able to cross the Great Plains, find a way through the Rocky Mountains, cross the great Mohave Desert and make it over the Sierra Nevada.

In just four short years, the Americans had arrived.  Smith led the first American party to cross the Great Southwest and reach California.

The following year Smith retraced his path to California.  This time he had a disastrous journey.  They were mauled by the Mohave Indians in Arizona.  Smith lost ten men.  They traveled up into the Oregon country where, on July 13th, 1828, they were attacked by Umpqua Indians.  Of the eighteen men in the party, only Smith and three others escaped death.

Smith decided to retire from the harrowing life of a mountain man but was persuaded, along with his good friend, Tom Fitzpatrick, to take a wagon train of goods to Santa Fe.

Jed Smith’s luck ran out on May 27th, 1831.   They’d been three days without water on the dreaded Cimarron Cutoff when he and Fitzpatrick rode out ahead of the train in search of a water hole.  They separated looking for water.  Smith rode up to a watering hole where a party Comanche warriors were waiting.  In a fight he was able to kill their leader before he was slain.