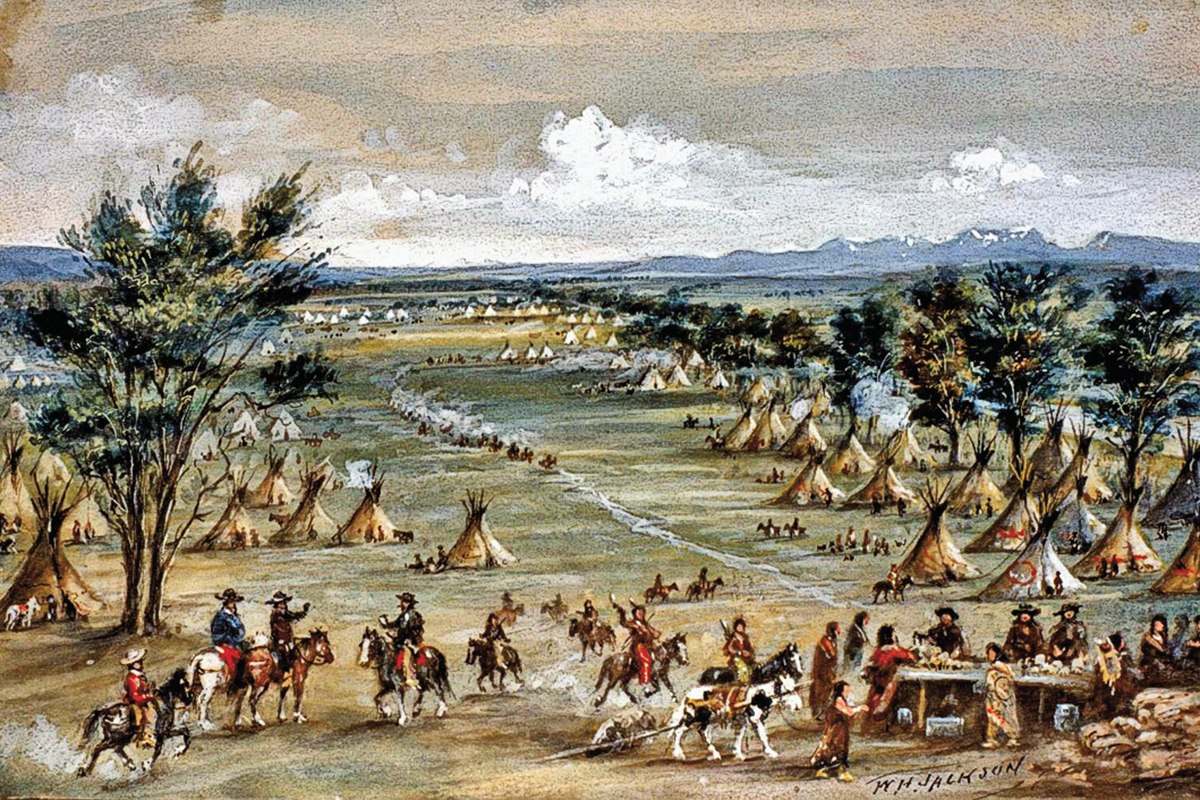 The large French-Canadian trapper Joseph Chouinard is roaring drunk and on a day-long rampage at the annual trapper’s rendezvous on the upper Green River in Wyoming. Chouinard, also known as the “Great Bully of the Mountains,” is abusing anyone and everyone he runs into in the sprawling camp. He picks fights and beats up two or three of his fellow Frenchmen.

In the gunfight, Carson relies on a horse pistol. While no one knows for certain the exact model pistol Carson uses, the time frame indicates it would have most likely been a flintlock, much like the above late 18th-century European horse pistol. Such handguns were commonly found in early America and easily put to use on the frontier years after their first appearance.

After witnessing the collapse of the fur trade, Carson had a chance encounter with explorer John C. Frémont, in 1842, that allowed him to act as a guide and fighter before he joined the fight in the 1846-48 Mexican-American War. In 1849, he moved to Taos, New Mexico; five years later, he became an Ute Indian agent.