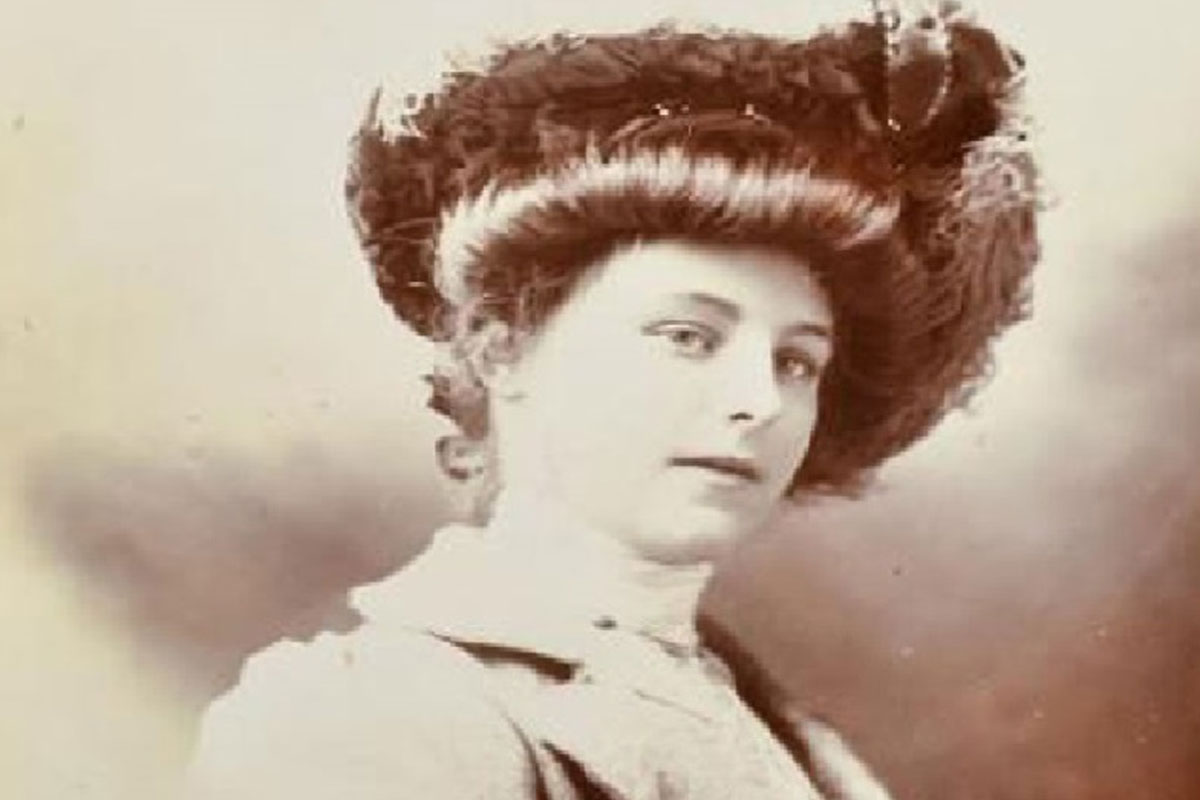 The boom towns of the Old West had a shortage of eligible women and that void for the lusty young men was filled by what were euphemistically referred to as good-time girls, shady ladies, soiled doves and ladies of the evening. An alternative was provided on a
census report that referred to herself as a “ceiling expert,” while another claimed she was “horizontally employed.”

This is the tragic love story of a shiftless, tin horn gambler named Billy Milgreen and two Tombstone prostitutes, Little Gertie the Gold Dollar and Margarita. All three were denizens of Tombstone’s storied Allen Street.

Nobody, except maybe Billy knew Gold Dollar’s real name and how she got it is a matter of conjecture. When the pretty little blonde first went to work as a dancer at the Crystal Palace she called herself Little Gertie.

One story has it the name Gold Dollar was added because someone said her long, golden tresses were the color of a shiny new gold dollar. Another said it was because the price of a short-term love affair with her was a gold dollar. Whatever the case she became Little
Gertie the Gold Dollar. In a town where Lizzette the Flying Nymph, Big Nose Kate and Crazy Horse Lil also resided her handle wasn’t all that different from the others.

Gold Dollar was friendly, had an easy smile and was one of the most popular shady ladies in Tombstone. She was also a feisty gal as later events of the love triangle would reveal.

All seemed well between Billy and Gold Dollar until Margarita, a tall, dark and willow lady arrived in Tombstone. She took a job at the Bird Cage dancing and turning tricks with the customers to supplement her income. One night she laid eyes on Shiftless Billy and
decided to put the moves on Gold Dollar’s man. She figured she’d have no trouble having her way with Billy and physically she’d have no trouble handling the diminutive blonde if it came to fisticuffs. Gold Dollar, couldn’t help herself, she had fallen madly in love with Billy. When she could spare a few moments at the Crystal Palace she’d steal away to where he was gambling and give him a hug and a kiss.

Meanwhile Margarita was trying to get her hooks on Billy. She flirted shamelessly every time he stopped in at the Bird Cage. But what Margarita didn’t know was Gold Dollar had friends who worked at the joint who kept her informed on Margarita’s attempts to steal her man.

One evening, following a tip from one of her friends, Gold Dollar stormed in to the Bird Cage and caught Margarita sitting in Billy’s lap. She grabbed a handful of Margarita’s long dark hair and threw her to the floor. The fiery Latina came up with fists flying. The Gold Dollar was no match for the larger woman so she reached for a stiletto stashed in her garter and stabbed Margarita in the heart.

During the confusion that followed Gold Dollar slipped out the door and left town. She was never seen.

A doctor was called to the Bird Cage, took at Margarita lying on the floor in a pool of blood, declared there was nothing he could do and proceeded to belly up to the bar for a shot of whiskey.

Margarita was laid to rest in Boot Hill. There are many today who believe the ghosts one or both Gold Dollar and Margarita inhabit the venerable Bird Cage Theater.

A few months later Billy also left town. Some believe the two met in one of the many other raucous boom towns.

This story is one that can’t be proven but it can’t be dismissed as a tall tale either. The story has certainly been written up a number of times. But then so has the Lost Dutchman’s Mine. Nobody knows her real name, as most of those shady ladies were careful to hide their identities. Some married and left the trade but m​ost died of alcohol, drugs or disease and were buried in unmarked graves.

It would be next to impossible to find provenance after this many years. The history of prostitution in the towns was omitted when their early histories were written and was therefore covered up in the shifting sands of time.