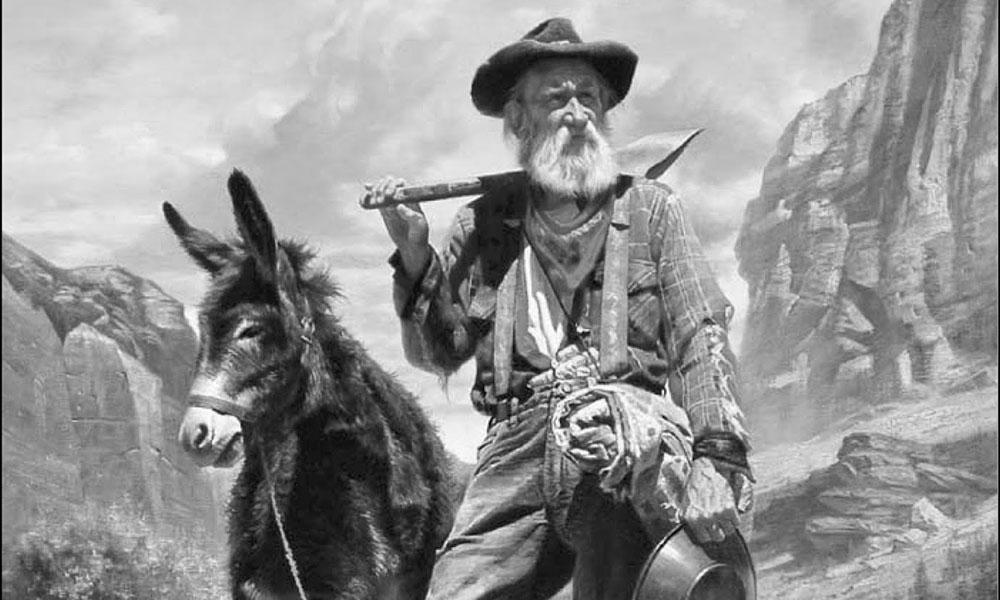 Arizona’s rugged central mountains, with their brawny mountains and twisting, boulder-choked canyons were a perfect place to lose a mine. Coronado’s Argonauts concluded in 1542 although they didn’t find the treasure they found a good place to look for it.

Most of these mysterious mines have a habit of being found then lost again. The stories stay pretty much the same; prospector finds rich treasure, believes he’s memorized the location and leaves or is driven out by Apache but when he returns his mind starts playing tricks and he can’t relocate it.

Such was the tale in the 1870s of two itinerant sourdoughs named Brown and Davies who followed a Yavapai Indian into the narrow canyons in the mountains north of Phoenix. Earlier, they’d seen him pay for supplies with a handful of gold nuggets and they were determined to find the gold and claim it for themselves.

Somewhere along the Agua Fria River just east of today’s Interstate 17 they lost his trail but stumbled upon a granite outcropping laced with pure gold. They quickly filled their saddlebags with some $80,000 in gold and started to leave the narrow canyon when a band of Yavapai showed up and opened fire toppling Davies from his saddle, mortally wounded. Brown, who was some distance behind, dove behind a boulder and returned fire. After a short gunfight the warriors rode away. Brown stashed the bags of ore then memorized the location. Just to make sure he drove his miner’s pick into a tall saguaro.

Brown headed for California where he had a specimen he’d salvaged assayed. The report valued it at $84,000 to the ton. He decided to wait until the end of the wars before returning but on the way back to Arizona he took sick. Figuring some other deserving old prospector should find the gold, he gave a deathbed location of his “Lost Pick Mine” Others searched but the lost mine remained lost. A Mexican sheepherder recalled seeing a pick protruding from a saguaro and claimed he knew exactly where it was but he too couldn’t find the lost pick either. It’s still waiting for some lucky Argonaut to come along.