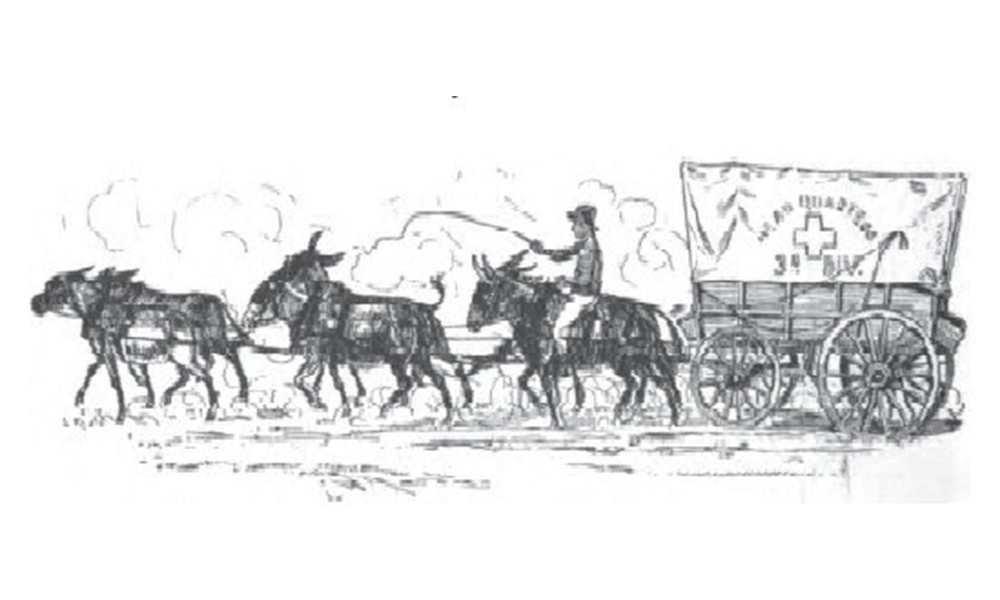 One of the most important military roads during the Apache Wars in Arizona was the General Crook Trail along the Mogollon Rim from Fort Verde to Fort Apache. The road was used primarily in the 1870s before the arrival of the railroads but wagon ruts and blaze marked mileposts on the ponderosa pines are still visible in some
sections today.

Martha Summerhayes, a young Army wife, rode in an ambulance-supply wagon over that rough and sometimes precipitous trail in 1874. Martha had a proper New England upbringing and found it hard to adjust to the coarse language used by the muleskinners to
coax their animals up the steep grades. “Each mule got its share of dreadful curses.” she wrote, “I had never heard or conceived of any oaths such as those. They made my blood fairly curdle…..The shivers ran up and down my back, and I half expected to see those teamsters struck down by the hand of the Almighty….Each teamster had his own particular variety of oaths, each mule had a feminine name, and this brought the swearing down to a sort of personal basis.”

Afterwards Mrs. Summerhayes became a convert. “By the time we had crossed the great Mogollon Mesa, I had become accustomed to those dreadful oaths, and learned to admire their skill, persistency, and endurance shown by those rough teamsters. I actually got so far as to believe what Jack (her husband) told me about the swearing being necessary, for I saw impossible feats performed by the combination.”

Anyone who has ever spat a mouthful of tobacco juice on a mule’s butt from the seat of a wagon could have told her so.