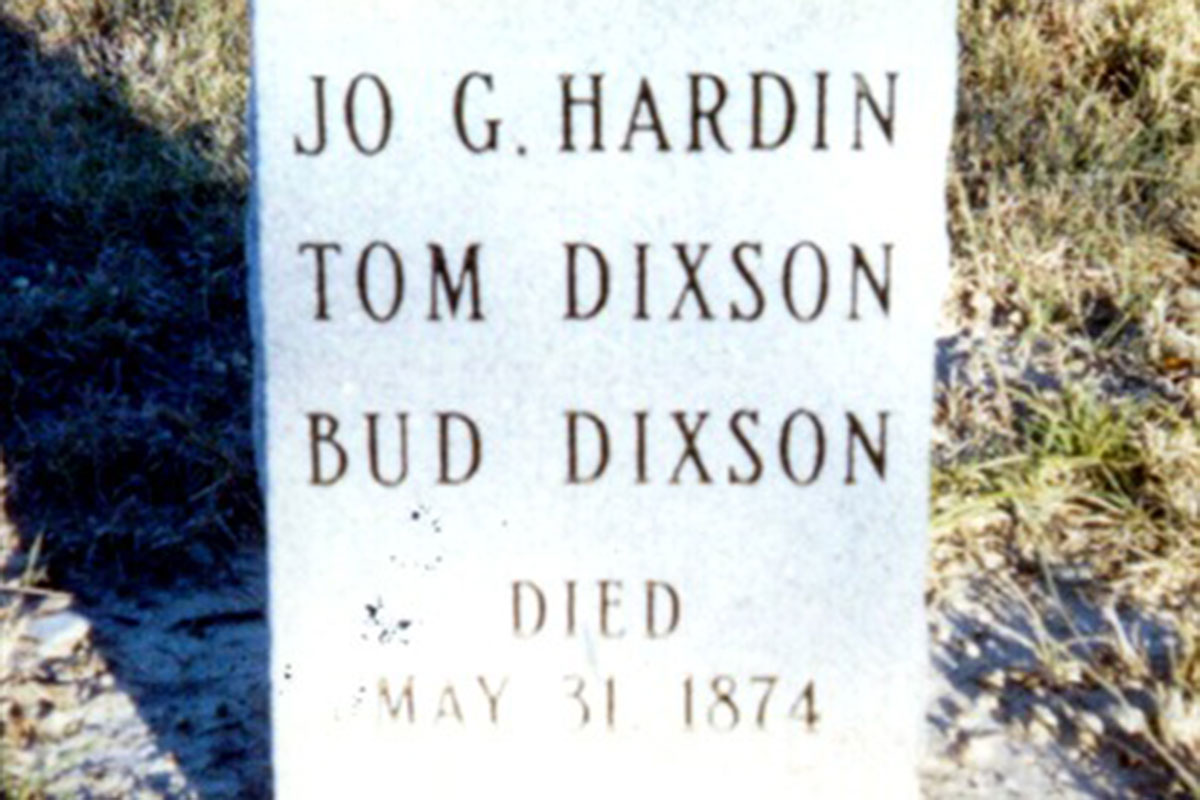 John Wesley Hardin’s older brother Joe had a hard time finding a final resting place.
After Wes killed a Texas lawman in May 1874, vigilantes took their anger out on Joe and
two cousins, Bud and Tom Dixon, lynching them on May 31st. The three men were buried
at the Hardin homestead in Comanche, TX, in a common grave.

But a later owner was unnerved by the grave and wanted the boys moved. So the remains
were exhumed and reinterred at the Oakwood Cemetery in Comanche.