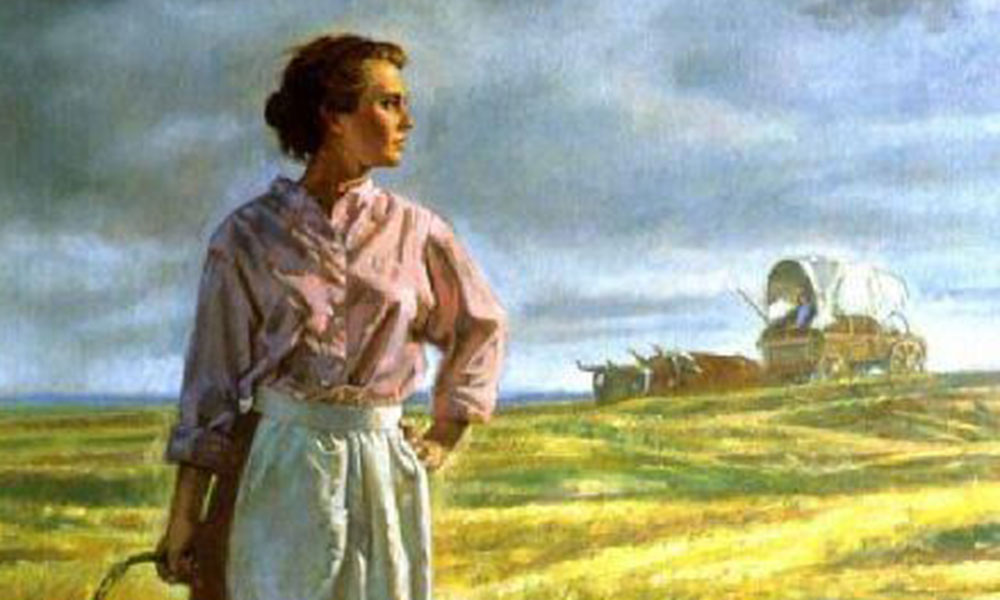 There’s an old folk song titled, “The Waggoner’s Lad” and the first lines were, “Hard luck is the fortune of all womenkind. They’re always controlled, they’re always confined. Controlled by their parents until they are wives, then slaves to their husbands
the rest of their lives.”

Life on the frontier was especially hard on women. The men spent their days working in the fields or hunting and the women spent theirs trying to cooking, washing, taking care of the kids and trying to keep from getting pregnant every nine months or so.

They’d been uprooted, left their friends, family behind, and forced to bear children alone.

The Lane family was traveling on the Overland Trail when a blizzard struck. With only a tent for shelter. Mrs. Lane went into labor and her desperate young husband was her only attendant. They washed off the baby girl with melted snow, and realized she was giving birth again as the storm raged. They all huddled under blankets and waited out the storm. Miraculously, mother, twins and husband survived.

Many a hapless woman clung to the old wives tale that as long as a woman was nursing one child she would not conceive another — only to add another statistic to the old saw, “One in the cradle, one at the breast, and one on the way.”

Death of a child was common but still painful: When Narcissa Whitman lost her 2-year-old she clung to the dead child for 4 days before allowing it to be buried.

Nature created other problems: One woman had to delay fixing a meal when she found a rattlesnake coiled atop a sack of potatoes.

Through it all they accepted their lot philosophically: “Self-pity,” wrote one “is the lowest state to which a woman’s mind can fall.”