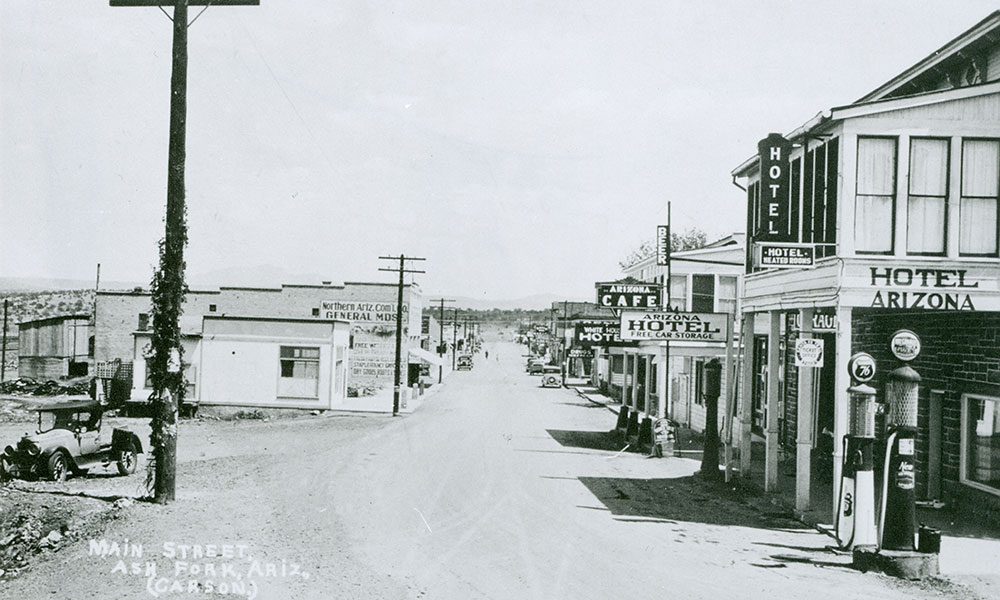 PRESCOTT – “Ash Fork is today as innocent as a newborn babe; she is as pure and white, morally, as the drifted snows that rim the San Franciscos.

Sixteen women of easy virtue, two of their consorts and the justice of the peace of that precinct were rounded up and taken to Prescott yesterday by Sheriff Keeler of Yavapai County and a force of deputies.

So wicked had the junction town become that the Yavapai authorities decided that it must be cleaned out. They did not think that the Ash Fork dives, right along by the Santa Fe tracks, gave the travelers a true idea of Arizona.

It is well known that nothing in New York, Chicago or anywhere else in the East is worse than the sporting district of Ash Fork was before Sheriff Keeler and his officers made their raid.

Yesterday, Keeler and his party stepped off a train when it arrived at Ash Fork and swooped down on the dens of vice for which Ash Fork has become notorious.

The maquereau fled like quail. Several caught a passing main line train and escaped the officers, but Keeler got two of them and also took 16 women into custody.

Before leaving town, Keeler arrested the justice of the peace on a charge of leasing buildings for immoral purposes. The justice, it is said, owns several of the buildings occupied by the women.

Postscript: I grew up in Ash Fork in the 1940s-1950s and I can attest it was pretty tame compared to the early days when the high school’s fight song was “Up Against the Wall Redneck Mother.”