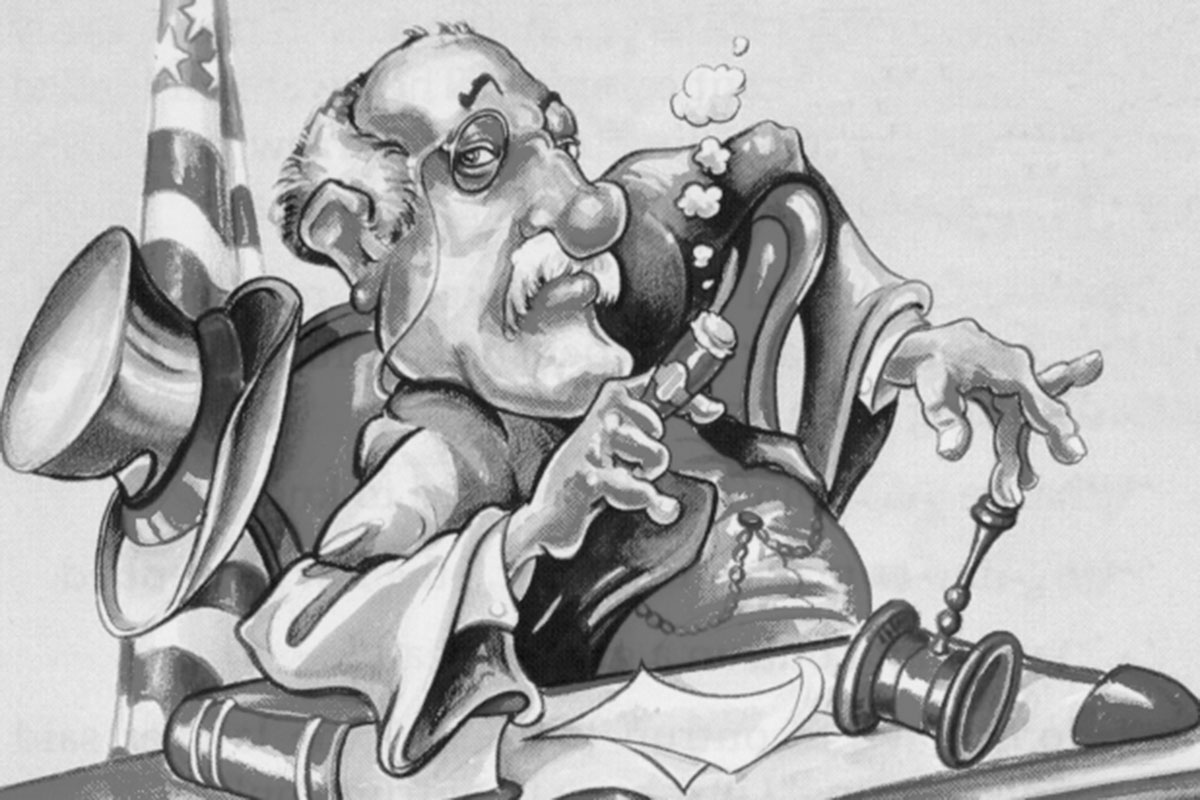 Those lawyers on the frontier could be pretty resourceful when it came to outwitting Lady Justice. A Irish lawyer named Clancy in Oro Belle was asked to defend an old reprobate named Rooney who’d come to town and gotten into a quarrel with the local madam, a lady who went by the name of Sadie. One word led to another and pretty soon they engaged in a shoving match.

Rooney forgot whatever good manners his mother might have taught him and bit her in a rather sensitive part of her anatomy.

The next day she had him arrested and it looked like Rooney might be looking at some serious jail time because the men folk in the town were kind of fond of Sadie.

It was Rooney’s lucky day. The grizzled old Irish lawyer had a reputation as a man who could go around the facts of a case and he decided Rooney’s only chance was to get a change of venue to another town. The trial was moved to the town of Humbug.

At the trial Sadie took the stand and left nothing out in describing the attack.  Then Clancy says, “Miss Sadie would you kindly show the judge and jury where you was bitten.”

Sadie produced a schoolgirl blush, so to protect her modesty the judge cleared the spectators out of the courtroom and she flashed the bite marks, a double row of purple tooth marks as plain as a signpost.

Clancy then put Rooney back on the stand, “This is the man you claim bit you?”

“Rooney, turn and face the jury.”

He did and Rooney didn’t have a single tooth in his whole upper jaw.

The jury had no choice but to acquit and when they got back to Oro Belle, Clancy reached in his pocket and handed Rooney his false teeth.