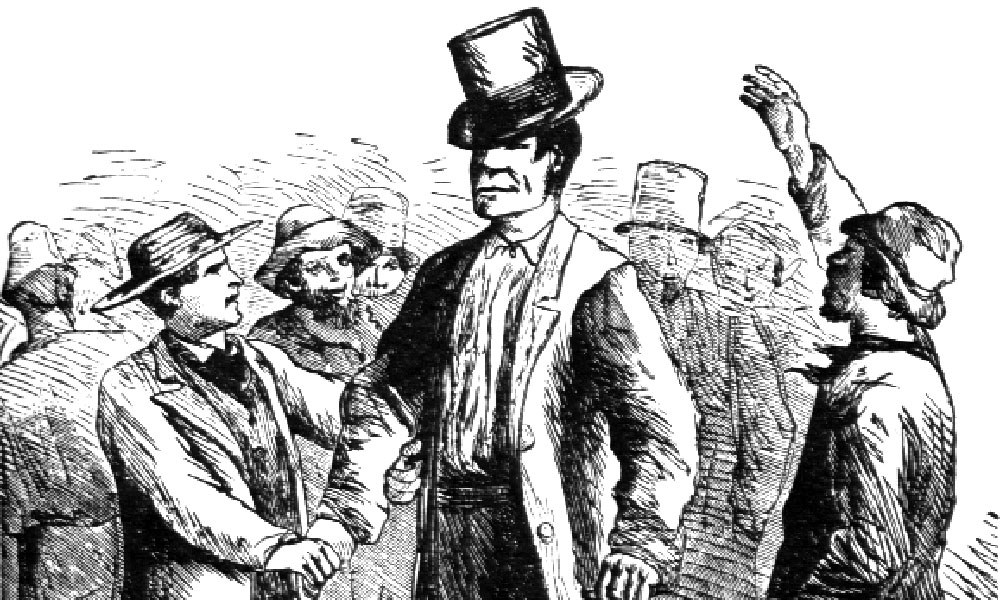 The other day a friend asked, “In Mark Twain’s book Roughing It he refers to the gunfighters as long-tailed heroes. What does that mean?”

Mark Twain was referring to the frock coat-wearing gunfighters who prowled the streets of Virginia City. Let’s let Mr. Twain tell the story: “The deference that was paid to a desperado of wide reputation, and who ‘kept his favorite graveyard,’ as the phrase went, was marked, and cheerfully accorded. When he moved along the sidewalks in his excessively long-tailed frock-coat, shiny, stump-toed boots, and with the dainty little slouch hat tipped over left eye, the small fry roughs made room for his majesty.

“The best known names in the Territory of Nevada were those belonging to these long-tailed heroes of the revolver. Orators, governors, capitalists and leaders of the legislature enjoyed a degree of fame but it seemed local and meagre when contrasted with the
fame of such men as Sam Brown, Jack Williams, Billy Mulligan, Farmer Pease, Sugarfoot Mike, Pock-Marked Jake, El Dorado Johnny, Jack McNabb, Joe McGee, Jack Harris, Six-finger Pete, etc., etc. There was a long list of them. They were brave, reckless men, and traveled with their lives in their hands.

“The first twenty-six graves in the Virginia Cemetery were occupied by murdered men. So everybody said, so everybody believed, and so they will always say and believe. The reason why there was so much slaughtering done, was, that in a new mining district the rough element predominates, and a person is not respected until he has ‘killed his man.’ That was the very expression used.

“If an unknown individual arrived, they did not inquire if he was capable, honest or industrious, but—had he killed his man? If he had not, he gravitated to his natural and proper position, that of a man of small consequence; if he had, the cordiality of his reception was graduated according to the number of his dead. When a man came with blood of a half a dozen men on his soul, his worth was recognized at once and his acquaintance sought.

“There goes the man that killed Bill Adams’ was higher praise and a sweeter sound in the ears of this sort of people than any other speech that admiring lips could utter.”