The Code of the West 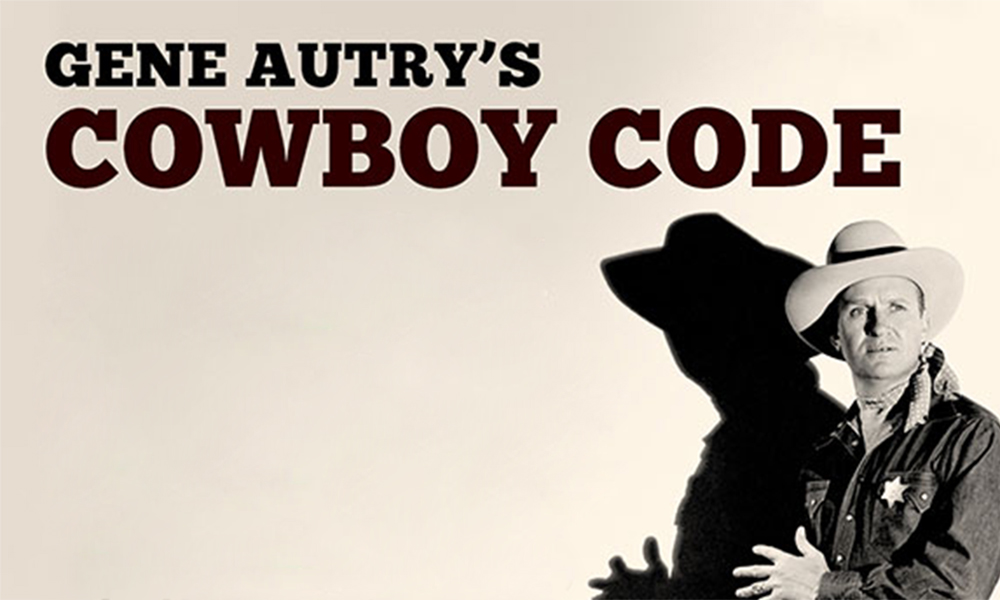 The “Code of the West” was born with the silver screen cowboys. It was first chronicled by Zane Grey in his 1934 novel, The Code of the West. No written code ever existed but it was an unwritten, socially agreed set of informal laws that shaped the cowboy culture.

Ramon Adams explained in his 1969 book, The Cowboy and His Code of Ethics, “Back in the days when the cowman and his herds made a new frontier there was no law on the range. Lack of written law made it necessary to frame some of his own, thus developing a
rule of behavior which became the Code of the West. These homespun laws, being merely a gentleman’s agreement to certain rules of conduct for survival were never written into statutes, but were respected everywhere on the range.”

Tom Mix, Gene Autry, The Lone Ranger, Hopalong Cassidy and Roy Rogers all had a code or creed that was aimed at youngsters that emphasized hard work, self-reliance, independence, honesty, resourcefulness, physical strength, dauntless courage and a good
work ethic. In short, it is a moral compass to be the best you can be.

Those were good qualities to instill in our nation’s youth. They are the characteristics we associate with the “Greatest Generation.”

The iconic cowboy represents the best of America and if more people today held themselves to a “Code of the West” we would all be better off because of it.