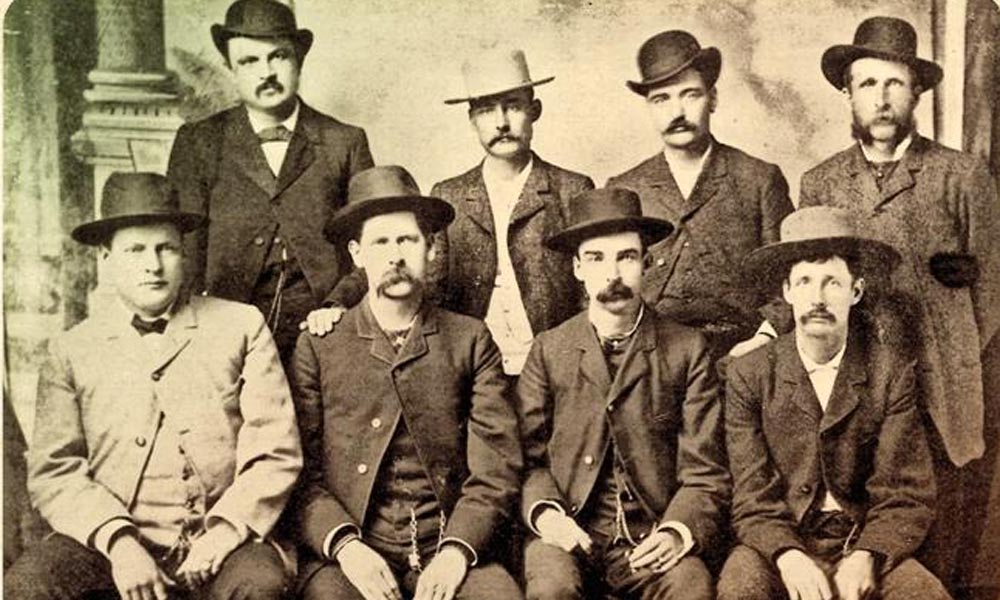 What became known as the “Dodge City War” began when Luke Short returned to Dodge in April, 1881 and went to work at the Long Branch Saloon. Two years later he bought Chalk Beeson’s share of the Long Branch. In March 1883 his partner, W. H. Harris, was nominated to run for mayor against the “law and order” candidate, Larry Deger, who was backed by the former mayor, who just happened to own the Alamo Saloon, the Long Branch’s chief competitor. Deger won and the new politicos immediately passed two ordinances aimed against prostitution and vagrancy. These laws were nothing new in the Kansas cowtown’s except they were only enforced against the Long Branch and Luke Short.

Arrests were made on three of Short’s prostitute’s and when he went down to try to straighten things out he and a local policeman exchanged gunfire. Neither was hurt in the event but Short and three other gamblers were arrested, taken to the train station and told to get the hell out of Dodge. Short went to Kansas City where he met with former Ford County Sheriff Charlie Bassett. He then wired Bat Masterson in Denver and asked for help. Bat headed for Silverton where he met with Wyatt Earp and Doc Holliday. Thus marked the beginning of the bloodless conflict known as the “Dodge City War.”

Thanks to intervention on the part of the Kansas governor, Short was told he could return to Dodge and have ten days to close out his business. Not trusting the law in Dodge City he demanded an escort.  A group of some of the West’s most noted gunmen including Masterson, Earp, Bassett, Neil Brown, Bill Harris, Frank McClean, Bill Petillon Rowdy Joe Lowe and “Shotgun” John Collins decided to get the hell into Dodge to help their old friend. Interestingly, the man whose name got more ink in the press as the most dauntless of them all was none other than Doc Holliday.

It looked like a bloody gunfight was eminent but the presence of such famous gunmen was intimidating to say the least. The “Dodge City War” was more about telegrams, rumors and the press than about actual bloodletting.

In the end, economics prevailed. Mayor Deger’s action would ruin the cattle business. Pressure came from both the Santa Fe Railroad and Kansas Governor George Glick. The two sides met in a dance hall on June 9th and settled their differences. The dance halls, saloons were reopened. After the photo was taken Bat Masterson and Wyatt Earp boarded a westbound train and headed to Colorado.

Apparently Doc was in Colorado and therefore wasn’t present for the famous photograph.

The Long Branch reopened but Short sold out that November and moved to Texas.