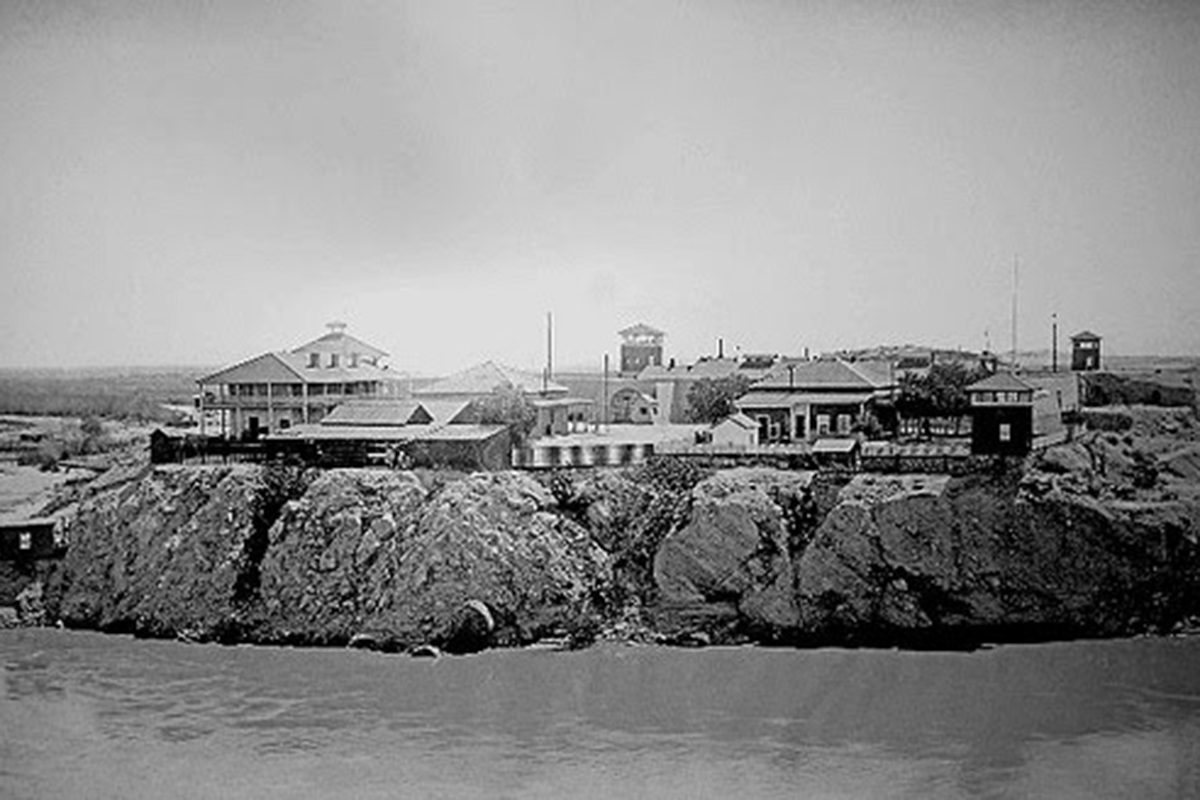 When Arizona was still a young territory, lawbreakers were usually confined in a jail in the sheriff’s office. However, as the population grew in the 1870s the territorial legislature realized they needed to establish a territorial prison. Phoenix, in central Arizona, was chosen as the site in 1868, but no funds were set aside for construction. Seven years later, during the 8th Legislative Assembly, when the delegates recessed, prominent Yuma County pioneer Jose Redondo and fellow Yuma County Representative, R. B. Kelly conspired to outmaneuver the Maricopa County delegate, Granville Oury, by amending the bill by writing in “Yuma,” instead of Phoenix.

The law, as amended, passed and $25,000 was budgeted. That’s how and why the prison was established in Yuma.

The prison opened on July 1, 1876 with just seven inmates. They were incarcerated in cells they’d had just built themselves and over the next 33 years 3,069 convicts would do time there. Included in that number were 29 women.

There were no executions at the prison; that was the responsibility of the county sheriff until 1910. Their crimes included murder, robbery and even polygamy. Many prisoners tried to escape. If one managed to get outside the walls, it was still hundreds of miles more across a burning hot desert to San Diego, Tucson or Phoenix. Yet, twenty-six did manage to escape.

Eight died from gunshot wounds. Half of those during the Gates Riot in 1887. One hundred and eleven died of tuberculosis, a disease that was rampart throughout the territory at the time.

In contrast to its notorious reputation as a “Hell Hole,” Yuma was a model prison. Few served their full terms due to the ease in which paroles and pardons were bestowed.
Amenities included a workshop, library, hospital and school where many learned the three R’s, something that would benefit them greatly when they were released. Folks in Yuma referred to the prison as the “Yuma Country Club” because of these niceties and the fact that the only three flushing toilets in all of Yuma were in the prison.