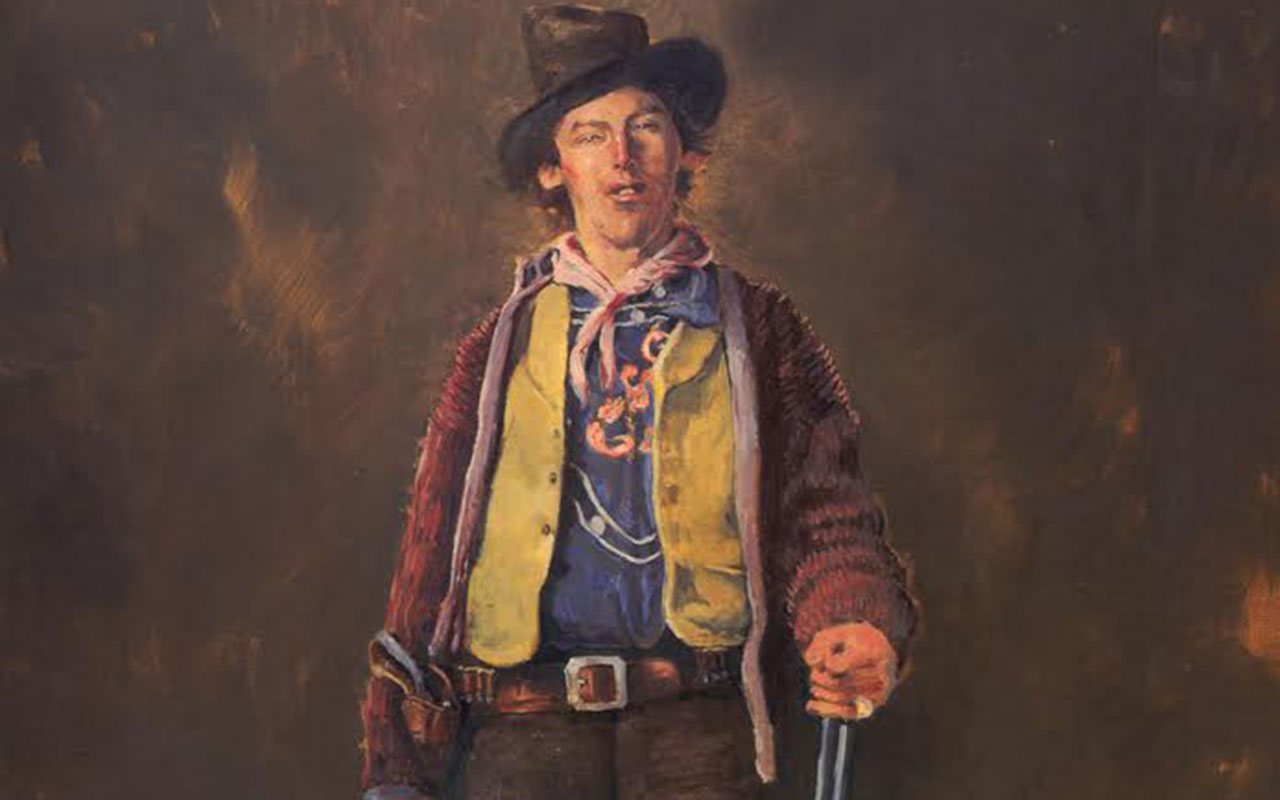 Here’s a quick summary. Billy was a likable young man. He was very popular with the Latino population in New Mexico. He spoke Spanish fluently, was loyal to his friends, liked music and loved attending the bailes and dancing with the pretty girls.

On the other hand, he was a notorious livestock thief. He was running with a wild bunch of cowboys and got caught up in a feud in Lincoln County between the Tunstall-McSween faction and the Murphy-Dolan crowd. Neither side could lay claim to be knights in shining leather. Unfortunately, for the McSween-Tunstall’s, the Murphy-Dolan crowd, had the Lincoln County Sheriff William Brady, Colonel Nathan Dudley, commander at Fort Stanton and the politically powerful New Mexico Ring on their side.

Billy hired out for rancher John Tunstall and when members of sheriff William Brady’ posse gunned down the Englishman on February 18, 1878, Billy found himself drawn into the feud. He and Dick Brewer took out murder warrants for Sheriff Brady and members of his posse. Then Billy joined the Lincoln County Regulators. Billy’s side was playing against a stacked deck.

Their attempts to arrest sheriff Brady were unsuccessful. Instead, the sheriff arrested them. The charges were dismissed but the fat was in the fire.

On April 1, Sheriff Brady and a deputy were shot and killed on the streets of Lincoln, although Billy was just one of the shooters, he took the rap.

On the morning of April 4, Billy, Brewer and some of the Regulators got into a gunfight at Blazers Mill while trying to arrest Andrew “Buckshot” Roberts, who had ridden with the posse that murdered Tunstall. Fighting against overwhelming odds Roberts fought a valiant fight, killing Regulators leader, Dick Brewer. Afterwards the two men were buried side by side at the mill. Murder warrants were issued on Billy.

On Sunday, July 14, Alexander McSween and some sixty Regulators, including Billy posted themselves in several buildings and new sheriff, George Peppin, sent sharpshooters to kill the Regulators. The sheriff requested help from Fort Stanton but Colonel Dudley refused to intervene. A few days later he arrived with troops. Guns and artillery were pointed at the McSween house, thus turning the tide of the battle.

On Friday July 19, the Battle of Lincoln began. Peppin ordered the McSween house to be set afire but the adobe structure was slow to burn. Billy was able to move Susan McSween’s beloved piano from room to room, staying ahead of the fire. By now the Regulators numbers had shrunk from 50 to 13, all of whom were inside the McSween house. Susan went outside to plead with Peppin to allow her husband to surrender to the Army and he refused.

Billy’s adrenalin was high and McSween’s was low, so he took charge and planned their escape from the burning house. Susan was sent out to safety. Billy and four others would create a diversion by running towards the Tunstall store firing their pistols while the others made a dash to Bonito Creek some 100 yards north of the house. It might have worked had they not delayed. When McSween and the others tried to leave the house, gunfire erupted and he went down with several bullet wounds.

Billy and the other four made a dash for freedom through a hail of bullets. All of them except one made it through the gate and disappeared into the darkness.

The triumphant posse celebrated their victory by looting the Tunstall store. With McSween’s death the Lincoln County War ended but the Territory of New Mexico’s reputation was tarnished.

Michael Wallis writes in his Billy the Kid: The Endless Ride, after the murder of Alexander McSween and Houston Chapman by Jimmy Dolan and his cronies, public opinion began to shift against the corrupt Santa Fe Ring The public was clamoring for reform.

Tom “Boss” Catron, Governor Samuel Axtell and the Jimmy Dolan faction. With John Tunstall and McSween out of the way, in order to divert attention away from themselves Billy the Kid becomes the convenient target. Governor Lew Wallace backed away from his promise of clemency to Billy for testifying as an eyewitness to the brutal murder of attorney Houston Chapman by Jesse Evans and members of the Dolan faction.

Most of Billy’s pals in the Regulators drifted to greener pastures while he stubbornly refused to leave New Mexico.

On December 19, 1880 Garrett’s posse shot and killed Tom O’Folliard at Fort Sumner. Billy and four others managed to escape. One of Garrett’s informers told him the boys were holed up at Stinking Springs on Taiban Creek. A snowstorm delayed Garrett but on December 23 they surrounded the one-room house and waited for dawn.

Garrett had been told Billy was wearing a Mexican sombrero and he told the posse to target the sombrero. At the break of dawn, a man in wearing a sombrero stepped outside and the posse opened fire, killing Charlie Bowdre. Billy, Dave Rudabaugh, Billy Wilson and Tom Pickett held off the posse for a few hours but when they caught the smell of fried bacon, hunger got the best of them and they surrendered.

They were taken by train to Las Vegas, then to Santa Fe where Billy wrote four letters to Governor Wallace requesting a meeting, however, he was in New York promoting his new book, Ben Hur and failed to respond. In early March he resigned as governor and Billy was on his own.  He was taken by rail to Rincon then boarded a stagecoach for Mesilla, where he was tried, convicted and sentenced to hang at Lincoln on Friday May thirteenth. In a county rife with murder and corruption, Billy was the only one sentenced to be executed.

On April 28, Sheriff Pat Garrett was out of town and Billy decided to make his break. Somehow, he managed to get his hands on a pistol and broke free after killing two deputies, James Bell and Bob Olinger. On July 14, 1881. Sheriff Pat Garrett ran Billy down at Pete Maxwell’s house in Ft. Sumner and killed him.

Interesting thing about Billy is he never robbed a bank or a train like Jesse, Frank, the Younger Brothers, or Butch and Sundance. Neither fame nor fortune came during Billy’s lifetime. It had a lot to do with a writer named Walter Noble Burns who wrote a book during the 1920s that initiated the legend of Billy the Kid.