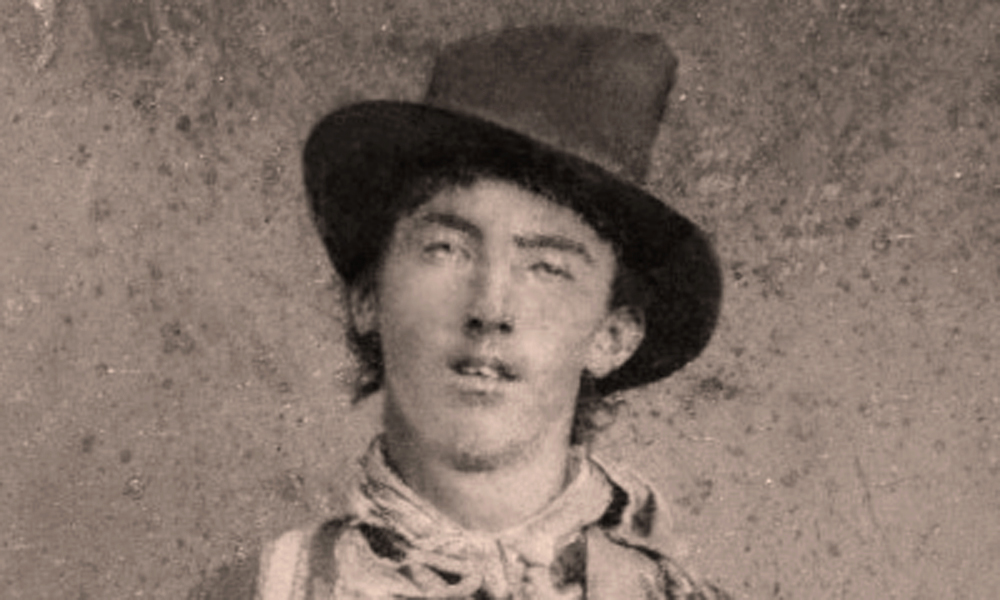 The Day Billy the Kid outfoxed a loud-mouth cowboy named Joe Grant occurred on January 10th, 1880 at Hargrove’s saloon in Fort Sumner. Grant was his usual drunk and obnoxious self. He brazenly walked up to Jack Finan, one of John Chisum’s cowhands, took a look at the nice-looking ivory-handled pistol in Finan’s holster, lifted it out and inserted his own in the holster. Finan didn’t want to provoke Grant so he said nothing.

Billy walked over to Grant, looked admiringly at Finan’s pistol, lifted it out Grant’s holster saying, “That’s a mighty nice-looking six-shooter you got.”

Grant called him a liar and Billy turned and walked towards the door. Just as Billy figured, Grant pulled his pistol and when Billy heard the click of a hammer falling on an empty chamber, he spun around and fired three quick shots. They said you could cover them all with half-dollar.

The shooting of Joe Grant didn’t get much attention in the press and Bob Utley in his fine biography of Billy explains why: “The shooting of Joe Grant earned Billy some notoriety…….Had Billy perpetuated a cold-blooded murder public opinion would have been aroused and the sheriff of San Miguel County moved to investigate. That the newspapers gave the event virtually no notice, and the law never acted, stamp it as simply another saloon dispute that ended fatally.”

An article appeared in the Weekly New Mexican (Santa Fe), January 17, 1880: Billy Bonney, more extensively known as ‘The Kid’, shot and killed Joe Grant. The origin of the difficulty was not learned.”