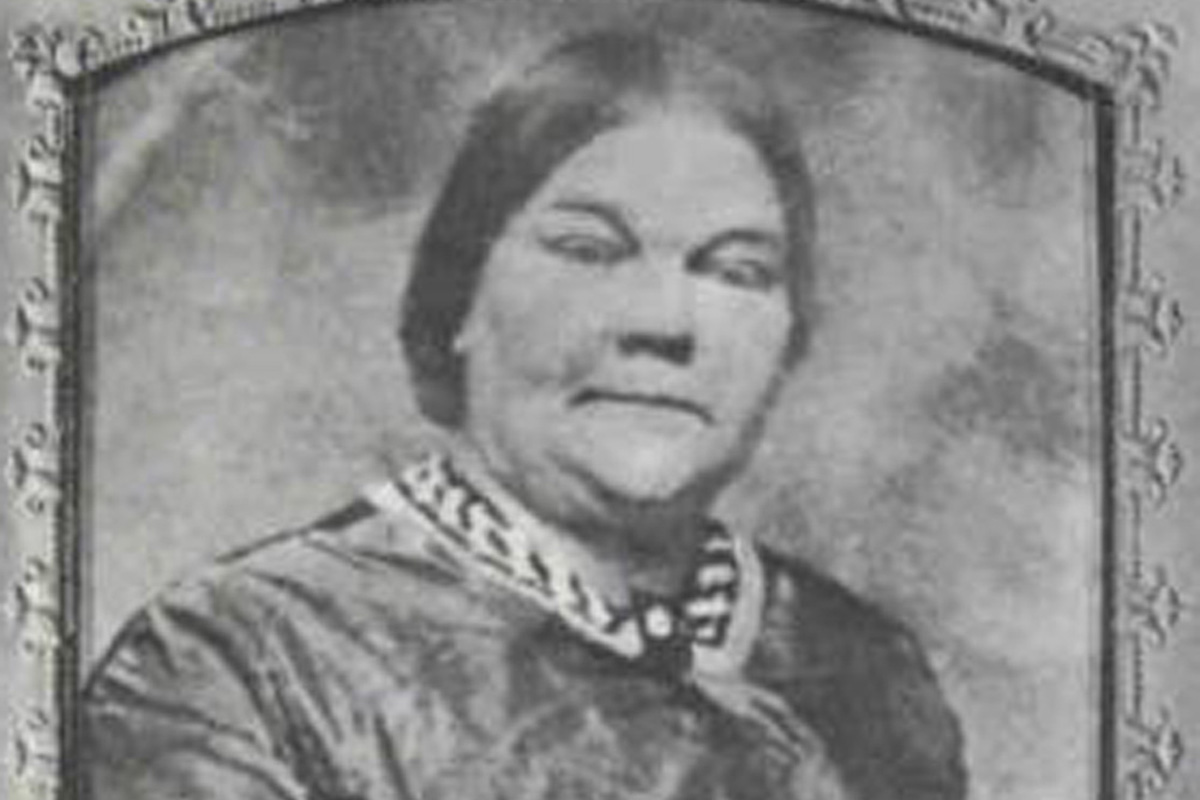 Competition between madams was especially keen out in the west Texas town of El Paso where Redheaded Etta “Grasshopper” Clark and “Big Alice” Abbott operated bawdy houses on opposite sides of Utah Street. Big Alice advertised herself as “The Best Housekeeper in the USA.”

A fight broke out between the two on the evening of April18 th , 1886 over Bessie Colvin, the beautiful, busty star attraction at Big Alice’s house and one of the most popular girls in the red-light district. Big Alice claimed Bessie owed her some money for “back rent” and Bessie insisted she didn’t. After an argument that featured language colorful enough to make a muleskinner blush, Bessie pranced across the street to Grasshopper’s place saying to all who would listen that “prime cut will soon be found across the street.”

This sent Big Alice storming across the street where she proceeded to pound loudly on her neighbor’s door. When Etta opened it a crack, Big Alice, using all her 230 pounds of strength, jerked the door off its hinges, smashing Grasshopper’s face in the process. When Grasshopper grabbed a brass gas lighter for a weapon, Big Alice’s huge fist landed a haymaker on her bony nose.

Then Big Alice grabbed Bessie and commenced to drag her out of Grasshopper’s establishment. At this point, Grasshopper pulled a Colt .45 and aimed it at Big Alice and fired. A huge cloud of white gun smoke shrouded the room and when it cleared, Big Alice looked down and saw blood streaming between her legs. Horrified, she grabbed her crotch and began screaming “My God, I’ve been shot!”

She then staggered into the street and collapsed. Grasshopper fired off another round but missed. Three of her “boarders” rushed out and drug Big Alice into the house.

A local doctor examined Big Alice and determined the bullet passed to the right of her pubic arch and passed through her body without hitting any vital organs.

Grasshopper was jailed temporarily but when Big Alice recovered things got back to normal, such as it was in El Paso.

The newspaper account of the fight was printed in banner headline in the El Paso Herald the next day with all the nitty gritty details. It would bring uproarious guffaws in the saloons for years to come. The reporter, attempting to describe the precise location of the wound, wrote that Big Alice had been shot in the “public” arch. Presumably he meant pubic arch….or not!

For some time after that whenever Big Alice went anywhere friends greeted her with “How’s your public arch?”