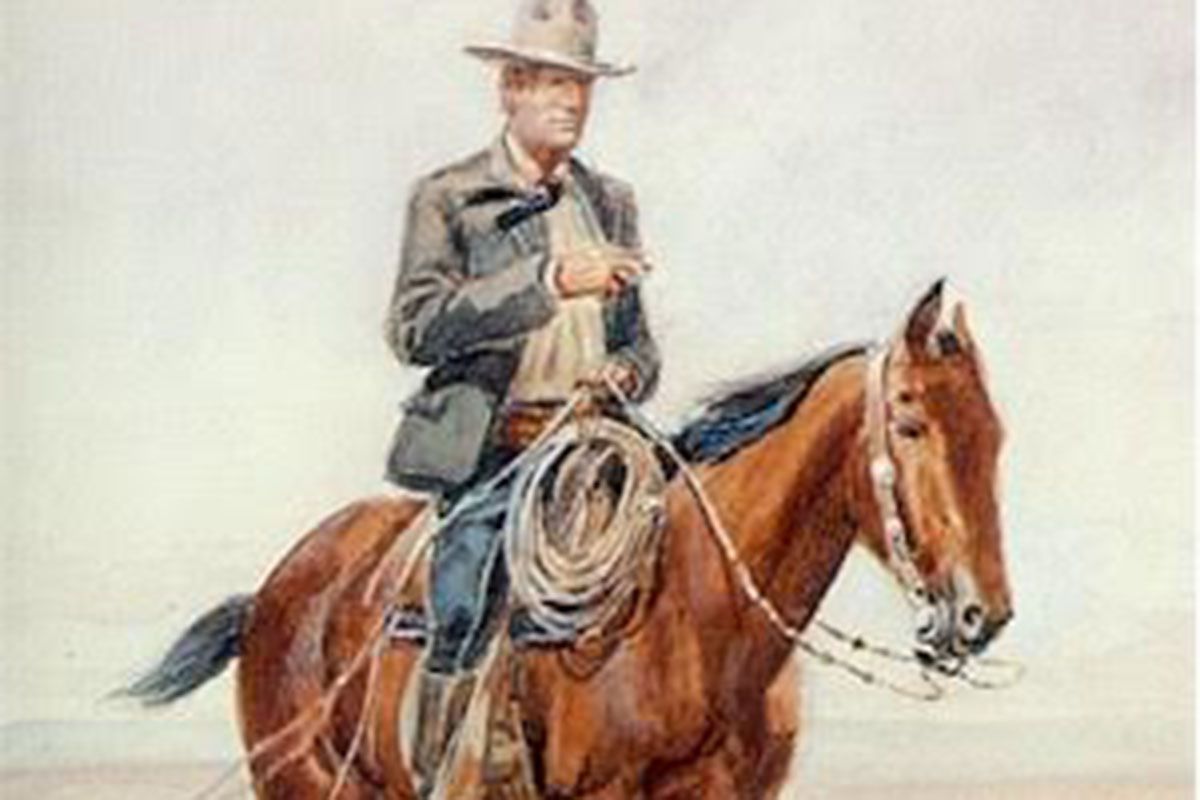 Russell never wore a belt but wore the sash folded like one. Along with the bison skull, it became one of his distinctive trademarks. He began wearing one when he arrived in Montana in 1880 after seeing the old timers wearing them on the streets of Helena. These were often referred to as a Metis because they were common wear in place of a belt of the half-breed trappers, traders and bull whackers of whom many were of French-Indian descent.

Dorothy Nunez, Curatorial Assistant at the C.M Russell Museum in Great Falls, Montana sent me a paper written by Curator, Elizabeth A. Dear, on his famous red sash.

She writes that some critics have said he wore sashes for effect, to be different and live up to the public’s expectations of an artist’s eccentricity but she doesn’t agree. He wore them because he liked them. Other authorities on the legendary artist such as Joe DeYoung and James W. Bollinger agreed. Bollinger, an old friend, said “It was simply a part of Charlie, certainly not an artistic affectation or a sign of pretentiousness.”

Sashes were also commonly worn in Canada, Texas, France and Italy. It was knotted at one side with the ends dangling down to the knees. Out West they were worn by gamblers, Tejanos, saloon keepers and the sporting crowd including Wild Bill Hickok.

Russell used his sash to store his art supplies when he was traveling horseback. “All the breeds wear them,” he said. He also said “I believe they keep me from having a big belly.”