Red Cloud’s Prized Katana Sword This isn't a "tourist" or souvenir sword but one that is highly regarded and one that would have been worn in battle or during ceremonies... 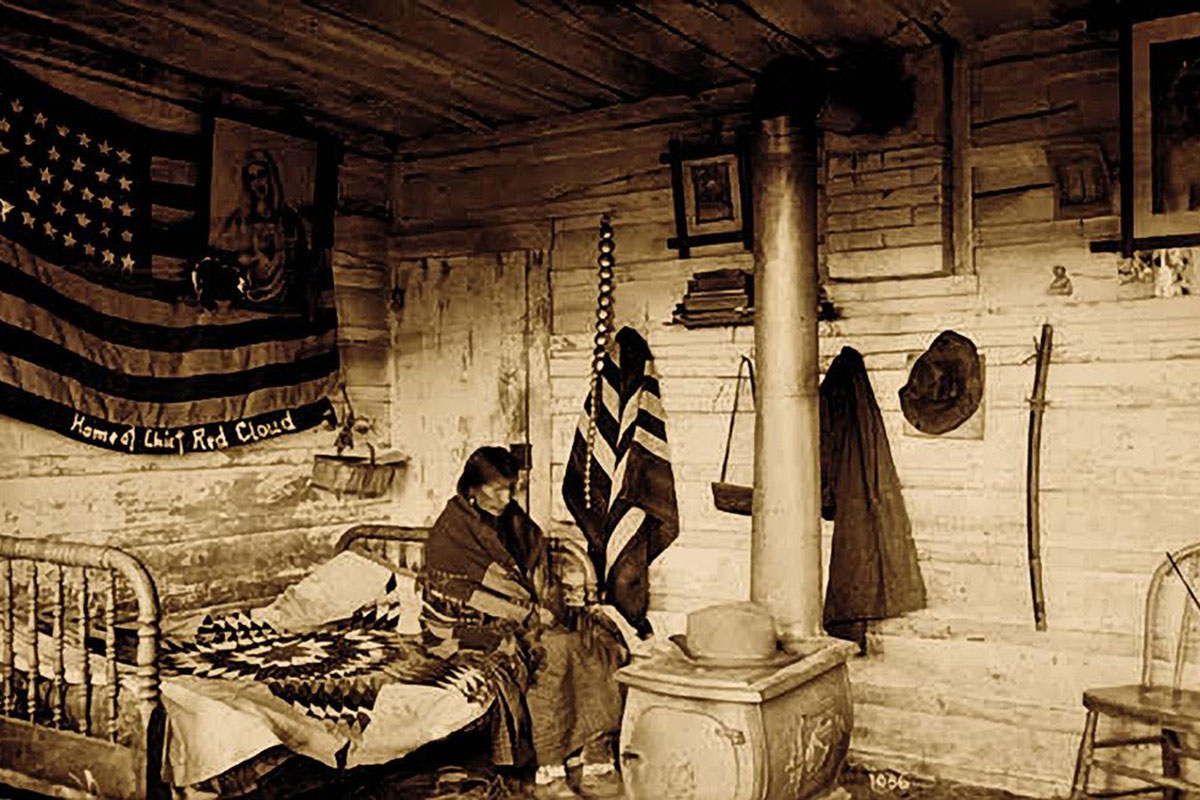 There was an article written in 1987 by Dr. Peter Bleed, associate professor of Anthropology at the University of Nebraska who was chairman of JSSUS from 1980-1984 about the Katana or Japanese samurai sword. During earlier talks between the Japanese and Americans in Washington it’s likely they were presented to American politicians or diplomats, then later presented to Red Cloud and others visiting the capitol.

This isn’t a “tourist” or souvenir sword but one that is highly regarded and one that would have been worn in battle or during ceremonies. European swords were a popular trade item to North American Indians so it’s possible they acquired the katana swords through some American trader as Japanese contact with the Northern Plains Indians was unlikely for trading. Bleed mentions these were rare outside Japan at the time the Indians acquired them. He also mentions that since it is prominently displayed in the Red Cloud photo it would have a prized possession. Also prior to 1854 the Japanese had little contact or trading with outsiders. Bleed also mentions that in September, 1876 three high-ranking Japanese visited Fort Robinson and the Red Cloud Agency. It’s entirely possible they could have presented these swords. Red Cloud was certainly a legendary warrior. Also, Red Cloud made several trips to Washington between 1876 and 1890.