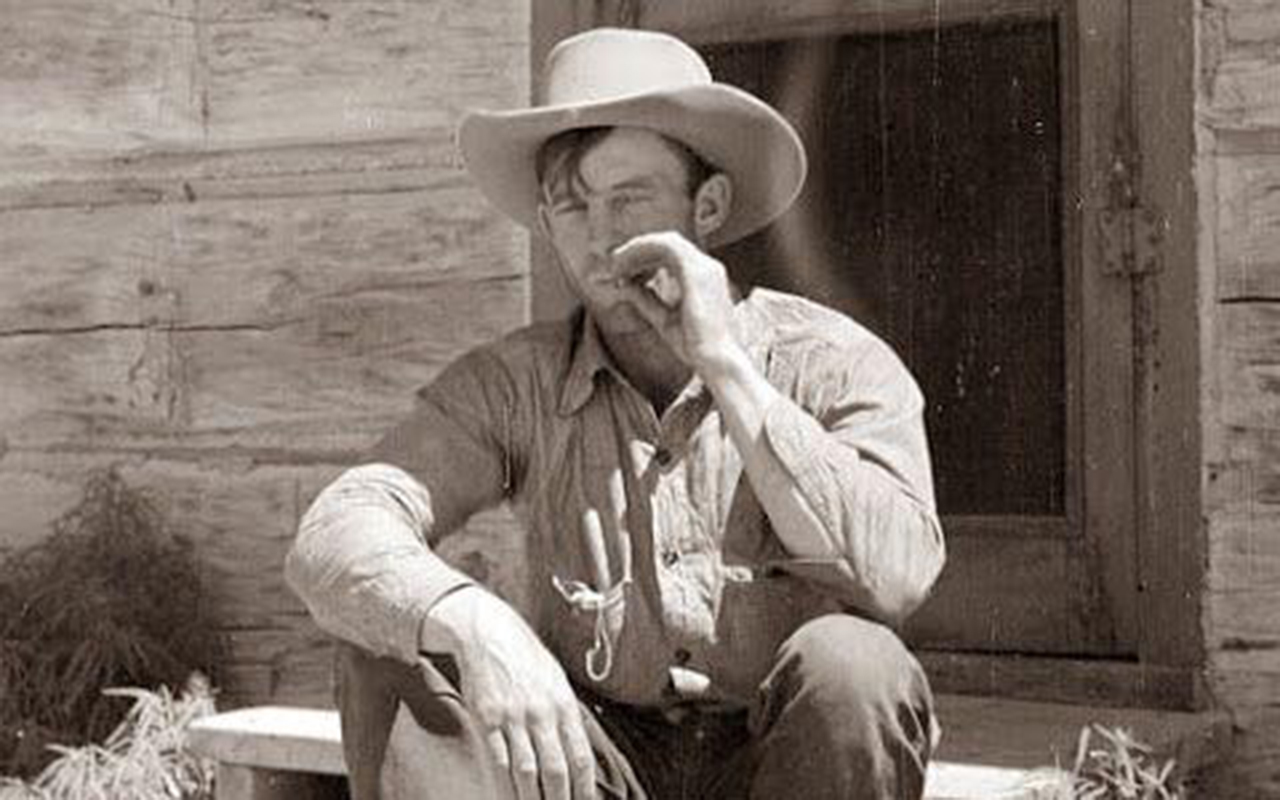 Cigarettes and cigars have been around for a long time. Prior to the Civil War cigars ranked next to chewing tobacco in popularity. They were usually the long panatela type. They had a twist or pigtail at the end to hold them together. Some you could purchase at two for a penny but they were pretty smelly.  Cuban cigars sold wholesale for about $15 per thousand or 1.5 cents apiece as compared to about $4 a thousand or .004 apiece for domestic brands.

After the War the government piled on heavy taxes and a cigar cost at least a nickel. Pipe tobacco was sold in a plug. Lone Jack out of Lynchburg Virginia was a popular brand with both Confederates and Yanks. The Yanks usually acquired theirs by trading across the picket lines at night for Yankee coffee.

The real demand for tobacco came after the War and during the heyday of the cowboy. Roll-your-own cigarettes were in great demand after ex-Confederate soldier John Green introduced Bull Durham. Many cowboys, especially in Texas used corn shucks for cigarette paper. This originated with the Indians and was adopted by Mexicans and other Southwesterner’s. Cowboys referred to their roll-your-own as “quirlys.”

Tailor-made or ready-made cigarettes were looked down upon as “sissy sticks.” Others referred to them as “pimp sticks” because only pimps could afford them. The Philadelphia Exposition in 1876 was the first place where factory-made cigarettes were promoted and displayed but right up to World War I you almost never saw a cowboy smoke a ready-made.

I remember during the 1940s, watching both of my grandfather’s rolling their own and doing it using only one hand too.