Cowboys on the Long Trail 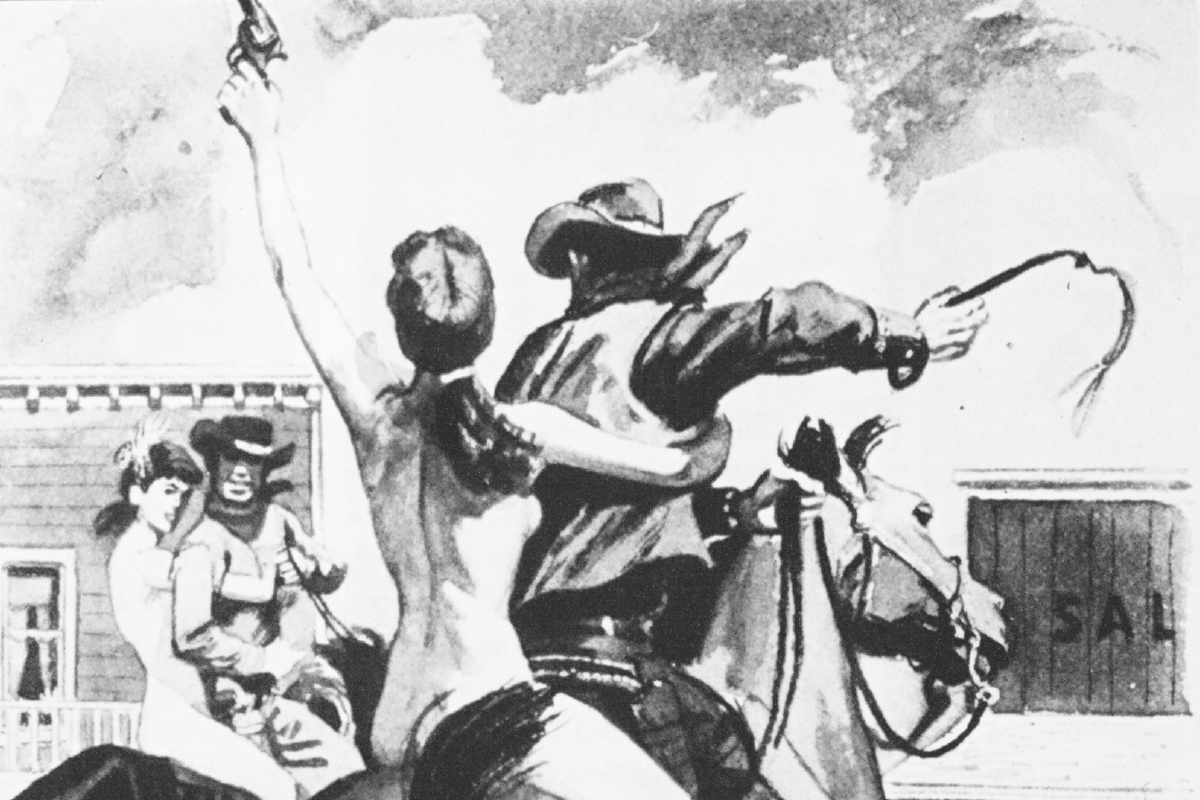 How many ‘Cowboys’ came though a town like Abilene or Dodge City each season?

As you know numbers can be deceiving. For example the number of cowhands might vary from outfit to outfit. In 1867, the first year of the Long Drive only about 35,000 head went up the trail to Kansas. Abilene was the end of trail for the first few years then in 1876 Dodge City became the “Queen of the Cow Towns” and remained for the next several years.

The number of cows grew considerably from 1867 each until the peak year in 1871 when 600,000 cows went up the trail. Nearly three million cows were shipped out of Abilene before quarantines pushed the trail west to Dodge City in 1876 creating what became known as the Great Western Trail.

Take it a step further, a herd might number 2,250 head so divide that into the total number of cows, say the peak year and you get more than 250 different herds going up the trail in 1871. I’ll bet there wasn’t much range grass left after that season.

Whew! That’s more math than I’ve done in 30 years. All those herds hit the railheads at about the same time. You started a herd when the grass started greening & you followed the greening of the grass. Down in the brush country, down around Beeville & in Live Oak County, that could be as early as mid-March. Up around Kerrville it would be late March before the grass got green & the Hill Country herds hit the trail. It might be mid-April before north Texas & Panhandle grass greened up & those cattle started north. They would all hit the railheads in mid to late May into possibly the 1st week or so in June. If you have 50 herds hitting the railheads in the same week & each one has a crew of 20 counting the trailboss, the ramrod, & the drovers (you need point riders, swing riders, & drag riders, plus your wrangler & nighthawk if they aren’t the same kid, & cookie & his crew) you’ve got around 1000 dry-throated, woman-huntin’ cowboys hitting town at the same time. Each group will be in town for a week to 10 days, until the herd is sold, the men are paid, & they’ve had their blowout. This is gonna continue every week for about a month to six weeks, until all the herds have come in & been sold.

The boss & cookie & his crew aren’t going to be as thirsty as the rest of the crew because they’ve been out front & haven’t been eating dust since the herd started. Everybody else has been spittin’ cotton for a month to 6 weeks & they need something to cut the dust–& it’s gonna have alcohol in it. Every one of them are gonna have a gun on him–if not on a scout belt, tucked in his britches under his vest or coat. You mix alcohol, loaded firearms, & not enough women to go around & you’ve got a recipe for disaster!