Drilling Contests For the hard-rock miners, the most popular contest of all was single-jack and double-jack drilling... 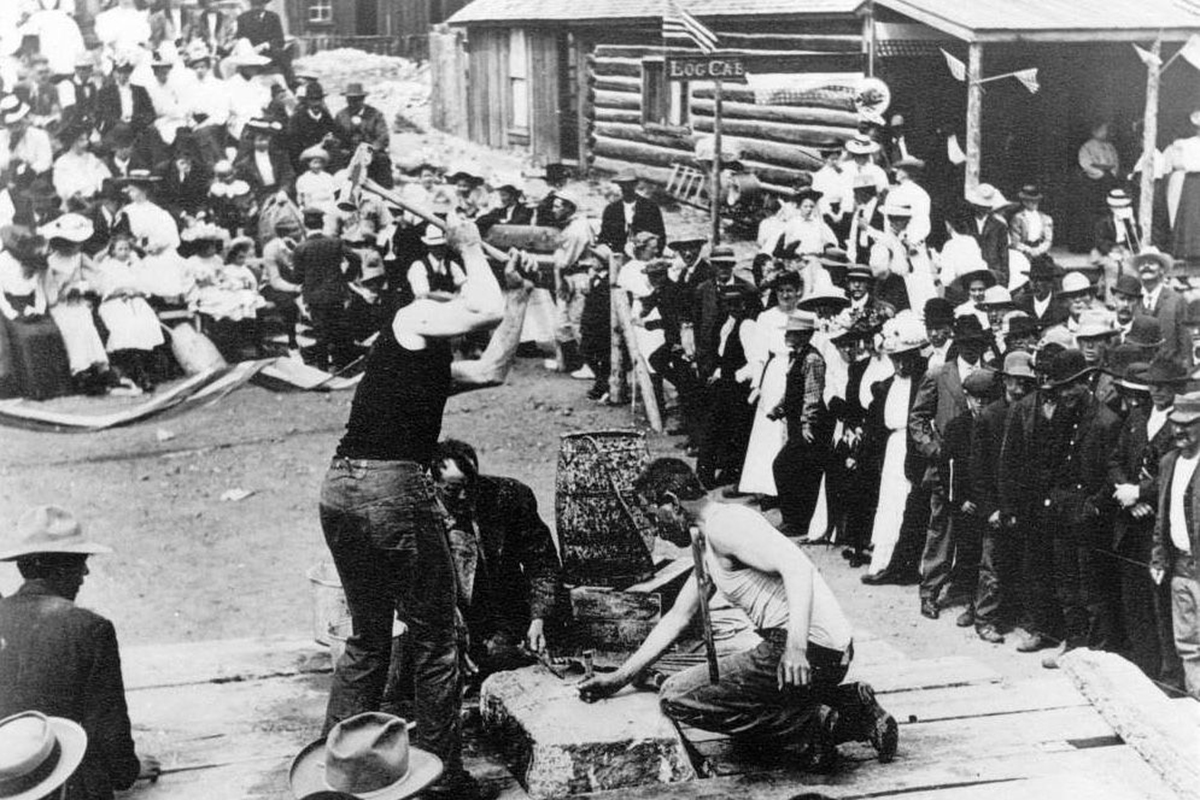 Among the popular forms or recreation that took up what little free time the hard-rock miners had included baseball, wrestling and boxing. A miner’s insatiable urge to gamble could be satisfied by wagering on the outcome of a sporting event.

For the hard-rock miners, the most popular contest of all was single-jack and double-jack drilling. Every mining town worth its salt held a Fourth of July drilling contest. Some men traveled all over the West, making their living competing in these contests.

In single-jack drilling, one man armed with drills and a 4-pound hammer would drill into a block of granite for fifteen minutes. At the end of the period his drill hole would be measured. The man with the deepest was declared the winner.

Double-jack drilling was a two-man contest. Several drills and a 9-lb. hammer were the tools. A judge would stand nearby and pour water into the hole. A good team could make 85-strokes a minute, one man swinging and the other rotating the drill. They would switch places every 60 seconds without missing a stroke. The man rotating the drill would take one hand and grab his hammer and like a relay racing team exchanging the baton, the good ones could even gain a stroke on the exchange.

It was common for a good team to make 42 inches or more. The record, so far is known, is fifty inches in fifteen minutes.

The teams followed a code whereby, under no circumstances would they stop until their fifteen minutes were up. A story is told of one contest where a hammer hit the side of a drill and glancing off, struck the head of his drilling partner. Undaunted, the team continued uninterrupted. Each time the hammer struck the drill, blood mixed with water splashed both team-mates and the judge. They completed the contest, setting a new drilling record in the process.