Frontier Army Rifles Despite the popularity of the breech-loading Sharps rifles, there was a great need for a repeating rifle... 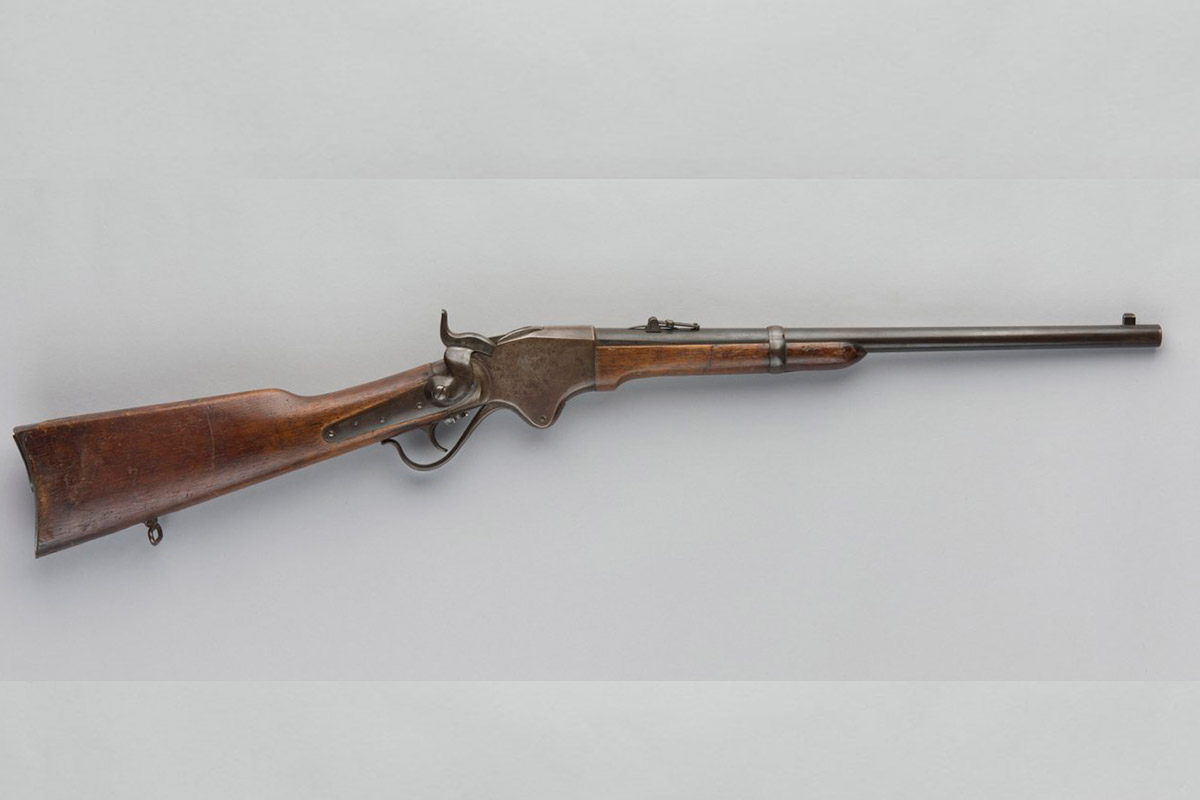 Despite the popularity of the breech-loading Sharps rifles, there was a great need for a repeating rifle. During the Civil War, teenager, Christopher Spencer invented the first lever-action repeating rifle. At first the army wasn’t interested, saying it was too complex for the average soldier.  But Spencer persisted, taking the rifle to the White House and asking President Lincoln to test fire it and he ordered the army to purchase more than a hundred thousand rifles. The rifle loaded seven shells in the stock and one in the barrel. General U.S. Grant called the Spencer the “best rifle in the hands of the troops at the end of the war.”

It’s interesting to note that after the Civil War ended the cost-conscious Army called in the repeating rifles and issued breech-loading single-shot Springfield’s to the troops. Custer’s Seventh Cavalry was carrying these at the Battle of the Little Big Horn in 1876. The Indians had them outgunned that day with some 700 Winchester repeaters. The Spenser rifle fired seven rounds in about twelve seconds.

However, Army Chief of Ordinance, James Wolf Ripley, rejected the rifle saying Spenser calling it an ammunition-wasting, “newfangled gimcrack” that could not be loaded with loose powder, ball and caps if the soldier ran out of metallic cartridges. Fortunately, Christopher Spenser’s bosses, manufacturers, Frank and James Cheney were politically connected and got the Army and Navy to adopt the Spenser’s and 200,000 rifles and carbines were manufactured by the late 1860s. In the West the Spenser saw action at Washita, the Fetterman fight on the Bozeman Trail and Beecher Island.

The Springfield trapdoor were created as a low-cost way to convert the Model 1863 musket into a breech-loading rifle that would take the new self-contained cartridge. The percussion lock was replaced by a breech-loading mechanism. The barrel was relined to convert from a .58 caliber to a .50 caliber. However, in the field the lining tended to separate from the barrel. To remedy the problem the Model 1868 used a new barrel that was four inches shorter. The cartridge was a .50-70 and some 50,000 rifles were manufactured. It served as a model for the Model 1873 which became the standard long rifle for the Army for the next twenty years. The infantry rifle had a 32 5/8-inch long barrel, while the cavalry carbine had a 22-inch barrel.

At the Battle of the Little Big Horn in 1876, the Sioux, Lakota and Cheyenne warriors had them outgunned that day with some 700 Winchester, Henry and Spencer repeaters while the Army was using single-shot breach-loading Springfield carbines.  A cost-conscious Congress considered the lever action rifles too expensive and fragile for campaigning and a feeling that the more ammunition given to troops, the more they would use, plus the trapdoor’s .45-70 cartridge was good for longer-range shooting.

The Henry at $42 each, cost four times that of the Springfield. In 1877 the first improved model featured a new sight and a compartment in the stock to hold a three-piece cleaning rod and a ruptured cartridge case extractor. A number of modifications and improvements were made until the Springfield trapdoor model was phased out in 1892, and replaced by a smokeless powder, bolt-action rifle, the Krag-Jogensen in .30-40 caliber.