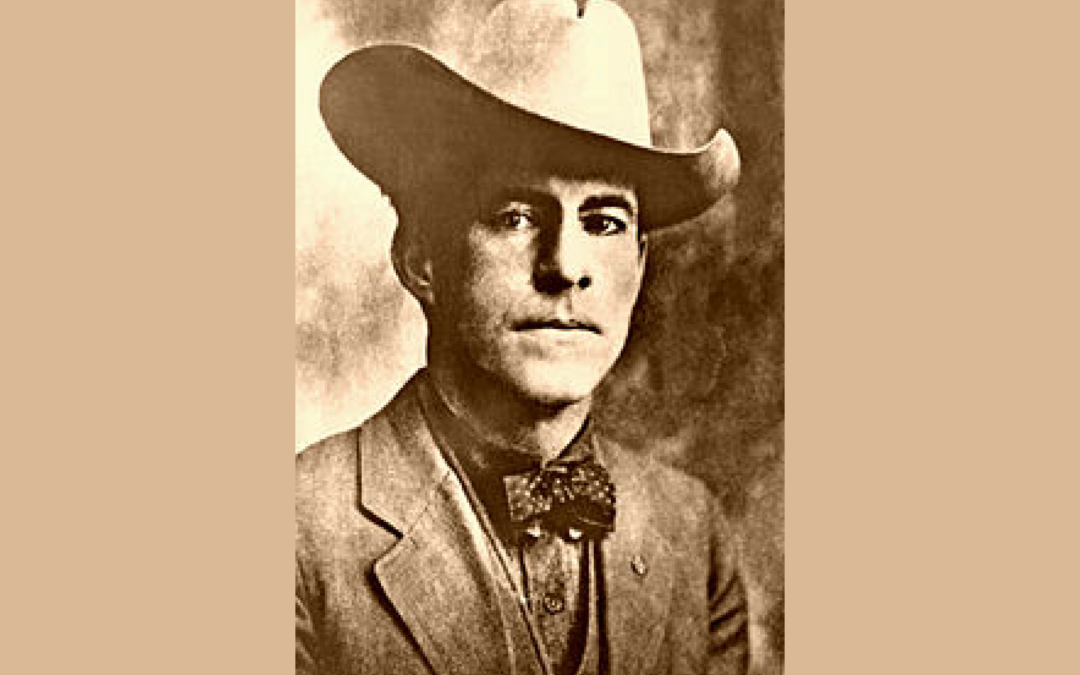 This is Not Your Usual Hollywood-Style Gunfight

Harry Wheeler was a Roughrider in the Spanish-American War with Teddy Roosevelt’s Roughriders but not with the Arizona Squadron. He enlisted with the Arizona Rangers in 1903 and rose through the ranks from private to captain in just four years. He would be the third and final captain of the storied rangers. Not a big man, he knew how to handle a rifle or pistol and was considered the best shooter in the outfit. It was said he was equal to anyone on either side of the Mexican border. The famous Texas lawman Jeff Milton called him the best he’d ever seen and he’s seen the best, even John Wesley Hardin.

Wheeler took part in one of the West’s most unusual gunfights on February 28th, 1907, on the streets of Benson when a lover’s triangle turned into gunfight that ended with a rock fight. D. W. Silverton was staying in a hotel in Tucson with a pretty young woman. The two claimed to be married but there isn’t a record of them having matrimonious ties. He claimed was his wife and followed her to Benson where he threatened to kill the lady and her new beau D.W. Silverton. It seems the lady had known both men previously in Nevada

When J. A. Tracy, agent for the Helvetia Copper Company at Vail’s Station, learned his former lady love was in Tucson he paid her a visit and offered her a diamond ring which she refused to take. Undaunted by her rejection, Tracy sent her several threatening notes before returning to Vail. Much to his surprise, the next day he saw “his woman” and Silverton on the train as it passed through Vail. She saw Tracy and pointed him out to Silverton, who jumped off the train and the two argued briefly before the train pulled out of the station and he climbed aboard Tracy proceeded to hop a freight train and follow them some thirty miles down the track to Benson.

The two lovebirds checked into the Virginia Hotel that night and the next morning Silverton stepped out of the hotel and spotted Tracy, armed with a Colt .45 standing by the train station.

Silverton alerted the hotel proprietor, Eduardo Castaneda who sought the help of Lt. Wheeler who, fortunately just happened to be in town. Wheeler went to the depot to disarm Tracy but as Wheeler approached Tracy pulled his Colt .45 and fired four times, the third round hitting the ranger in the upper thigh. Wheeler walked towards Tracy, firing all five shots in his pistol. Tracy was hit four times causing him to fall on his back.

Wheeler, his pistol empty, walked towards the dying man who proceeded to fire twice more, hitting the Ranger in the foot.

The only firepower available were some stones lying on the dusty street between the two men so Wheeler started throwing rocks until Tracy collapsed either from loss of blood or shock at being pelted with Rocks.

“Well”, Wheeler said to a bystander when it was over, “it was a great fight while it lasted, wasn’t it?”