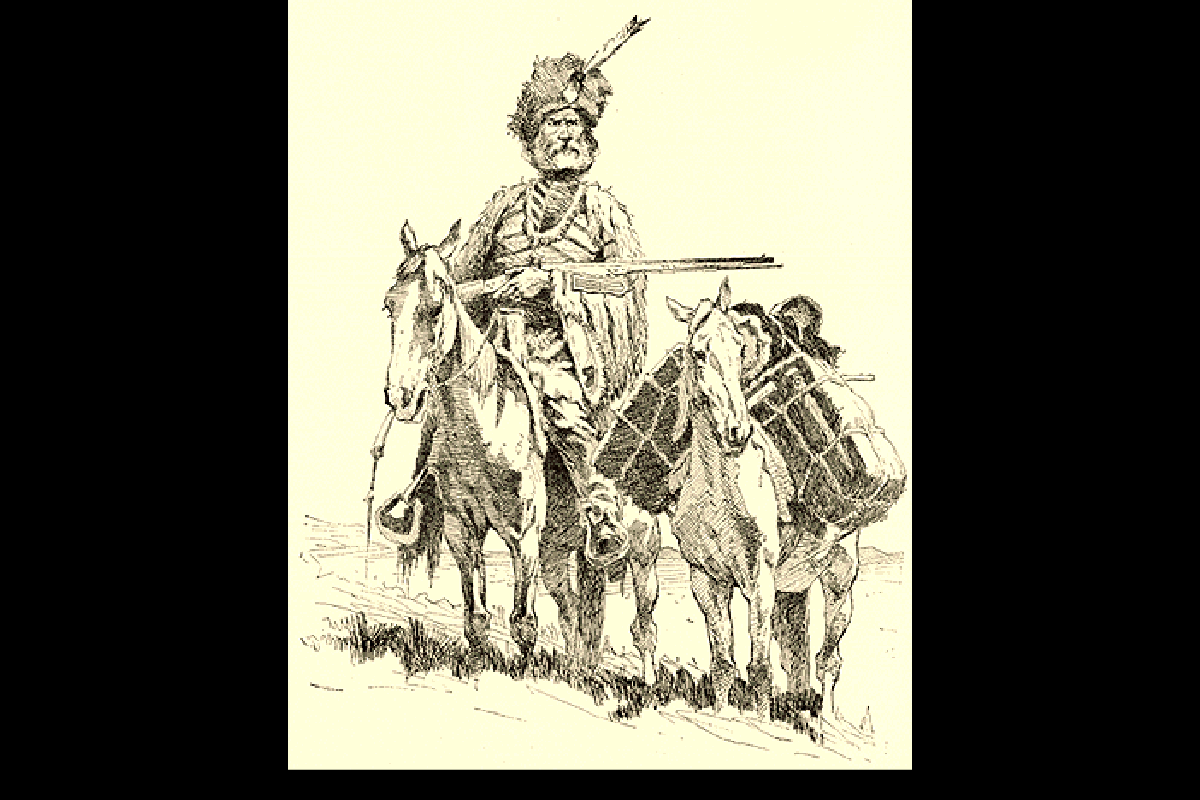 The first American trappers to enter Arizona, according to the best records, arrived in 1826. The party listed among its members three men destined to become legendary in the annals of trapping in the Southwest. One, Bill Williams, is considered among some historians as the best example of the free trapper. Free trappers were a uniquely American group who were independent contractors who sold their furs to whomever they chose. The second is Ewing Young, who led many expeditions into the great unknown rivers and streams in Arizona. The third is James Ohio Pattie, best remembered for a narrative written several years later of his adventures. Pattie, as the storyteller of the work was also the hero and larger-than-life figure in the story. His story is historically accurate in most parts, although he seems to have exaggerated his role and assumed many others in his narration. The title of the book is a story in itself:

The Personal Narrative of James Ohio Pattie of Kentucky, during an Expedition from St. Louis, through the vast regions through the City of Mexico to Vera Cruz, during journeying of six years, in which he and his father, who accompanied him, suffered unheard hardships and dangers, had various conflicts with the Indians and were made captives in which captivity his father died; together with a description of the country, and various nations through which they passed, edited by Timothy Flint.

Relations between the Mexicans and the Americans were not usually cordial but that wasn’t the case the day James O. Pattie and his friends arrived in Santa Fe to find that a Comanche war party had made a raid and stolen several young women. The trappers, a gallant breed to the last man, rode off to the rescue. The Comanche, not realizing they were being followed, had relaxed their guard. The young ladies were forced to walk ahead of the band. The trappers had set up an ambush and when the shooting started James reached out and pulled one of the prisoners up onto his horse. He gallantly covered her with his own buckskin shirt and delivered her safely back to her father’s doorstep. It turned out the girl’s father was the former governor.

The gracious father offered James a place to stay and apparently the young lady was also most obliging too. From that time forth, James always received a friendly welcome upon his arrival in Santa Fe.

There were many other hair-raising adventures in the narrative, from hand-to-hand combat with a grizzly bear to Indian massacres. Our hero always prevailed. His father, Sylvester didn’t fare so well. He was managing a mining operation at Santa del Cobre when another man swindled him out of his savings. Joining his son, they journeyed to California where the interlopers were thrown into jail. Their Santa Fe trapping license not being valid in California. While in captivity Sylvester died, but once again, James turned misfortune into success when an outbreak of smallpox struck and our hero rose to the occasion. It seems that James was somewhat knowledgeable in the practice of medicine. Charges against him were dropped when he inoculated some 22,000 Californians against the dreaded disease, or at least so he claimed.

It is not known if many of these events really happened exactly as Pattie recalled; however, just what his personal role was is subject for debate.

Perhaps his author, Timothy Flint, in his desire to sell more books, did the exaggerating rather than Pattie. It’s not known what happened to Pattie as he disappeared from the pages of history shortly after the narrative was written. It’s believed he went to California again and perished in a raging snowstorm in the Sierra Nevada. If Pattie was not the hero he claimed to be along the Gila River, he was the first American to write about these events, thus claiming for himself a significant role in its history,