Judge George Turner How did a chief justice of a Supreme Court fall from grace in such a short time? 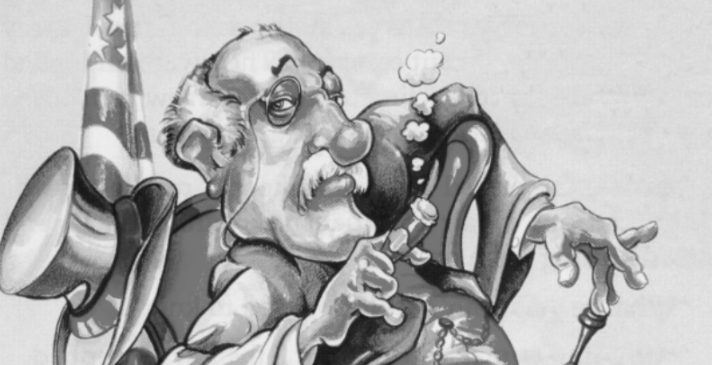 Two years later Turner was accused of demanding payment from litigants for a favorable decision, and his corruption became well-known in the territory. In July 1864, the Gold Hill Daily News attacked him and referred to the wealth he had amassed since his arrival in Nevada. Other newspapers joined in the criticism. That August, a petition, allegedly signed by 3,000 people, demanded resignations from Turner.

How did a chief justice of a Supreme Court fall from grace in such a short time?

By 1863 Judge Turner was being called the most mercenary man in Nevada. He was playing the legal game in a regal way. Using a relative as his broker, who would notify litigants what a favorable decision would cost. Sometimes it became a bidding battle between litigants. One such decision netted him sixty thousand dollars. That would be about 1.8 million dollars today.

Occasionally, Judge Turner would attend to business without his broker.

One day in Virginia City, one of the locals, who was interested in a case before the Supreme Court, was notified by Judge Turner that his decision would depend upon $10,000 being delivered to his hotel room before the next morning. Ten thousand dollars! And it was already evening, and the banks were closed. The man was in a predicament, but It was $10,000 or no favorable decision. At that hour the only way that much money could be found was in was in one of the gambling dens. That amount of gold coin would weigh forty or fifty pounds. He secured a thick burlap sack, obtained the gold around midnight, with the sack slung over his back, he headed for the hotel. The sack was so heavy he bent under its weight as he staggered to the judge’s room and knocked on the door. The judge’s wife Sarah, clad in only the sheerest of nightgowns, stood before him.

“I have brought the money,”

“I will receive it.”

The chap yielded the ponderous sack. Upon seeing it, Mrs. Turner, lady-like, gathered up her nightgown as she would her apron if she were doing housework. He opened up the sack and poured it’s dazzling contents into her improvised repository with the predictable result. The weight of $10,000 in gold coin tore the nightgown off Sarah, leaving her standing buck naked midst a pile of gold coin at her feet.

The story spread rapidly up and down Gold Canyon like wildfire. Joe Goodman editor of the Territorial Enterprise  had a glorious time covering the story.

Judge Turner’s days as chief justice were numbered but, in the meantime, it was business as usual in Virginia City.