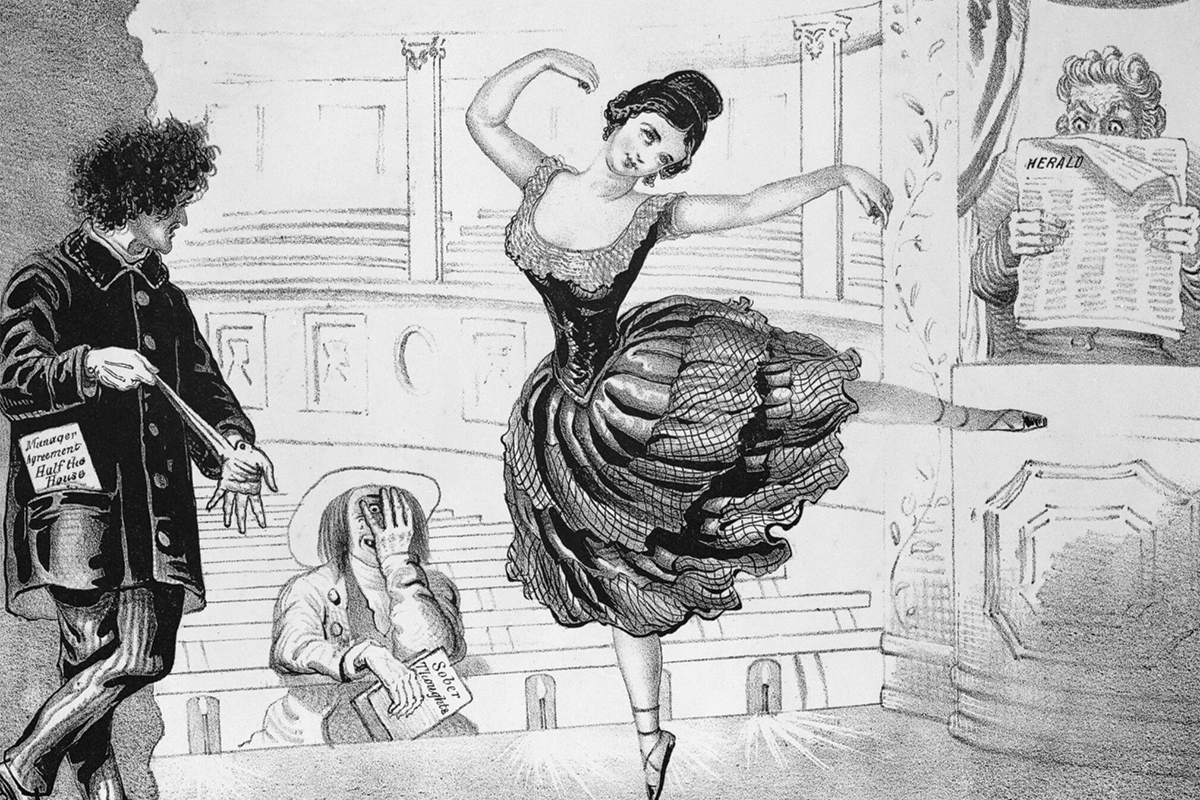 Women were an attractive curiosity during the heyday of the California Gold Rush. A woman could hang her underwear out on a clothesline and draw a large crowd.

One of the most famous entertainers to grace the stages in the gold rush towns was Lola Montez. Tickets to her show went for as high as $500. She was born Marie Delores Eliza Rosanna Gilbert in Limerick, Ireland in 1818, but her stage name Lola Montez fitted her perfectly.  She had the dark, sultry beauty and exquisitely molded features of the women of Spain.  She even invented a line of Spanish ancestors and a fraudulent girlhood spent in Seville.  Another whopper she told was that she was the illegitimate daughter of Lord Byron.

On the stage, she was best known for her Spider Dance, performed in Spanish costume with full, short skirts and flesh-colored tights.  The dance began with Lola wandering on stage then becoming entangled in a spider’s web.  Suddenly she discovered a spider, (made of rubber, cork and whalebone) on her petticoat.  Attempting to dislodge the bug, she shook her petticoat furiously.  On examining her skirts, she discovered other spiders and she shook her skirts with similar fury, revealing her tights.

During the 1850s this was a ploy designed to make the rowdy audiences shout “Higher! Higher” as Lola searched beneath her skirts for the evasive spiders.  She’d kick a leg high into the air as if to squash a spider on the ceiling, and then she’d kick the other.

The miners showed their appreciation for Lola’s talent by tossing their gold dust-filled poke sacks on to the stage.