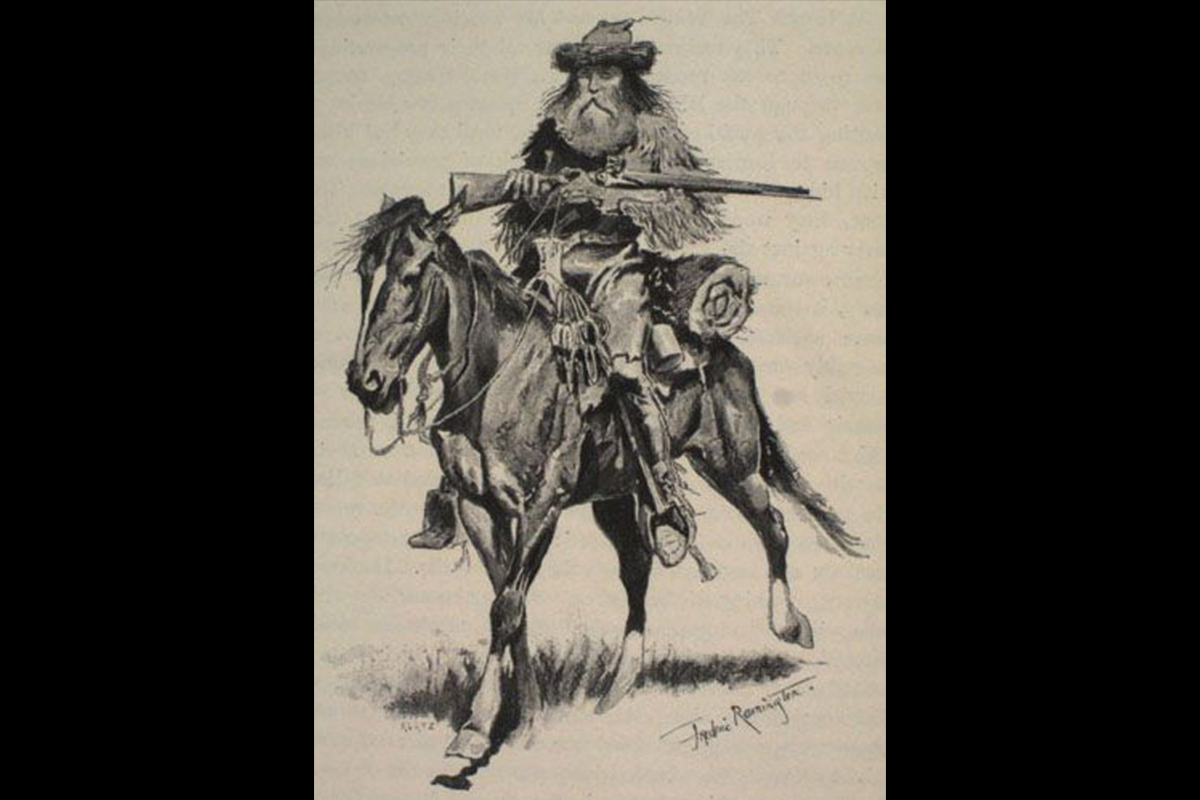 While the Texians winning their independence and while the Santa Fe Traders were opening commerce between the U.S. and Mexico, a reckless breed called mountain men were blazing their way into the heart of the American West.

Although heir days of glory, like the open-range cowboy, was brief they left behind a rich legacy.  They numbered no more than a thousand, maybe two and their heyday lasted less than 20 years, but the mountain men made their mark on American and world history.  Alone or in small groups, they ventured out across the wide Missouri and into the trackless Rockies.

They may have been cleaned up, their stories bowdlerized, their attitude towards Indians and grizzly bears prettified, their exploits exaggerated and they may have been mythologized all out of proportion (which many of them would have laughed at and liked)

But they can never be forgotten or ignored, these aristocrats of the wilderness. They spent most of their lives in the mountains.  They were uniquely American.  No other country has produced such a character or critter as they preferred. More important, they contributed more than any other group to the opening of the American West.

The mountain men were the embodiment of free spirit and independence. They were rebels against the restraints of society who chose to live their lives in the vast unknown where death could come at any moment in a variety of ways. After the fur trade played out some returned to polite society, only partially to serve as guides for the emigrant wagon trains to California and Oregon from the 1840s and 1850s. Today’s railroad lines and freeways follow the trails they blazed across the deserts and mountains.

It is ironic that men who sought sanctuary in the West would, be the ones who led the society they despised, into their final refuge.