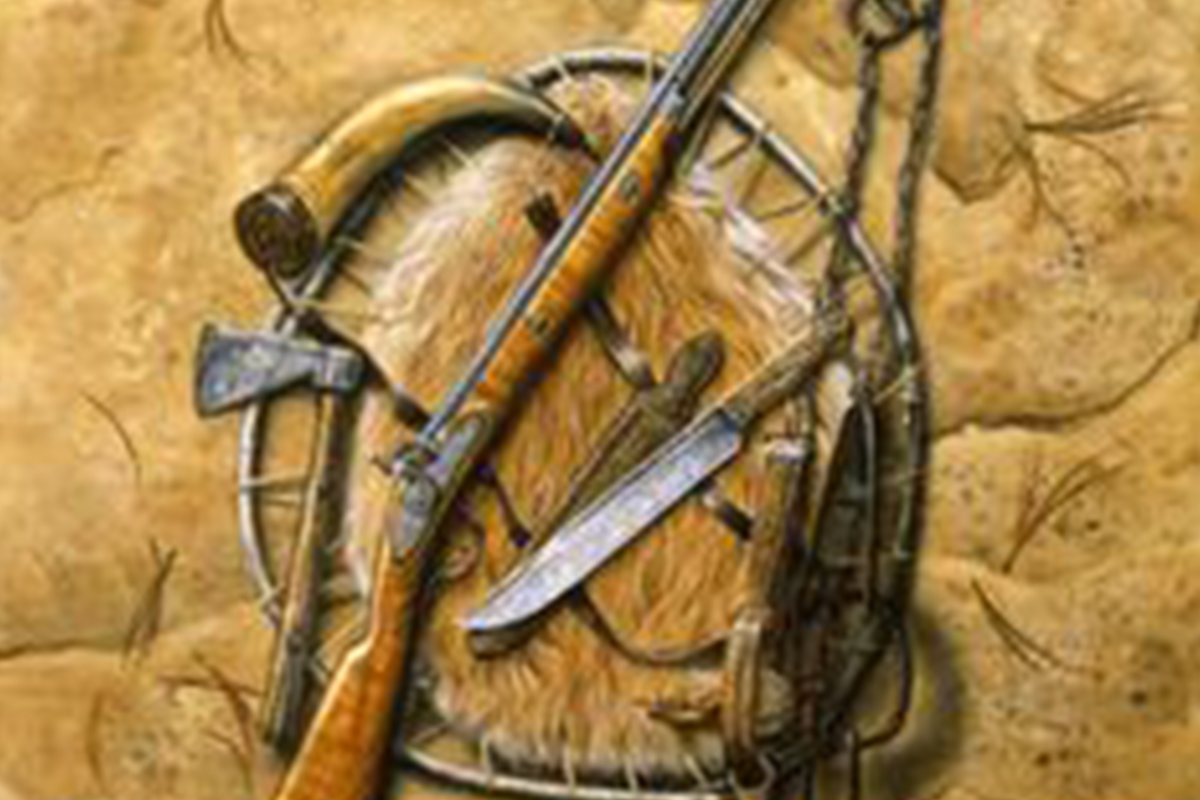 Black Powder was invented by the Chinese in the 9th century. They concocted a mix of charcoal, potassium nitrate and sulfur. Charcoal and sulfur acting as fuel and potassium nitrate (saltpeter) as oxidizer. It was the first chemical explosion known and the only one until the mid-19th century. Up to then, there had been no major improvements on weaponry.

For hundreds of years the flint and striker was used to ignite the powder charge behind the lead ball in the old muzzle-loading weapons. A piece of flint was attached to the hammer. A small load of powder was placed in a pan next to the breech. When the trigger was pulled, the flint would come forward, hitting a striker and throwing sparks into the pan. The power in the pan would explode in a flash and send fire into a hole in the breech, exploding the powder inside the barrel and thrusting the bullet to its intended target. It didn’t always work. Sometimes the result was nothing more than a “flash in the pan,” a term adopted later by Americans to describe a rookie baseball player who has a hot bat during spring training but fades when the season begins.

Then, in 1807, a Scottish clergyman named Alexander Forsyth brewed up a concoction using fulminate of mercury and niter, which would explode when hit by a hammer and the percussion cap was born.

Then, in 1814, an American artist, Joshua Shaw, harnessed the energy in a little copper cap that was placed on a nipple located at the breech of the weapon.  When hit with a hammer, the cap would explode sending a charge through a hole in the nipple to the larger powder charge in the breech. The resulting explosion (usually) sent the lead ball or mini-ball through the barrel towards the target.

Today, modern day mountain men relive those days staging shooting contests with their flintlock and percussion cap weapons and they still wage friendly arguments over which ignition system is best.

The history of firearms in the West began with flintlocks and muzzle-loading Kentucky (Lancaster or Pennsylvania) long rifles along with the popular rifles made by the Hawken brothers of Missouri. They were the weapons of choice from the time of Lewis and Clark to the Mexican War. During the Civil War the average soldier could get off three rounds a minute with his muzzle-loading Springfield

Then along came, in one generation or two: Sam Colt, Horace Smith and Daniel Wesson, Oliver Winchester, Eli Remington, Christian Sharps, Christopher Spencer, B. Tyler Henry and John Browning. And, the rest they say, the rest is history.