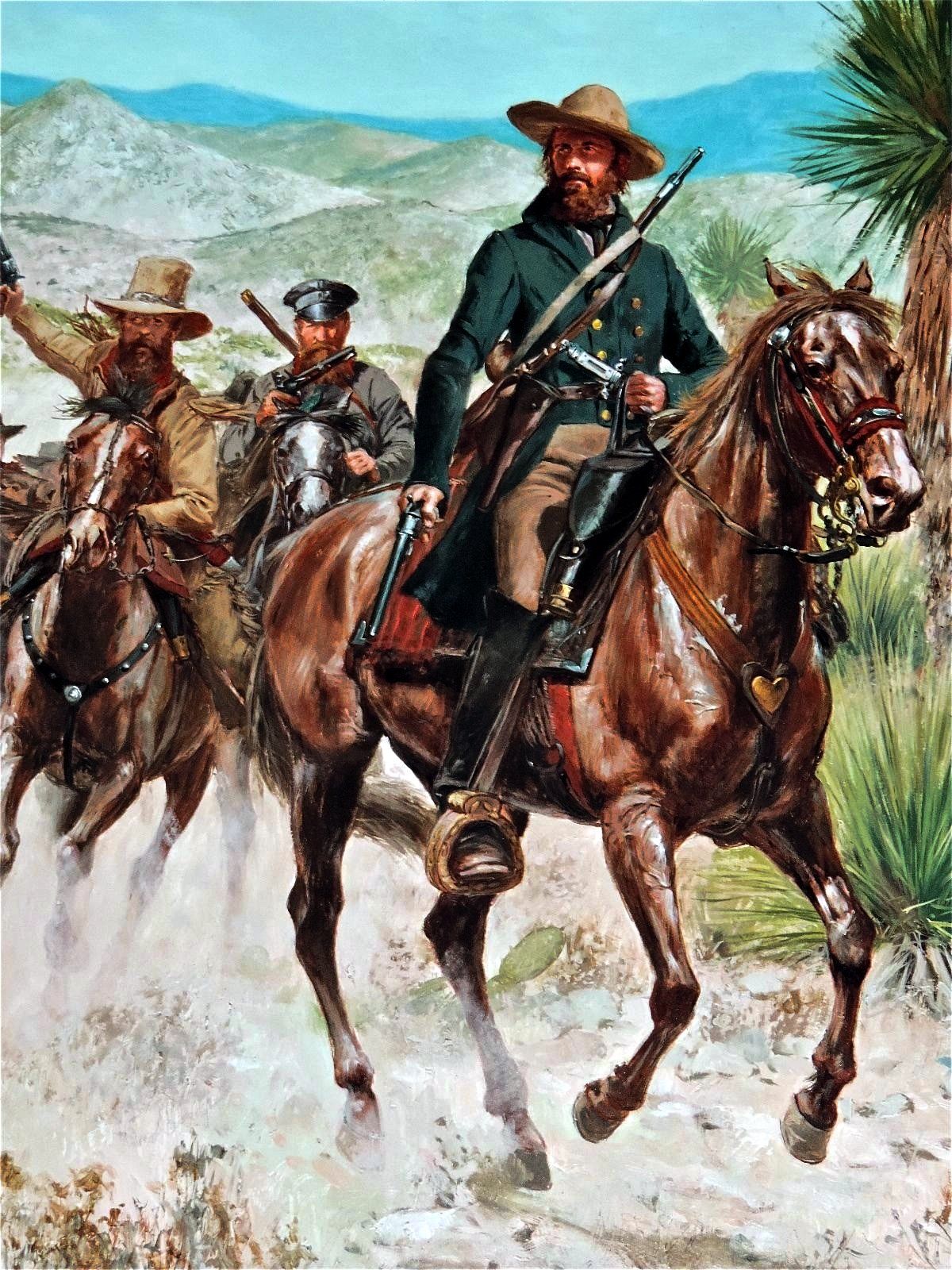 Their reputation of the mounted Texans was so great, Walker’s Rangers, along with those of fellow-Texans, Colonel Jack Hays and Captain John S. Ford, were given the responsibility of protecting the flanks of the regular army by direct order of President James Polk. They were also “reinforced” by 1,000 new Colt Army revolvers.

On October 9th, 1847, the ever-gallant Captain Walker led his small force of two hundred fifty men on a hell-for-leather charge into Santa Anna’s army of nine hundred at Huamantla. They swept the town, fighting with sabers and pistols, capturing all the Mexican guns, but not before Sam Walker was killed in action.

During the fighting a Mexican lance was driven through his body.  At the same time a canon shot tore off a leg. Mortally wounded, he was still able to fire two fatal pistol balls into the Mexican guerilla chieftain who opposed him.

It was ironic that Walker had survived one harrowing adventure after another from Resaca de la Palma to Monterrey only to die in an insignificant battle in some obscure place that took place after the fall of Mexico City.

He also died just before his 1847 Colt Walker revolver came on the market.