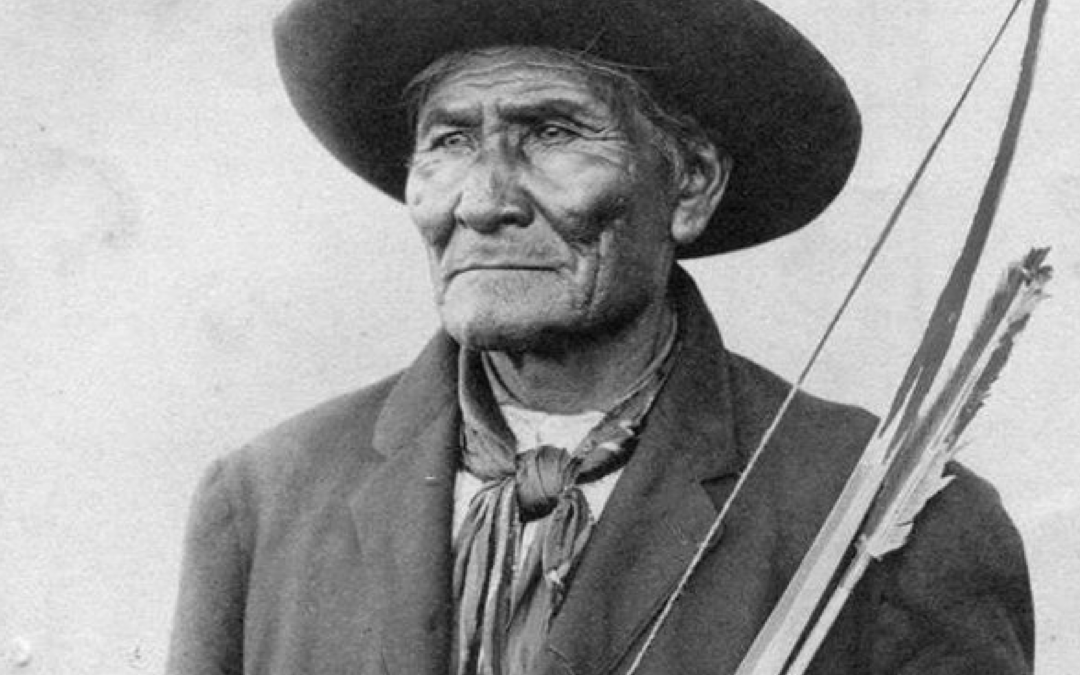 I’ve been asked a number of times, “Where would Geronimo or Sitting Bull have learned their trade as a medicine man. How did they get this position? Were they born to it? Or did their parents possess the magic?”

There were many ways they would have learned those skills. Perhaps from an older shaman or medicine man. They might have had a gift of prophecy also. Geronimo certainly had it. In the Apache culture and other tribes a war chief gained followers by his ability to lead and the most important part of that was keeping his followers alive. This was true with most of the warrior tribes including mountain and plains Indians.

As for gaining respect as a shaman it had to be earned. Some of these crafty shamans weren’t above using slight-of-hand trickery much the same a magician. I remember a story author Ross Santee told of an Apache medicine man who promised his people he would bring rain. He was watching a large storm cloud approaching. His audience had their backs to the clouds. Suddenly the changed directions and bypassed the group. Not uncommon in the rain-starved Arizona deserts. The medicine man reacted quickly, putting his audience on a guilt trip by accusing them of not having enough faith or violating a taboo and they were to blame for the rain taking its precious water elsewhere.

Like every culture, there were some charlatans who used slight-of-hand methods to sway their desciples.

Perhaps a more familiar story is that of White Eagle, an impetuous young Comanche warrior and important medicine man. Declaring himself a prophet, in June of 1874, he instigated the famous attack on Texas panhandle buffalo hunters at Adobe Walls. White Eagle had predicted a major victory. He told the warriors they would be invulnerable the bullets of the white man’s buffalo rifles. A missionary said of him, “This young medicine man makes bold pretensions. He claims that he has raised the dead to life. He is reported to have raised from his stomach nearly a wagon-load of cartridges at one time, in the presence of several Comanches.” He then told his fellow Comanches that he could supply all the ammunition they would need in any battle in the future. “He can make medicine,” Battey heard, “which will render it impossible for a Comanche to be killed, even though he stands just before the muzzle of the white man’s guns. He ascends above the clouds far beyond the sun – the home of the Great Spirit, with whom he has often conversed.” As several hundred warriors gathered under Quanah’s leadership, White Eagle showed the magic yellow paint he had applied to his and his horse’s bodies. No bullet could penetrate the sacred yellow paint, he told them. Several warriors used the paint. On the way to Adobe Walls, situated on the north bank of the Canadian River near present Borger, Texas, some Cheyenne warriors killed and ate a skunk.

The unexpected defeat of the approximately 700 Comanche, Kiowa and southern Cheyenne warriors by buffalo hunters armed with long-range rifles resulted in White Eagle being disgraced. He exacerbated the problem by accusing the Cheyenne warriors of violating a taboo. He was referring to them feasting on a skunk. The warriors got their revenge by changing his name to Esa-tai that translates to Rear End of a Skunk.

Generally speaking, age was a benefiting advantage as it brings with it wisdom and much respect was usually accorded to elders.

Something I’ve learned from my many years among Native Americans is they can’t be stereotyped nor typecast. We are all much more alike than different.