Small Town Movie Theaters In The 1940s What were small town movie theaters like in the 1940s during the heyday of B-Westerns? 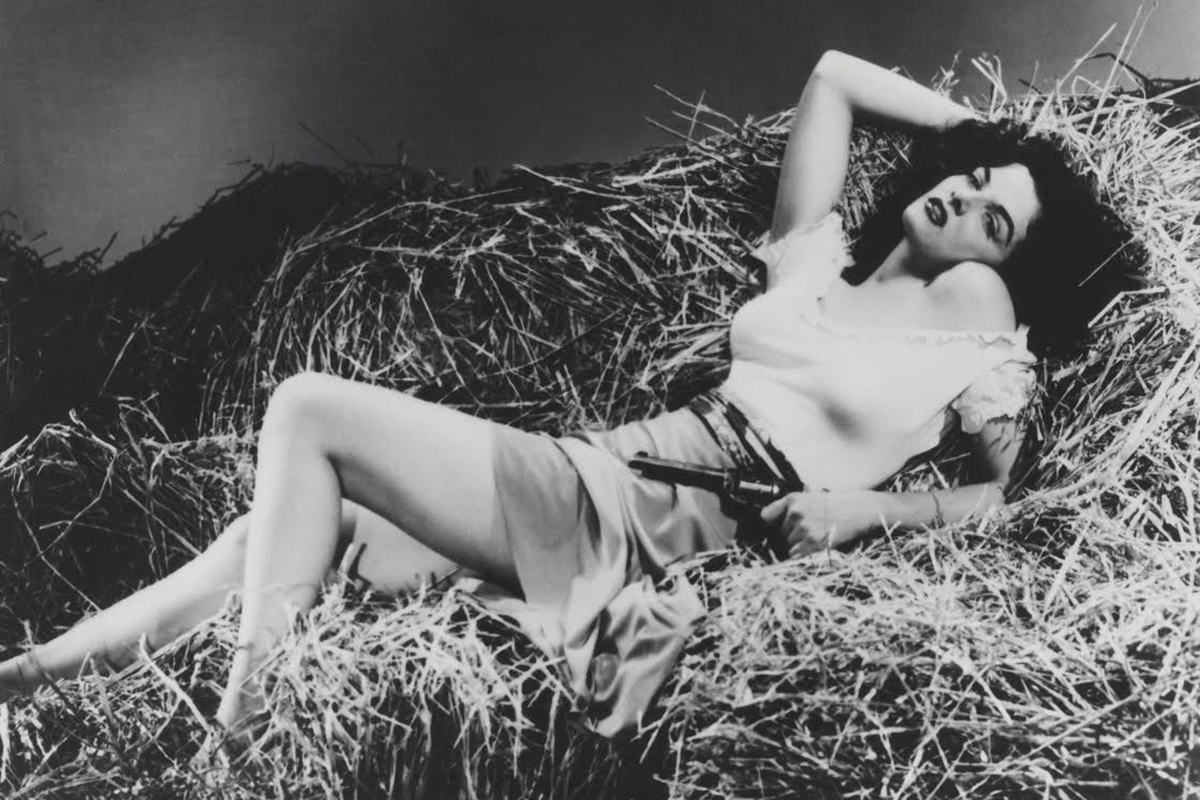 What were small town movie theaters like in the 1940s during the heyday of B-Westerns? Remember this was before those little b/w television sets with rabbit ears on top graced every living room.

I grew up in a small northern Arizona town on Route 66 that didn’t have a picture show in 1947 but some enterprising soul set up an outdoor theater next to a gas station on the highway. Route 66 was the only paved road in the town.

For a screen, he hung a large, white bed sheet from the limb of a big juniper. One of the movies I remember was “Rolling Plains,” starring Tex Ritter. The old projector was so noisy we could barely hear Tex warbling his cowboy songs.

A few weeks later we upgraded to an indoor movie once a week in the high school gym. The next theater was only open a few months before re-opening as Charlie Clingman’s pool hall. That was the first of many times I saw Henry Fonda in “My Darling Clementine.”

In 1949 the Yavapai Theater opened for business. It was the first movie theater in Ash Fork and was a big event for the town. Movies were shown four times a week and tickets for kids cost fourteen cents. The local mercantile store paid two cents each for pop bottles and it was easy to pick up enough lying along Route 66 to buy a ticket. I think my most memorable flick from was the voluptuous Jane Russell in the notorious, Howard Hughes film, “The Outlaw.”

My mother, a waitress at the 66 Café, threatened to kill me if I

dragged my little brother Danny to see Jane Russell and her famous uplifting bra designed by Howard Hughes engineers. The censors in Hollywood held up release of the film for quite some time. The preacher at the local Baptist Church, when he wasn’t chastising women for wearing makeup, swore that if any of his perisher’s went to see the movie they’d see things they weren’t supposed to see. Upon hearing that I was willing to risk my life just to see what I wasn’t supposed to see.

Danny and I gathered fourteen pop bottles scattered along Route 66 and sold them at the local grocery store for 28 cents, enough for two tickets. We boldly walked in and waited with great anticipation that provocative scene everybody was talking about where Billy the Kid aka Jack Buetel, wrestled with “Rio,” aka Jane Russell in the haystack. It happened pretty early in the film. She tried to shoot him and missed then tried to stab him with a pitchfork. One thing led to another. Suddenly, the screen went dark and when it lighted up again it was the next morning and Billy was out in the street palavering’ with some hero-worshiping youngsters. I wanted to jump up and shout “We wuz robbed.”  When the lights came on at the end of the movie I did see “something I wasn’t supposed to see,” the local preacher sitting in the front row. I could swear I saw a look of disappointment on his face too. At church the following Sunday he and I, without saying a word, made a silent vow: He wouldn’t tell my mother on me and I wouldn’t tell the congregation on him.

And that’s a little sidebar of history from those picture shows in a small Arizona during the 1940s. Many years later, when Larry McMurtry’s, The Last Picture Show hit the silver screen it brought back some fond memories of the old Yavapai Theater.