Spendazuma The Arizona Territory proved to be an ideal place for swindlers and con artists to ply their trade... 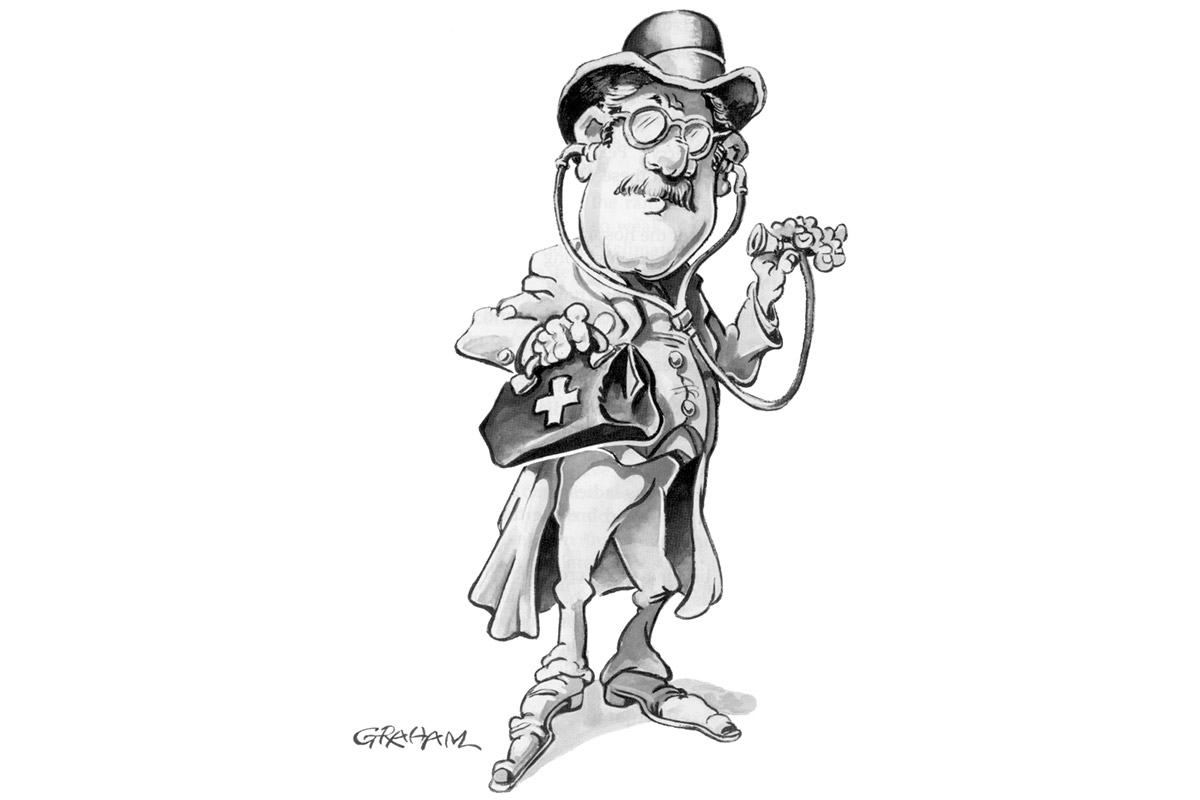 The Arizona Territory proved to be an ideal place for swindlers and con artists to ply their trade. The wild, untamed country that lay between California and New Mexico bore a king’s ransom in gold and silver. However, it also proved to be fertile ground for silver-tongued swindlers. Million-dollar corporations were created on non-existent mines in Arizona’s remote mountains, selling useless stock to eastern speculators. Land fraud also enriched these grifters who proved over and over again that P.T. Barnum was right, “There’s a sucker born every minute.”

Today’s con artists selling lakeshore lots on the edges of mirages are mere amateurs when compared to those flim-flam bamboozlers of yesteryear.

All good con artists have a few things in common; a gift of gab, charisma, no conscience and absolutely no shame.

The esteemed con man Dr. Richard Flower wasn’t really a doctor. He earned his living for a time selling cure-all bottled medicine. The label on Doc Flower’s medicine bottle claimed to cure, among other things, baldness, incontinence, impotency, unmentionable female disorders. It would turn fat into muscle and give a woman a full, rounded bosom. The concoction contained mostly alcohol, but few complained, especially those little old ladies who would never think of allowing whiskey to touch their lips.

Doc eventually grew tired of small-time schemes and decided to play for higher stakes. Fortunes were being made in the Arizona mines and since he didn’t have a mine of his own Doc decided to create one.

He’d never been to Arizona and wouldn’t have known a gold nugget from a kernel of cauliflower but that didn’t stop him. He erected a phony, movie-set looking mine complete with a head frame and shaft east of Globe near the little town of Geronimo. He bought a few samples of ore from a producing mine and headed back east to locate suckers…er, investors.

Doc returned to New York claiming to have discovered the richest gold mine in the history of the world.  He decorated his New York office lavishly and began to sell stock in his “fabulous gold mine”. Flamboyant advertising and hard-sell sales pitches brought in suckers by the thousands.  Soon, people were begging to buy stock at $10 a share. Then it went up to $15 a share. The rugged town of Geronimo became a household word throughout the eastern states.

He called his company the Spendazuma, a name that revealed Doc’s wry sense of humor. Mazuma was a slang for money; so he was subtly asking his investors to “spend-yer-money”. Surprisingly, no one caught on. Soon, Doc Flower had suckers waiting in line to lay down their money in a non-existent mine.

The balloon burst when a reporter from the “Arizona Republican”, today’s Republic, named George Smalley rode in to have a look at the Spendazuma Mine.

The reporter became suspicious when he looked upon the prosperous-looking ten million dollar mine but took note that workers were a scarce as horseflies in December.

The property was being guarded by an irascible reprobate named Alkali Tom, who tried unsuccessfully to keep the pesky reporter from snooping around the imaginary gold mine but Smalley was not to be denied. Barely escaping with his life he made it to a telegraph station and posted his expose.

When the story hit the newspapers Doc’s lawyer indignantly threatened to sue for $100,000 and demanded a retraction. When that didn’t work he changed strategies and offered Smalley a $5,000 bribe to re-write the story and admit his mistake causing the spunky reporter to chase the lawyer from his office.

Thus ended the Spendazuma Mine swindle but Doc Flower wasn’t easily discouraged.  Over the next few years he was arrested several times for swindling, jumped bail, served some jail time and pulled off several other schemes including bilking a rich New York widow out of a million dollars. Police chased him all over North and South America before catching up with him in Canada in 1916.

The law never could keep the silver-tongued swindler out of circulation for long but the Grim Reaper managed to accomplish the feat. He was out on bond again and contemplating another escape when he collapsed and died while sitting in a movie theater in Hoboken, New Jersey.