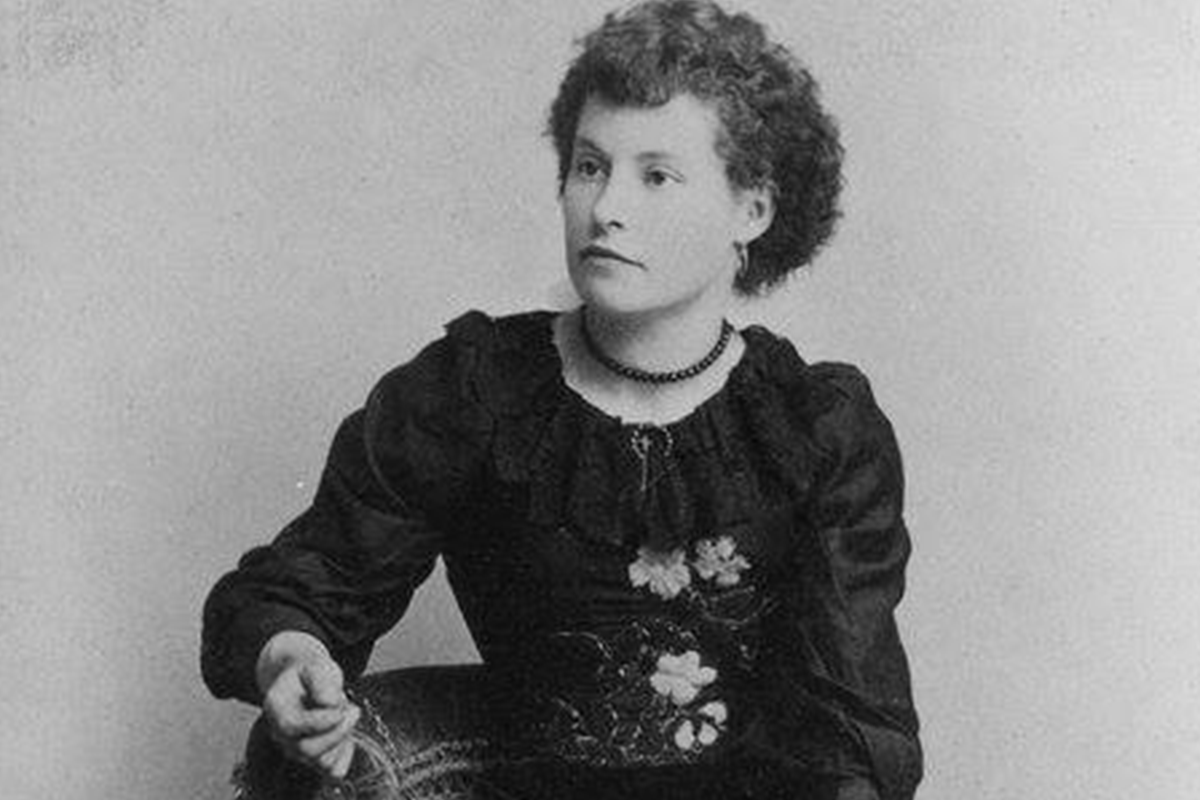 Mary Elizabeth “Libby” Haley was born into a prosperous family in Belton, Texas. Her life changed dramatically at the age of ten when she was taken captive by a war party of Comanche. They held her for three years until her father paid a ransom. He was certain she had been violated. She became a pariah to pariah. He kept her isolated and allowed her no social life.

Somehow, she met a man twice her age and wanted to marry but when he came to meet her family her father shot the suiter dead on the front porch. Libby knew she had to get away from her family so she left and headed for the cow town of Abilene, Kansas where she took a job as a prostitute and dancer. It was there she met Billy Thompson, younger brother of the notorious Ben Thompson. Billy is remembered for his 1873 killing of Ellsworth Sheriff, Chauncy Whitney in what was ruled an “accident.”

She took up with Billy and they posed as a married couple. Custom at the time declared it was more of a taboo for an unmarried couple to be living together than for a man to be living with a prostitute. Libby supported Billy’s gambling by plying her trade. For a time they lived in Dodge City where she was one of the town’s more popular prostitutes. She usually split her profits with her paramour.

Libby’s “professional” name was Alice. She had a small gap in her front teeth but that’s not how she got her nickname. She was fond of the prairie dogs that inhabited the plains of Kansas. She kept some as pets and led them around town on a leash. One night a drunk saw her walking one of her pets, mistook it for a squirrel and named her Squirrel Tooth Alice. The name stuck.

She and Billy were a couple for 24 years and she bore him three children. She also had three more. She continued to be a prostitute until she retired at the age of sixty-six. She wasn’t ashamed of her profession all her daughters followed her into the world’s oldest profession. She died in a rest home in 1953 at the age of ninety-eight. One of her daughters described her mother saying, “She wasn’t average.”

Libby wrote of her early years.

“I was born in 1855 in Belton, Texas to James and Mary Raybourne Haley. Growing up was difficult as my family lost nearly everything during the Civil War. Towards the end of the conflict things got worse when the family farm was raided by Comanche Indians in 1864 and I was kidnapped. I remained with the Comanches for three years until 1867 when my parents paid a ransom for my release. It was during my time with the Comanches that I learned to lay with men.

Through no fault of my own I was seen as a marked woman after my release. Though only 13 years-old most people assumed that I had been “used” by the Indians during my captivity and I was shunned and ostracized from society.

I made my way to Sweetwater Texas where I worked pleasuring men and eventually became the madam of a brothel.”