Suits Of Armor Did Killin’ Jim Miller get the idea of wearing body armor from Ned Kelly? 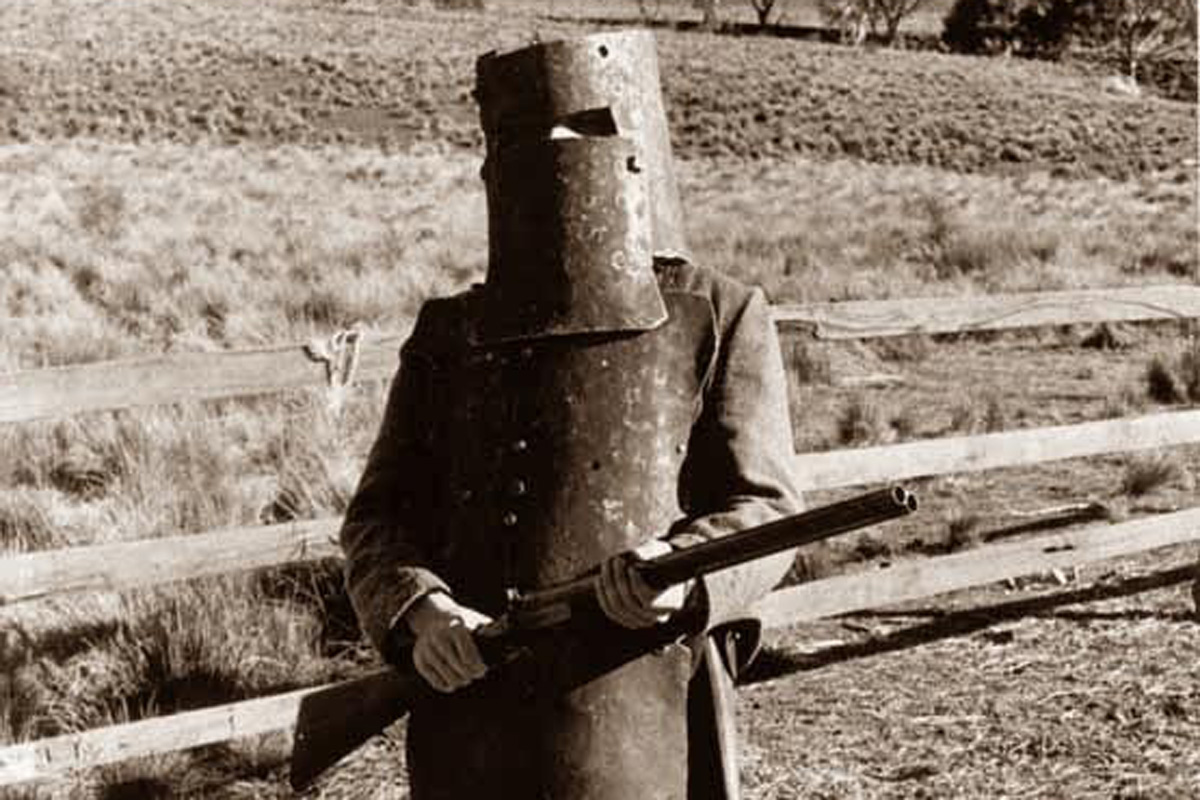 The question was: Did Killin’ Jim Miller get the idea of wearing body armor from Ned Kelly?

It’s hard to say whether or not Jim Miller was emulating Ned Kelly but the idea of wearing some kind of body armor was not unique.

It is said that silk can in fact either stop or impede the travel of bullets, especially the lower velocity black powder types.

I’ve read that Cole Younger wore a heavy salt brine-layered vest. It was effective against most cap and ball rounds as well as buckshot at a distance, but it didn’t stop rounds from heavier caliber firearms.

Many have tried using body armor, including Quahadi Comanche leader, Iron Jacket, grandfather of the last Comanche Chief Quanah Parker. He wore an old Spanish coat of mail that protected him from small arms fire and arrows. But at the 1858 Battle of Little Robe Creek against the Texas Rangers his armor was no match for the high caliber guns used against him.

There were others who donned some kind of sheet armor, but they were not always practical. At the mountain man rendezvous of 1837 at the Green River in today’s Wyoming, a wealthy Scottish Nobleman, William Drummond Stewart gifted the famous Jim Bridger with a suit of armor with a matching plumbed helmet and shin guards. Bridger put it on and paraded around the rendezvous creating quite a sensation among the Indians and trappers. The artist Alfred Jacob Miller, who was accompanying Stewart did a pen and ink sketch of the event. Bridger wore the suit on many occasions.

Ned Kelly was an Australian bushranger, outlaw and folk hero. Incidentally, the armor Ned Kelly, Joe Byrne, Steve Hart and brother Dan Kelly wore at the 1880 siege at Glenrowan were made from old plough metal and weighed an incredible ninety-seven pounds. The heavy quarter-inch-thick steel was not practical for defensive wear as the Kelley gang learned. Byrne, Hart and Dan Kelly were killed in the shootout with police. After the battle Ned’s unprotected limbs suffered several wounds making it impossible to escape. He was caught, tried, sentenced and hanged on November 11,1880.