The Battle Of Pinos Altos While Mangas and his Membreno’s were terrorizing the Pinos Altos area, Cochise was busy raiding along the Santa Cruz River where he killed 150 Americans.

Mangas Colorados, the great chief of the Membreno Apache, had been friendly with the Americans since 1846 when he offered to join them in their war with Mexico. But since the humiliating whipping given him by the miners at Pinos Altos and the betrayal of his son-in-law Cochise by the Army at Apache Pass in early 1861, he had declared war on the miners and settlers. He and Cochise had effectively closed the road between Mesilla and Tucson.

While Mangas and his Membreno’s were terrorizing the Pinos Altos area, Cochise was busy raiding along the Santa Cruz River where he killed 150 Americans.

The opening rounds of the Civil War coincided with the outbreak of the Apache wars in southern New Mexico (Arizona was still a part of New Mexico). The Butterfield Overland Mail shifted its route further north in March 1861 to St. Joseph, Missouri and Sacramento, California. The manager of the El Paso Station, the largest on the line, not wanting to let any more company property fall into Rebel hands, set out to reach California. On July 20th the small party, numbering only seven, came under fire at Cooke’s Canyon from some 200 Apache led by Mangas and Cochise.

Armed with Sharps carbines and Colt pistols the brave little band managed to hold off the Apache for three days before the last man fell. The Apache losses were more than twenty killed and several more wounded. Cochise would later say admiringly, “with twenty-five such men he would undertake to whip the whole United States.”

During the summer of 1861 federal troops burned forts Buchanan and Breckinridge in Arizona and headed east. The Apache regarded this as a military victory for them. By August there were less than sixty Americans left in Tucson. Most of the residents had either fled to Mexico or retreated to California. With the exception of the legendary Pete Kitchen his sharpshooting wife ’s ranch at Calabasas, all the farms and ranches along the Santa Cruz River were Abandoned.

A wagon train left Tucson on August 15th, 1861. In the train were twenty-four men, sixteen women and seven youngsters. They were also driving a herd of livestock.

On August 27th the warriors under Mangas and Cochise ambushed them at Cooke’s Canyon. Just in the nick of time, a, 35-man force of Arizona Guards under Captain Thomas Mastin and Lieutenant Jack Swilling arrived and routed the Apache, inflicting heavy casualties. They escorted the besieged wagon train to the Rio Grande then quickly rode back towards Pinos Altos. Mastin took half the force to Pinos Altos while Swilling and his men headed for the Mimbres River Stage Station. When Mastin saw the huge force of warriors he immediately sent for Swilling. 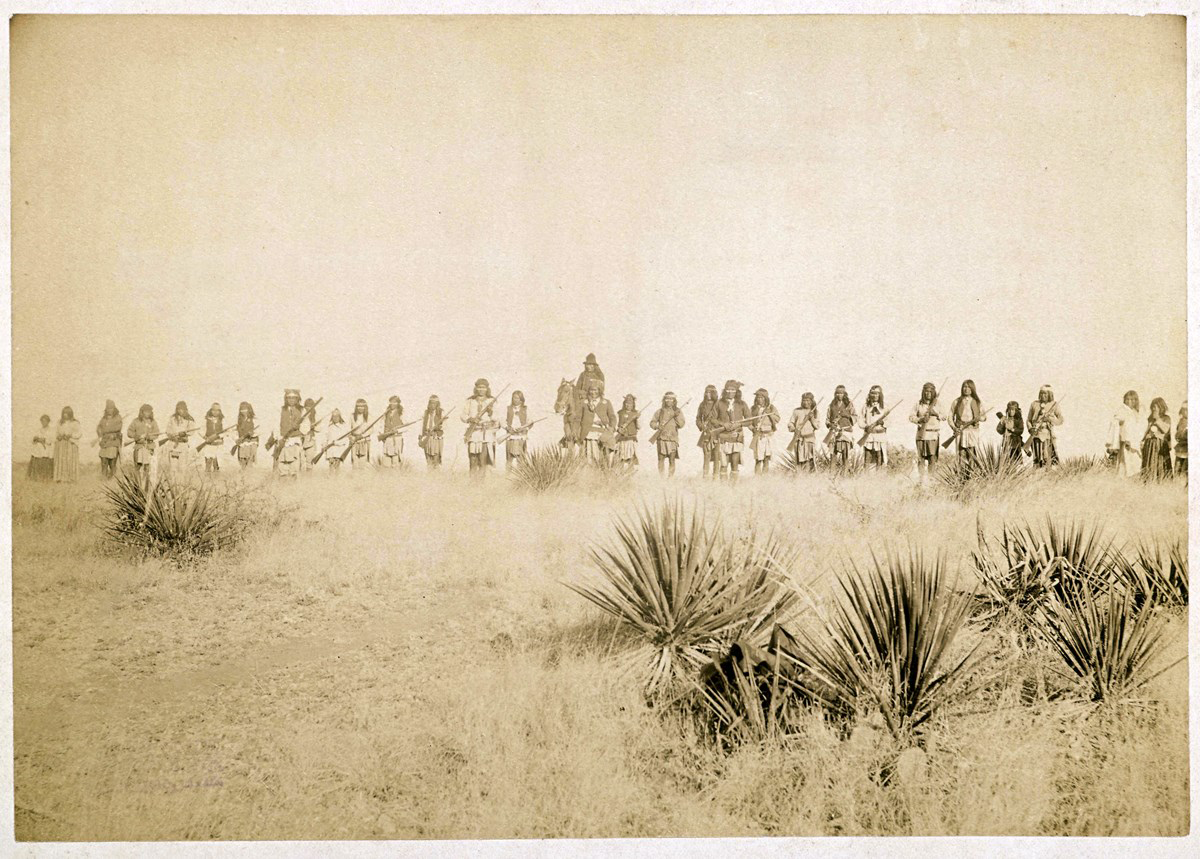 On the morning of September 27th, 1861 some 200 Apache under Mangas and Cochise attacked Pinos Altos. The cabins were spread throughout the woods and groups of Apache attacked each. Much of the fighting was hand to hand. When Swilling arrived, he found Captain Mastin had been mortally wounded. The women were gathered in a local supply store.  These resourceful gals found a canon in one of the rooms. They moved it to the door, loaded it with nails along with any other metal objects they could find, opened the door and fired just as the Apaches were about to burst in. The blast killed several and wounded several more. While they were recovering from the shock and getting ready to re-group, Swilling and his men came riding in. Hollywood couldn’t have scripted it better. They quickly drove the Apache from the area.

The Apache losses were devastating but Mangas also had a victory. Shortly after the battle the miners decided to abandon Pinos Altos.