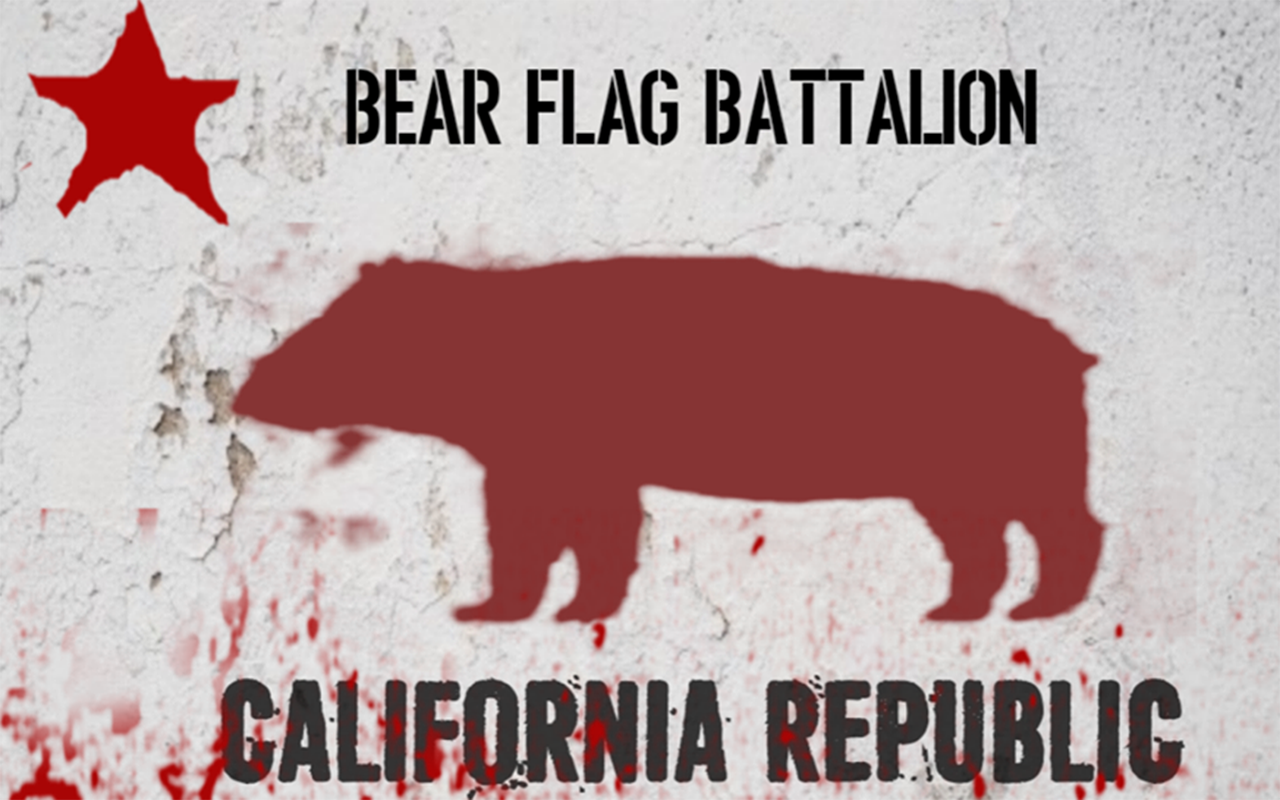 In the spring of 1846 Captain John C. Fremont and Kit Carson were on another of their famous mapping expeditions in the Far West with a 60-man geological survey to find the headwaters of the Arkansas River. Instead, they were in California’s Sacramento Valley where Fremont was stirring up the American settlers to revolt against Mexican authority.  He was ordered to leave by Mexican authorities, He left, bidding his time in the Sierra Nevada to await word of the pending war.

On June 14th, a small band of frontiersmen led by Ezekiel “Stuttering Zeke” Merritt and William Ide captured the town of Sonoma, just north of San Francisco and arrested the commander, Mariano Vallejo. They declared the creation of the California Republic. Sporting a battle flag with a picture of a grizzly bear on it, the rebels began calling themselves Bear Flaggers.

Few of the Americans at the time had bothered acquire legal land grants from the Mexican government and as rumors of war between the U.S. and Mexico spread, they might be expelled or even be attacked by the Californio forces. But the Bear Flag Republic was short lived.

When word arrived that a state of war existed between the United States and Mexico, Fremont took control of the uprising and assumed command of the rebel forces. By July 9th the American forces occupied San Francisco and the bear flag was lowered and replaced by the American. The bear flag was gone but not forgotten. In 1911 it became the California State Flag.