The Belles of the Boom Towns 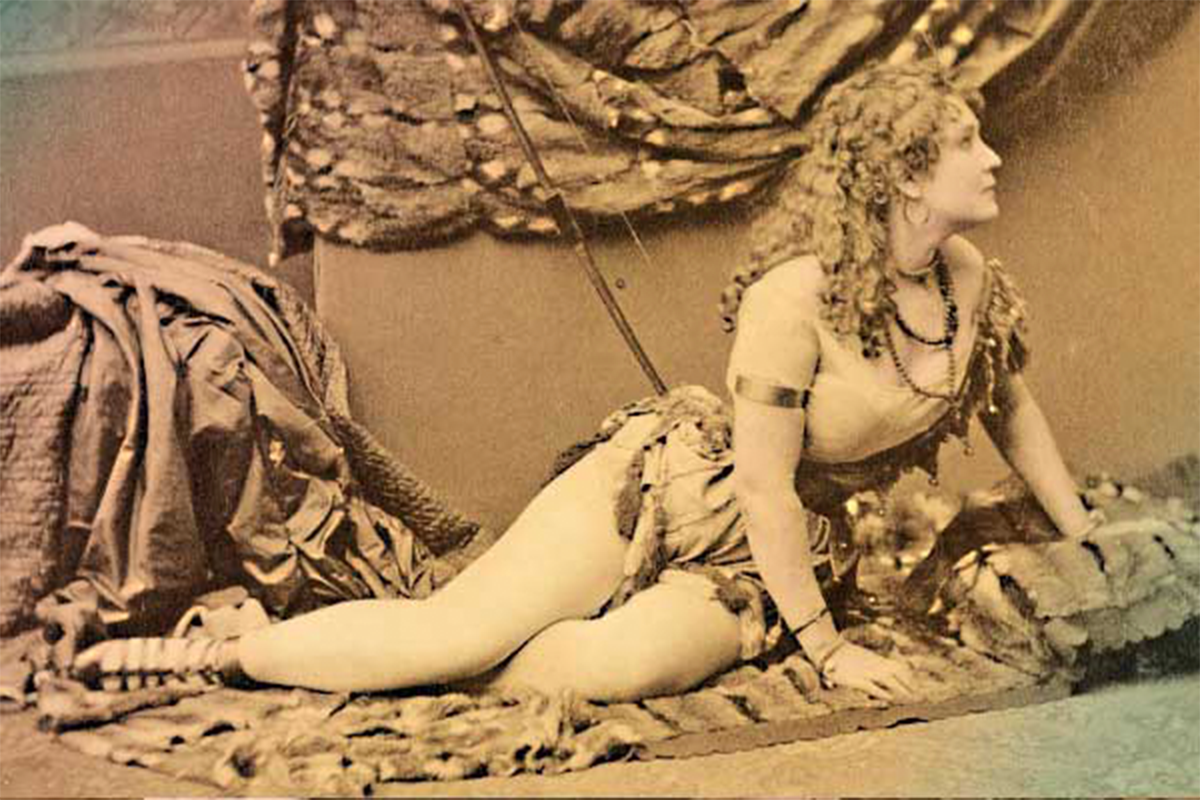 Female performers who played in the rough-hewn mining camp theaters had an edge on their male counterparts simply because they were women. That alone was enough, in many parts of the West, to draw a crowd. Actresses then, as now, were the harbingers of social change. Lotta Crabtree, appearing on stage while still a teenager, shocked audiences later by baring her legs and smoking on stage. Lotta, a strikingly beautiful lady, with sparkling eyes and lustrous blond hair, was America’s highest paid actress during her heyday. Talented performers could attract high prices. Tickets to see Lola Montez in San Francisco during the 1860’s cost $65 apiece.

But there were limits to what these lonely men would tolerate. Antoinette Adams was the first performer to play Virginia City. She stood six-feet tall, stoop-shouldered with a long, goose neck and a large Roman nose. She was described as being old enough to be their aunt and “ugly as a snaggle-toothed dog.”

When the applause died down, he passed his hat encouraging the audience to give generously for Miss Adam’s retirement fund. Silver dollars rained down on the stage like a hailstorm,

When order was restored, Miss Adams, all smiles and blushes, again croaked “Under the Willow.”  Once more there was wild applause followed by more money tossed on stage.

She looked out at the audience and tried again to sing but all she could muster was a high-pitched wheeze.

The next day the stagecoach left town with a happy Antoinette Adams on board and allegedly, a secure retirement.