The Day The Rails Reached Phoenix The two transcontinental railroad lines across Arizona along the 32nd and 35th Parallels were completed by 1883 but there was still no line running through Phoenix... 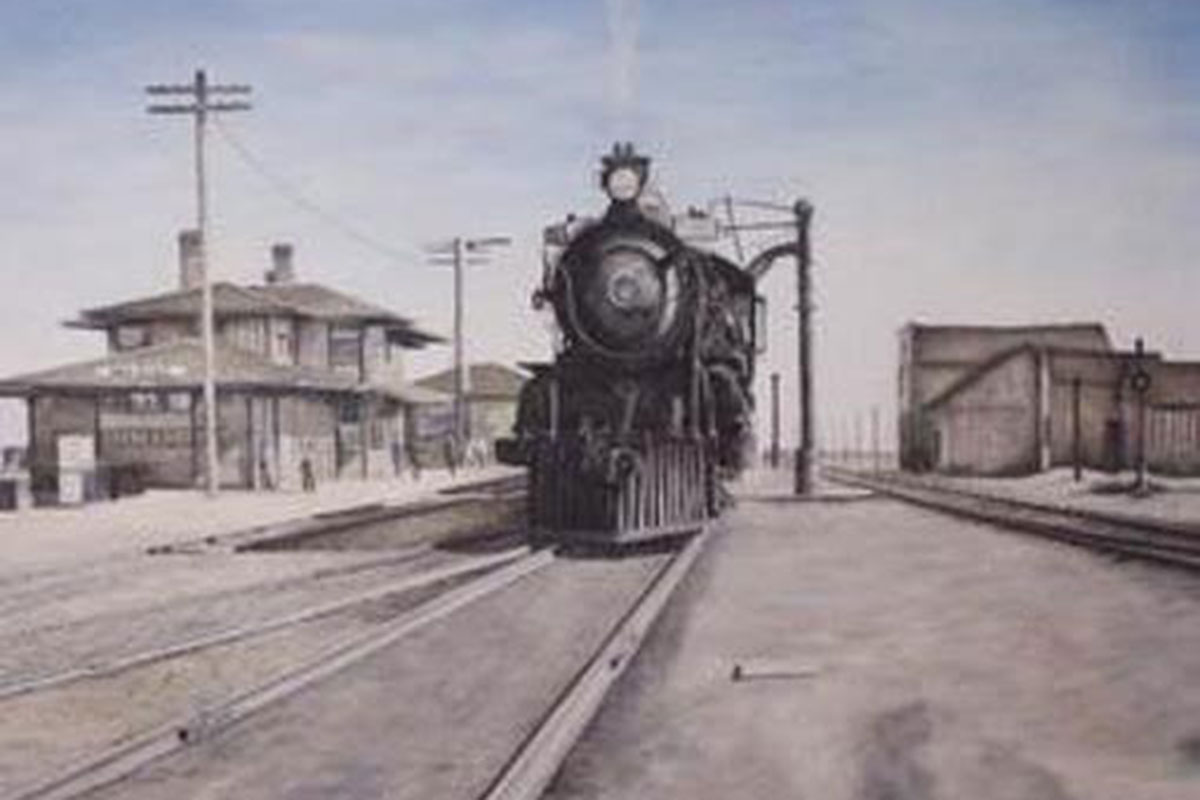 The two transcontinental railroad lines across Arizona along the 32nd and 35th Parallels were completed by 1883 but there was still no line running through Phoenix. Passengers heading for Phoenix still had to catch the stagecoach at Maricopa and make the 28-mile trip to the future territorial capital. Plans were underway by the Southern Pacific to build a branch line to the city on the banks of the Salt River.

The original railroad right-of-way was designed to go west of South Mountain and approach Phoenix from that direction however, the citizens of Tempe put up such a howl the line was changed to run through their town.

The Maricopa & Phoenix Railroad was chartered and the task of establishing grades and laying down track began in earnest on November 1st, 1886.

W.J. Murphy, famed as the entrepreneur who brought about the construction of the Arizona Canal was the superintendent of the job. Bridges for the Gila and Salt rivers were built in San Francisco and shipped to the sites for assembly.

An argument developed between the Pima Indians, who owned part of the right-of-way and the railroad but there was no stopping the gandy dancers and graders. Onward they trudged into the reservation despite threats from the angry Pima.

By January 10th, construction crews had reached the Gila and work was begun on the bridge. Since the trespassing issues hadn’t been resolved the Secretary of the Interior suspended work and ordered the crews off the reservation. Negotiations with the Pima went on for six weeks before a settlement was reached. The mnatives received $707 and work on the line was resumed.

By the end of April the line was nine miles north of the Gila and there was speculation it would reach Phoenix by June 1st. Railroad stations were being built at Tempe and Phoenix and the grade was being cut at the south end of the Papago Buttes. A sense of excitement was sweeping the Valley. Folks rode out to the banks of the Salt at Hayden’s Ferry to watch construction on the bridge. Shopkeepers were pondering the cornucopia of new merchandise from eastern from eastern suppliers for their customers and real estate developers, yes, we had ‘em then, were eagerly getting ready to cash in on the coming real estate bonanza.

Then Murphy’s Law struck. The construction crews ran out of track, causing a three-week delay. Finally on June 19th, 1887 a new Baldwin steam locomotive with “Phoenix” painted on its side chuffed its way into Tempe.

Meanwhile, across the river in Phoenix plans were being made to welcome the railroad. Again progress slowed as the blazing summer head made the rails too hot to handle and track layers had to don heavy buckskin mittens.

Work ground to a halt again as the over-anxious citizens and construction crews began a boisterous but pre-mature celebration. On Monday nobody showed up for work and new crews had to be hired. Enthusiastic citizens joined the crews in their haste to complete the line before the Fourth of July.

Finally, on July 3rd the last of the rails was “laid in and tied down.” Captain William Hancock, the man who surveyed the Phoenix town site 17 years earlier, drove in the last spike. The long-sought dream had come true—the railroad had at last, arrived.

The next day, July 4th, brass bands played and politicians rambled. An honor guard fired a grand salute and throngs came out to whoop it up. A tremendous monsoon dust storm failed to dim the optimism of the little upstart metropolis that had finally had a railroad.

The train pulled into the Phoenix Train Depot at 7th Street, below Adams and was greeted by a cheering crowd. The soon-to-be capital city was now connected to the outside world by rail.

With the purchase of a $3 ticket, same as the stagecoach fare, Phoenicians could now make the 2-hour and 40-minute ride to Maricopa in relative comfort—a far cry from those leather-slung “cradles on wheels” called stagecoaches.

After all the hoopla died down the engineer threw the little Baldwin into reverse and backed her all the way to Maricopa. That would continue for several months before second-hand turntable was installed.

The Valley of the Sun would not have a mainline railroad until a new line was built from Yuma along the Gila River reaching Phoenix in 1926.