The Day The Rails Reached Tucson There was cause for great celebration in Tucson on March 20th, 1880 when the Southern Pacific rolled into town marking the end of those hot, dusty stagecoach trips across barren deserts. 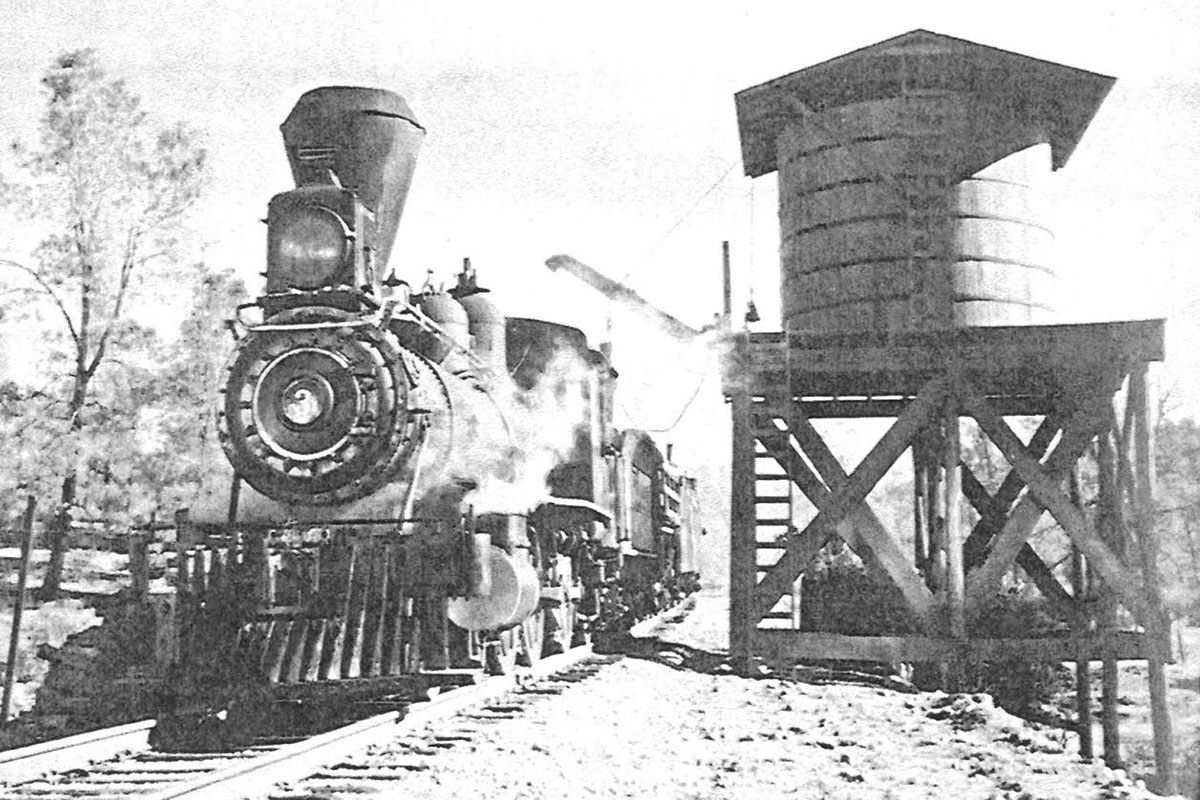 The building of the transcontinental railroad along the 32nd Parallel was a major milestone in Arizona history. Up to then the main means of transportation to bring people and supplies into the territory was stagecoach and wagon. So naturally there was cause for great celebration in Tucson on March 20th, 1880 when the Southern Pacific rolled into town marking the end of those hot, dusty stagecoach trips across barren deserts.

The town of Tombstone presented Tucsonian’s with a silver spike in honor of the occasion. After a day of spirited celebrating that included speech-making, ballyhooing, drinking, self-congratulatory telegrams were sent to dignitaries from New York to San Francisco. The “Old Pueblo” had arrived and they wanted everybody to know about it.

Among those who’d overindulged in strong spirits, included Mayor, Bob Leatherwood. He decided share the good news with Pope Leo XIII in Rome.  The good ‘ol boys teamed up and composed a self-congratulatory telegram to the Vatican which read as follows:

To His Holiness the Pope of Rome in Italy:

The mayor of Tucson begs the honor of reminding

Your Holiness that the ancient and honorable pueblo

founded by Spaniards under the sanction of the Church

more than three centuries ago, and to inform Your

Holiness that a railroad from San Francisco, California

now connects us to the entire Christian World.

Before the telegrapher could send the message some of the more sober citizens advised him to reconsider. Not wanting to cast pall over the celebration by having the Pope ignore Tucson’s coming out party, it was said they slipped him a few bucks to “can” the message to allow them to write a reply for the celebrants.

That being done the telegrapher carried the message over to the assemblage where Mayor Leatherwood was holding court. Without bothering to preview the Pope’s “reply” the mayor called the crowd to attention and read aloud:

“His Holiness the Pope acknowledges with appreciation

the receipt of your telegram informing him that the ancient

outside world and sends his benediction, but for his own satisfaction would ask, where the hell is Tucson?”