The Gatling Gun How effective were gatling guns against the Indians? 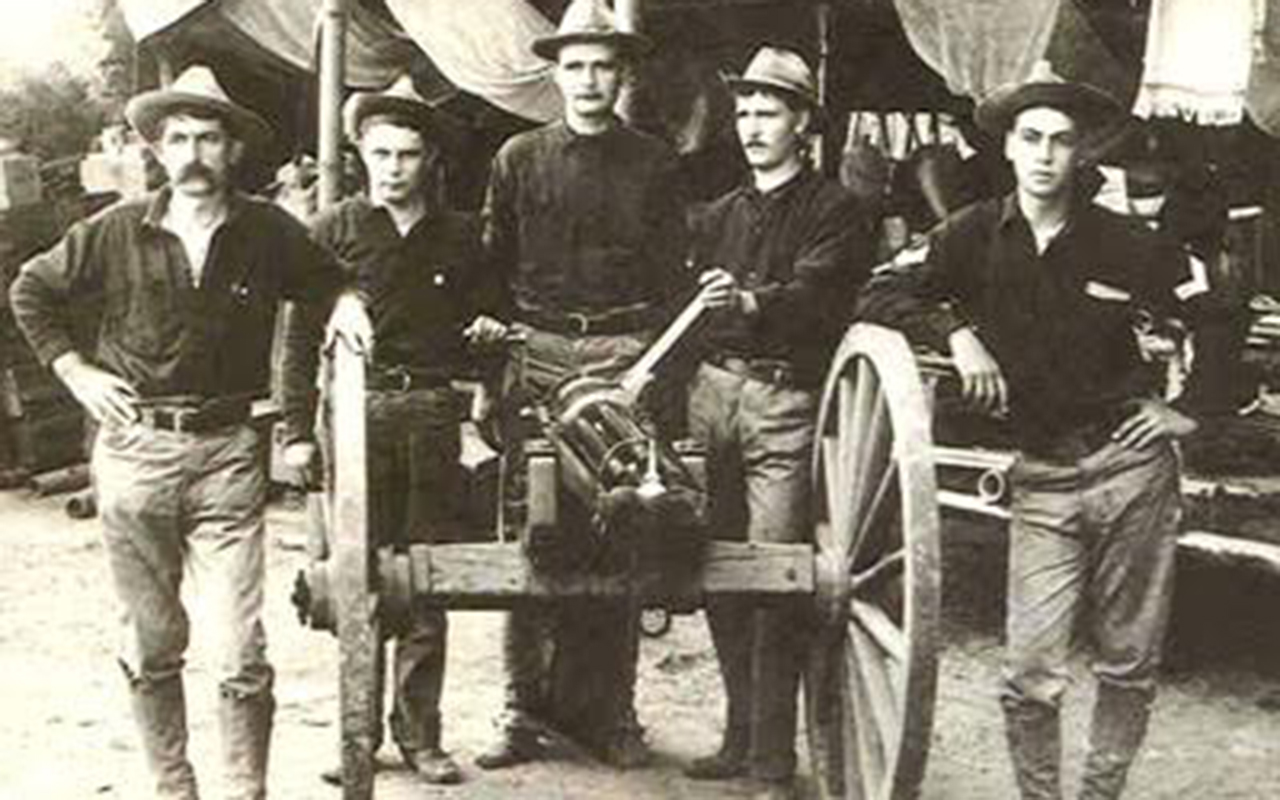 The Gatling Gun was a spring-loaded, multi-barrel, hand-cranked machine gun. Invented in 1861 by Richard Gatling. It fired 350 rounds a minute (if it didn’t jam) from a bank of ten revolving barrels turned by a crank and gravity-fed from a hopper. Unskilled operators could fire up to 200 rounds a minute.

It saw only limited action by union forces in the Civil War. The Army didn’t authorize it until a year after the war ended but commanders could purchase it with their own funds. The Gatling saw action in the Battle of Petersburg.

Over the next few years the Army adopted Gatling’s in several calibers including .42, .45-70, and .50. During the Spanish American War, the Army had four batteries using M1895 Gatling’s that fired .30 caliber cartridges. During the 1880s and 1890s Gatling’s firing .45-70 cartridges were mounted on some Navy ships.

The guns had large wheels which gave them a high firing position, something that increased the vulnerability of the gunners. Prior to smokeless power that became available in the late 19th century, sustained firing produced huge clouds of smoke and made the gunners and the guns, easy targets for enemy artillery and snipers.

Like the Hotchkiss “Mountain” Gun it could go anywhere a wheeled vehicle could go but was ineffective in timber or rough mountain country.

They certainly would have been worthless in General George Crook’s Tonto Basin campaign in 1872-1873 or his Sierra Madre Campaigns in the 1880s. General Nelson Miles declared them worthless for Indian fighting, saying “the range was no longer than the rifle and the bullets so small you couldn’t tell where they strike.” They jammed easily from the black powder and overheated too. Others like General Edward Ord and Colonel Ranald McKenzie were impressed with it and by the 1880s it gained more respect.

Custer declined taking Gatling Guns in to battle in June 1876 at the Little Big Horn because he thought they would hamper his mobility. They were used against the Cheyenne in Oklahoma in 1875. They were used to rake their positions, killing six. During the Red River War in 1874-75 they were used in battle along the Canadian River against the Kiowa and Comanche.
During the Nez Perce War 1877-78 General Oliver Howard used Gatling Guns. The Nez Perce generally got the best of the Army every time, so I don’t think the Gatling’s were too effective, but I have to believe the sheer firepower exhibited by these weapons was bound to have a psychological effect on one’s foes.

It was the ancestor of the modern electric motor-driven rotary machine guns and rotary cannons.