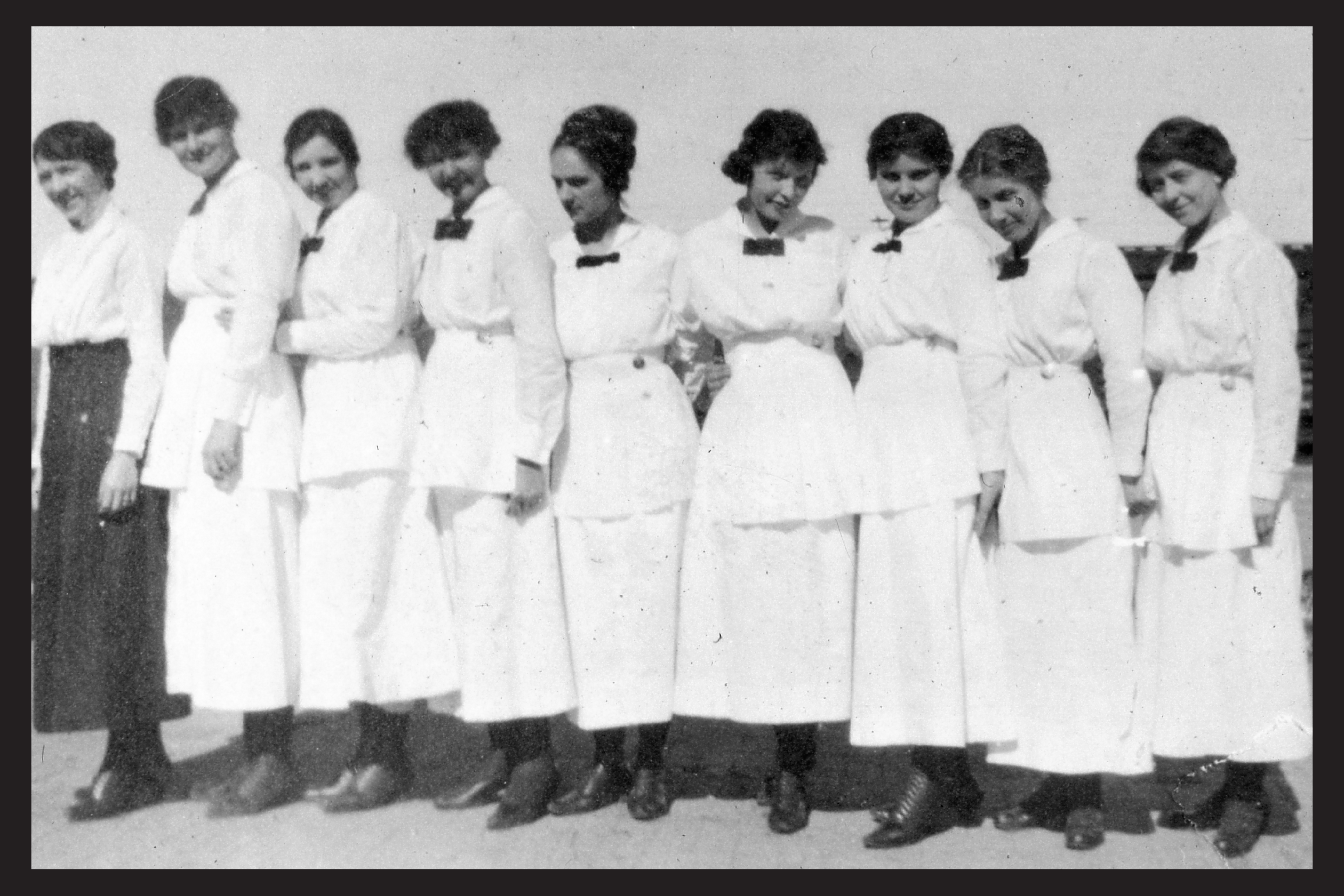 Humorist Will Rogers once quipped, “Fred Harvey supplied the West in food and wives.”

It wasn’t just the excellent food that attracted people to his restaurants. Harvey hired a wholesome group of young, attractive, intelligent, women between the ages of 18 and 30 to leave their eastern homes and come west to work as Harvey Girls. For a young lady hoping to escape from the hometown doldrums or one with visions of romance and marriage, the job was a dream come true.

The Harvey Girls were recruited in the eastern part if the country through newspaper advertisements which read: “Young women 18 to 30 years of age of good character, attractive and intelligent, as waitresses in the Harvey Eating Houses in the West. Good wages with room and meals furnished.”

Harvey paid good wages, $17.50 a month and offered free room and board. They had to be in bed at 10:30 on weekdays and 11:30 on Saturday. The dorms had house mothers to look after the ladies and keep the railroaders and cowboys from trying to sneak in after hours.

The women signed a one-year contract promising not to get married until the contract was up but no sooner had she stepped down from the train and the marriage proposals came rolling in. The pretty ones took about a day, while the ugly ones took three days at most.

They were a welcome sight to the lonely cowboys, cattlemen, miners and railroaders.

A Harvey Girl could usually have her pick of the most prosperous gentlemen in town. Harvey never held them to the non-marriage clause, in fact, like a proud father, he’d even throw a wedding party in her honor.

The turnover of help was never a problem as there was always a long waiting list of applicants anxious to go west and work as a Harvey Girl. It was said Harvey preferred to hire plain-looking girls because they were more likely to fulfill their contracts. Also according to one, “the plain ones seemed to get in less trouble.”