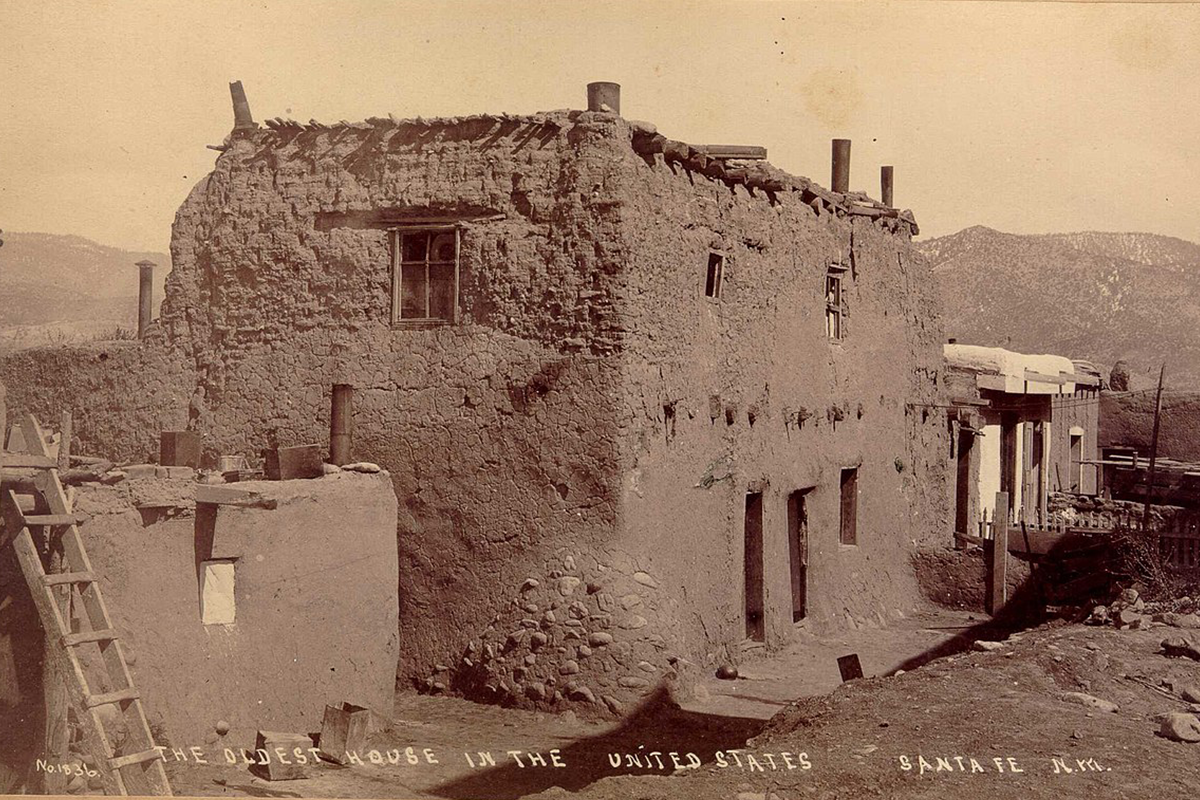 The Mexican Revolution ended in 1821 and brought about many changes in foreign policy. Up to then Spain didn’t allow her colonies to trade with the U.S. American traders venturing into Santa Fe were thrown in jail, sometimes for years. Both sides needed something the other possessed. Santa Fe located far from Mexico City, more of an afterthought to Spanish authorities, desperately need manufactured goods while the Americans needed hard currency. Mexico had an abundance of silver. When Mexican soldiers encountered Indian trader William Becknell near the Arkansas River in November 1821 they invited him to bring his trade goods to Santa Fe where he would find a welcome market. The Becknell Party entered Santa Fe on November 16th,1821. Thus began a long relationship of culture and commerce between the two young republics.

Becknell returned to Franklin, Missouri in late January from his first expedition to Santa Fe with buffalo-hide bags full of Mexican silver and rich beaver pelts from the rivers and streams of Arizona.

In 1822 Becknell led another, this time taking the first  wagons over the trail. You could pack 200 to 300 pounds on the backs of horses and mules but load, 5,000 to 6,000 pounds in wagons. When Becknell left Franklin in May with 21 men and three wagon’s he knew he would have to find a way around rock strewn Raton Pass which could destroy wheels and axels which would become known as the Mountain Route.

As they reached near where Dodge City is today, Becknell selected a trail southwest between the Arkansas and the Cimarron rivers. This would shorten the road from 870 miles to 775 miles. The only drawback is the lack of forage and the water holes were few and far between. They would call it the Cimarron Cutoff.

Raton Pass would not become a wagon road until 1866 after Richens “Uncle Dick” Wooten and his crews finished a toll road. A dozen years later he would sell his road to the Santa Fe Railroad.

One of the men accompanying Becknell was Ewing Young, who would become known as the greatest trapper in the Southwest, and the mentor of a young man named Kit Carson.