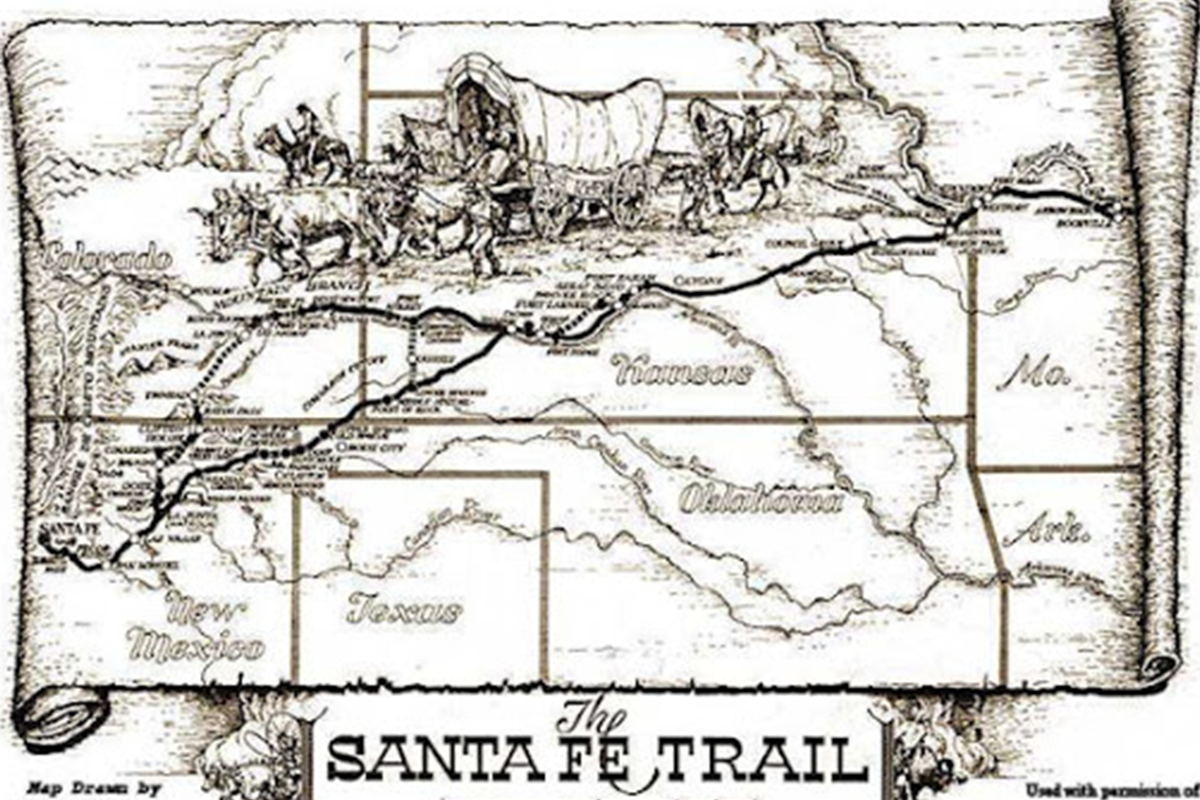 At this time St. Louis was a raw, crude, boisterous city of some 4,600 people made up mostly of French, Indians, Spanish, Germans and Americans. Actually, the first jumping-off point was Franklin, a little town on the Missouri River. High waters soon washed it away so Westport and Independence on the western border of Missouri rose to prominence as the gateway to the vast western terra incognita.

The Mexicans needed these goods and Americans needed silver so was a win-win situation for both countries. Except for a brief interruption during the Mexican War in the 1840’s the slow, puddin’-footed oxen plodded up and down the trail until the arrival of the railroad in the 1880s.

Accidental gunshot wounds was another problem encountered by these merchants who had little experience with firearms. Kit Carson, in his first trip west on the Santa Fe Trail described a primitive amputation where a knife, saw and a hot iron to sear the wound were the medical instruments. It might be added the surgery required several assistants to hold the patient down while the operation was in progress. This was before sulfuric ether was first used by Boston Dentist Wm.T.G. Morton on October 16th, 1846. Strong whiskey was an important ritual prior to surgery for both patient and “surgeon.”

Many of the American traders never returned to their homeland but chose to remain in the Southwest. A great number married Mexican women, raised families and formed a blending of the cultures forming dynasties that is still a characteristic of the area today. Others headed off to the mountains on some new adventure.

On July 4th, 1879 the Santa Fe Railroad arrived in Las Vegas and February 9th, 1880 the railroad, on an 18-mile spur line from Lamy Station, arrived in Santa Fe. On April 9th1880 it arrived in Albuquerque, an event that effectively marked the end of the Santa Fe Trail.