The Saga of Pakoon Clem 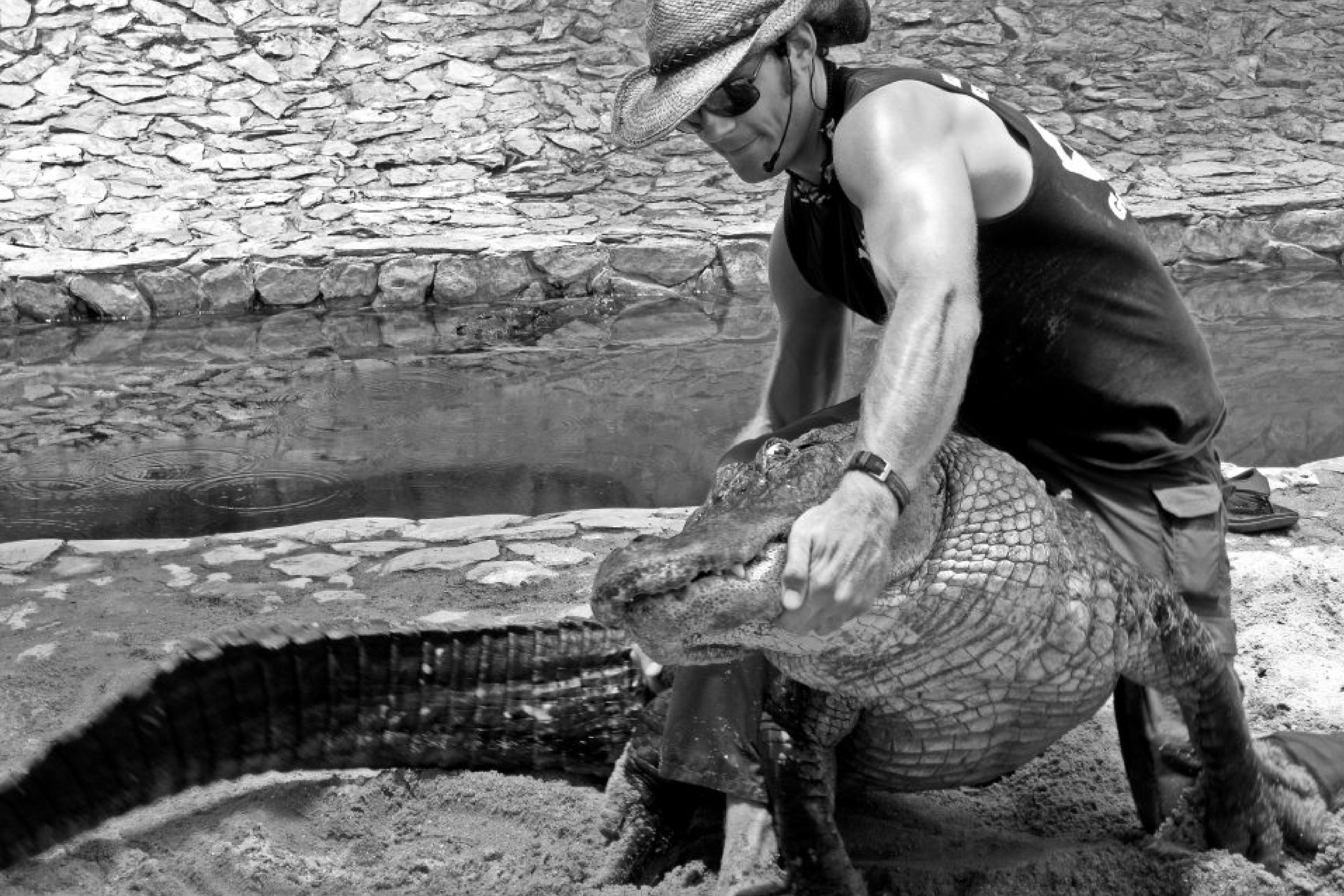 Catching wolves with one’s bare hands isn’t something I recommend for everybody, but it’s not farfetched. Men have been known to snatch a rattlesnake by the nape of the neck, wrestle bears so why not catch a wolf with your bare hands. But wrestling Alligators in Arizona? Let me share a story of something strange that happened in northern Arizona in 2005.

A 10-ft. 300 lb. alligator lived on the remote Arizona Strip between the Utah border and the North Rim of the Grand Canyon at Prashant National Monument. The reptile had been seen so rarely that many considered it a myth. The gator had been left there by his owner in 1986 when he sold the land.

Russ Johnson, President of Phoenix Herpetological Society, went with a team to retrieve it in a shallow pond in June. Unfortunately, they went during the mating season. The poor alligator had lived there at Pakoon Springs for 19 years without a mate. Being a lone alligator mating season opportunities there are not good. During mating season they won’t eat so the sexually frustrated gator wouldn’t take the bait set that was out for him. Rescuers had to wait and try again later.

The BLM put up a sign, “Danger Alligator. Do not approach it. Do not let your children swim with it. Do not leave your pets unattended by the bank.”

First, they threw a loop around his jaws then a towel over its head so it couldn’t see, then one jumped on its neck, pushing its head down and getting a choke hold. Another jumped its back and grabbed a front leg and lifted it off the ground. At the same time two others jumped on the torso to add weight and keep him from rolling. Another jumped on the tail and grabbed a rear leg. Then came the rodeo. After the gator wore himself out duct tape was wrapped around between its snout. Then it was carried to a waiting trailer, lined with wet carpet and hauled to Phoenix.

People buy them for pets when the gator gets too large to manage they sometimes dump them in lakes. It can be dangerous for a child or ol’ Shep. An alligator doesn’t know the difference between a kid, a pet dog and a pork chop.

Let’s all hope the folks at the Herpetological Society provided Ol’ Clem with a mate.