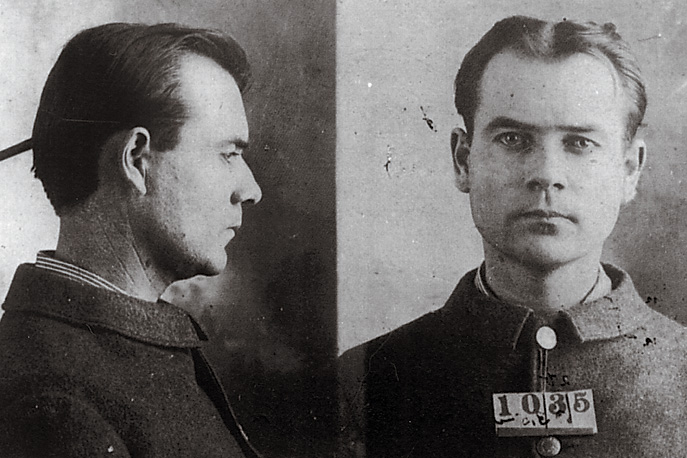 Who was the Wild Bunch? What crimes can be attributed to the gang? And who participated in those crimes? These questions defy simple answers.

Take the last: Who participated in the gang’s crimes? The bandits almost always escaped, which makes identifying them difficult.

Eyewitnesses are unreliable at best, and they are especially dodgy regarding masked perpetrators.  Witnesses to Wild Bunch crimes disagreed on descriptions, even on how many bandits were involved. Those indicted were usually acquitted. So how can we, a century later, determine the truth? We can only try.

On June 24, 1889, Butch Cassidy, Matt Warner and Tom McCarty (abetted by others, perhaps including Bill Madden and Butch’s brother, Dan Parker) robbed the San Miguel Valley Bank in Telluride, Colorado, of around $20,000. Considering that trio as the root of the Wild Bunch, we can fold in later crimes in which they participated.

Tom McCarty and Matt Warner along with Tom’s brothers Bill and George, his nephew Fred, his brother-in-law Hank Vaughan, and George’s wife Nellie staged about 10 holdups in Oregon, Washington and Colorado between 1890 and 1893. The outlaws’ tastes were catholic: They hit trains, banks, casinos and stores. The gang dissolved after Fred and Bill died during an 1893 attempt on the Farmers and Merchants Bank in Delta, Colorado.

The Rocky Mountain branch of the Wild Bunch made an inauspicious start on November 29, 1892,  near Malta, Montana, when three men—probably the Sundance Kid, Harry Bass and Bill Madden—held up the Great Northern No. 32 and netted less than $100.   Bass and Madden were caught and implicated Sundance, who had escaped.

Butch Cassidy’s outlaw career resumed in 1896, after a two-year prison term for horse theft. On August 13, he, Elzy Lay and Bub Meeks robbed Idaho’s Bank of Montpelier of $7,165. The money went to attorneys defending Matt Warner for murder. On April 21, 1897, Butch, Lay and perhaps Meeks and Joe Walker stole a $9,860 mine payroll in Castle Gate, Utah.

On June 28, 1897, six bandits flubbed a holdup of the Butte County Bank in Belle Fourche, South Dakota.  Tom O’Day was caught hiding in a saloon privy. His cohorts included Walt Punteney, George “Flat Nose” Currie, Harvey Logan (making his debut in the Wild Bunch) and Sundance. Butch may have participated, but it’s doubtful. The bungling bandits got $97. O’Day was tried and acquitted; Punteney was arrested, but the charges were dropped.

Butch’s reputation outpaced his criminal record.  In a story headlined “King of the Bandits,” a Chicago daily declared in early 1898 that “Butch Cassidy is a bad man.” Not just any bad man, but “the worst man” in Utah, Colorado, Idaho and Wyoming, the leader of a gang of 500 outlaws “subdivided into five bands.”

On July 14 that year, a trio of bandits, said to have been Sundance, Logan and Currie (though they were never identified), held up the Southern Pacific No. 1 near Humboldt, Nevada, escaping with $450. Two other men were tried for the holdup and acquitted.

Meanwhile, other outlaws were roaming the Southwest.  Three Texas delinquents, Tom “Black Jack” Ketchum, Dave Atkins and Will Carver, held up a Southern Pacific train near Lozier, Texas, on May 14, 1897, taking upwards of $42,000. Reinforced by Tom’s brother, Sam, and possibly Bruce “Red” Weaver, they robbed the Gulf, Colorado & Santa Fe No. 1 on September 3, 1897, of several thousand dollars.  Weaver was later tried for the crime and acquitted.

Success bred carelessness. On December 9, 1897, five bandits, probably the Ketchum brothers, Carver, Atkins and Edward H. Cullen, attempted to rob the Southern Pacific No. 20 near Stein’s Pass, New Mexico, but met a fusillade from armed guards. Cullen was killed; the other four, though wounded, escaped.   Unchastened, four men—probably the Ketchum brothers and perhaps Carver and Ben Kilpatrick—robbed the Texas Pacific No. 3 at Mustang Creek, Texas, on July 1, 1898, grabbing between $1,000 and $50,000 in cash. (Victims were not forthcoming about how much was stolen. Sometimes employees pocketed overlooked money and included it in the amount said to have been taken by the bandits. At other times, initial accounts lowballed the sums, and the truth came out decades later.)

Elzy Lay joined the gang just in time for its train-robbing blitz to come to a bloody halt. On July 11, 1899, Sam Ketchum, Lay and Carver overpowered the crew of the Colorado & Southern No. 1 and galloped off with some $30,000. (Weaver, thought to have been standing guard nearby, separated from the others.)  After the holdup, the three principals were surprised by a posse. When the dust settled, one posse member was dead and two were wounded, one mortally; Sam Ketchum was mortally wounded; Lay was wounded and later captured; and Carver escaped. (Some say the third bandit was Harvey Logan, not Carver.)

Tom Ketchum, meanwhile, picked an inauspicious moment to launch a solo career. On August 16, 1899, he attempted holding up the Colorado & Southern No. 1 near Folsom, New Mexico, but was shot, captured, tried, convicted and hanged.

These calamities should have been a lesson to Carver and Kilpatrick, but they merely moved north and joined the Wild Bunch proper.

The first crime that consolidated what was left of the various gangs was the June 2, 1899, robbery of the Union Pacific Overland Flyer No. 1 near Wilcox, Wyoming. This holdup, which yielded between $3,400 and $50,000, made the Hole-in-the-Wall Gang nationally famous.  “They were lawless men who have lived long in the crags and become like eagles,” averred the New York Herald. Yet we can’t place Butch or Sundance at the scene with any precision. Witnesses reported six masked men; most historians count George Currie, Harvey Logan, his brother Lonnie Logan and their cousin Bob Lee among them.

The lawless eagles swept down again on August 29, 1900, robbing the Union Pacific Overland Flyer No. 3 near Tipton, Wyoming, of between $55.40 (the initial account) and $55,000 (a later report). The five bandits included Butch and probably Sundance and Harvey Logan. Also suspected were Ben Kilpatrick, Tom Welch and Billy Rose. Tipton was the first crime in which Butch and Sundance are generally agreed to have teamed up. They were just six months from fleeing the country.

Three weeks later, on September 19, three or four bandits struck the First National Bank in Winnemucca, Nevada, collecting between $32 and $40,000. Sundance, Carver and Logan are thought to have participated, but some suspected local miscreants, and others called it an inside job. The bank’s head cashier, George Nixon, at various times agreed and disagreed that Butch was present. A few years later, a newspaper recounted a conversation in which Sundance supposedly disclosed that he, Butch and Carver were responsible.  Stories that the bandits had camped near Winnemucca as early as September 9, however, have prompted researchers to question whether Butch could have been at both Tipton and Winnemucca, 600 miles apart.

Butch and Sundance left for Argentina in February 1901.  Today popularly considered the leaders of the Wild Bunch, they had teamed up on only two or three robberies. As crime sprees go, it was not much of a run. Their colleagues sputtered on, but within a couple of years most were dead or in jail.

On July 3, 1901, what was left of the gang on North American soil attacked the Great Northern Coast Flyer No. 3 near Wagner, Montana, fleeing with about $40,000. There were four to six bandits, including Harvey Logan, Ben Kilpatrick and O.C. Hanks.  Kilpatrick and Logan went to prison for passing bank notes from the holdup, and Hanks died the next year in a confrontation with authorities in Texas.

Logan, who had escaped from jail in 1903, rounded up two friends, probably from Ketchum territory, for what would be his farewell appearance, the botched holdup of the Denver & Rio Grande near Parachute, Colorado, on June 7, 1904. Wounded and cornered, Logan committed suicide. The list of possible accomplices is long, but George Kilpatrick (Ben’s brother) and Dan Sheffield are high on it. George is thought to have been mortally wounded, although his body was never found.

So, what was the Wild Bunch? Between the late 1880s and early 1900s, there were several gangs, comprising several dozen outlaws, who are part of the Wild Bunch story. The McCarty-Warner and Ketchum Gangs had more coherence than the Rocky Mountain Wild Bunch, perhaps because they were family based.  All the bandits put together committed or attempted more than two dozen holdups.  They probably didn’t do some they’ve been blamed for, and they probably pulled others they’ve never been accused of.

Of the approximately 20 outlaws who can be counted in the Rocky Mountain Wild Bunch during its heyday, the 1896-1901 Montpelier to Wagner era, few participated in crimes together more than a couple of times, and the gang’s holdups in that period numbered a scant five to seven. Butch and Sundance—surprisingly, given their later iconic status as a joined-at-the-holster outlaw duo—teamed up in the United States no more than three times.  If they hadn’t gone to South America and died together, the 1969 movie would never have been made, nor this article written.

Daniel Buck and Anne Meadows are contributing editors of South American Explorer, and Anne wrote Digging Up Butch & Sundance (1996). A bibliography of their works on the Wild Bunch can be found at: http://ourworld.compuserve.com/homepages/danne/