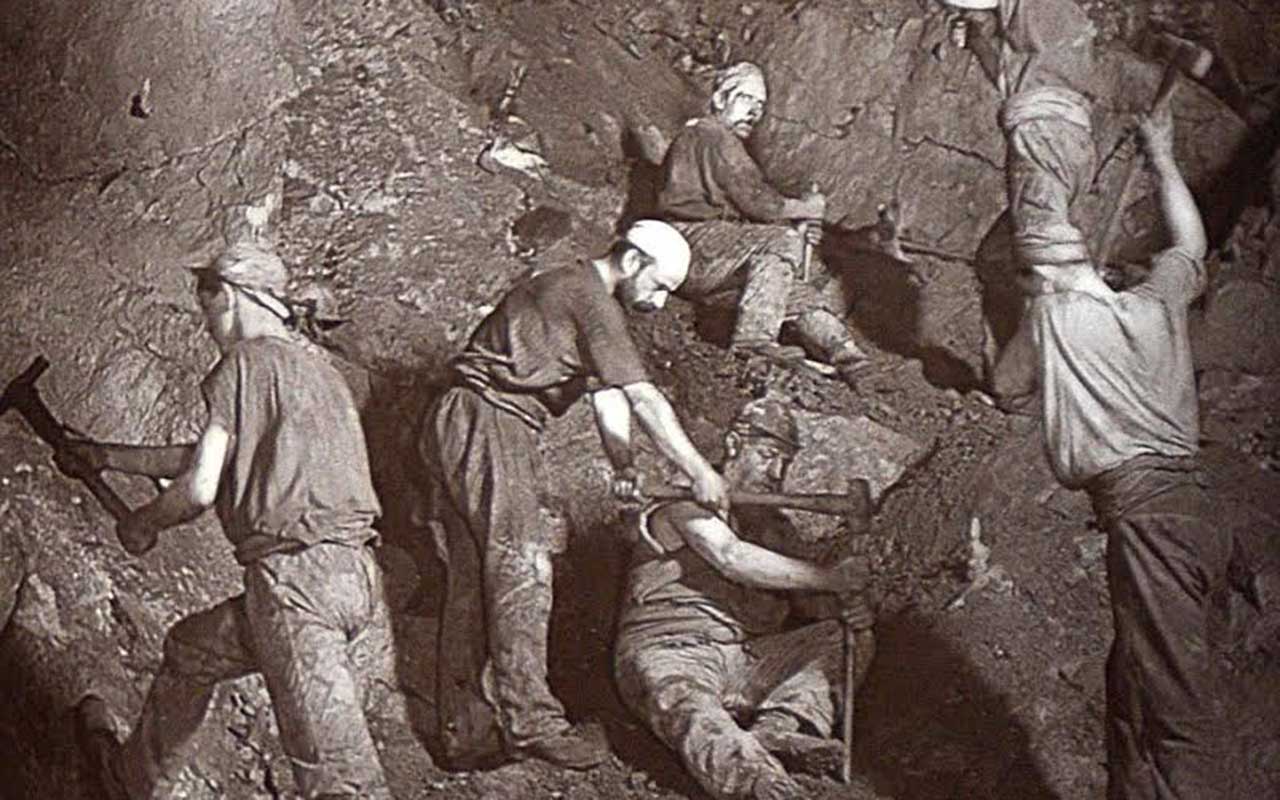 The Comstock Lode produced over 400 million dollars over the next thirty years and produced sixty millionaires, more than all the other mines in the West. Among the tireless adventurers who made the long walk from Placerville in 1859 were a couple of Irish immigrants named John Mackay and Jack O’Brian. The greatest success story of all was that of Irish immigrant, John Mackay.  He and his pal Jack O’Brian were strolling into the boom town of Virginia City when O’Brian turned to Mackey, “Johnny,” he asked,  “have yez any money?”

” Hand it over!” Mackay tossed the coin to O’Brian a fifty-cent piece, examined it, then threw it out into the chaparral.

In 1872 Mackay and four other Irish immigrants were duped into buying a worthless claim, the Virginia Consolidated. The stubbornly refused to give up and in. For ten months they dug into the mountain then they hit a thin vein of silver but that soon pinched out. They searched and found it again and soon the vein widened to twenty feet, then fifty. Soon it expanded into a vein twenty feet high, fifty feet wide and a hundred and twenty feet long of almost pure gold and silver. Incidentally, a foot-wide vein was considered rich.  In some places the vein was three hundred feet wide. They had discovered the heart of the Comstock.

Mackay was the engineering genius of the Big Four. He had almost no formal education, stuttered badly but he was blessed with extraordinary intelligence.

He was famous for his honesty, fair dealings with his employees, and generosity, especially to the charities, giving away some five million dollars. The world-famous Mackay School of Mines at the University of Nevada in Reno is one of his proudest legacies.